South Australia’s Labor Opposition Leader Peter Malinauskas takes notes when he looks across the border at the Victorian Coalition.

“I’ve looked at the conduct of the Victorian opposition on more than one occasion. It’s been guidance for the things we don’t want to do,” he said.

He’s far from the sole critic of the state opposition, which has been scrutinised for its combative style during the pandemic. Despite its attacks and Labor’s world record-length lockdowns, The Age’s Resolve Political Monitor shows the Coalition has not gained ground since its demolition in the 2018 election, and a recent Newspoll showed it had lost support since that ballot. 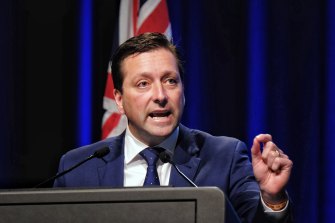 Oppositions at state and federal levels have struggled as Australians looked to incumbents to provide security in a time of disruption, and of those state opposition leaders in office when COVID-19 struck, the 41-year-old South Australian is the only one still in the job. West Australia’s Liberal opposition has two lower house MPs and opposition parties in Queensland, Tasmania and the ACT lost seats in virus-focused elections.

As Victorian Opposition Leader Matthew Guy and his predecessor Michael O’Brien threw daily barbs at Labor, there were two alternative premiers who took a different path.

Mr Malinauskas and NSW Labor leader Chris Minns decided the pandemic was a health crisis that called for regular political hostilities to be put aside. And both enter 2022 with polling numbers that put them within reach of election wins. The most recent poll shows SA Labor is down 51-49, while internal NSW Labor polling shows Mr Minns almost neck-and-neck after NSW Premier Gladys Berejiklian resigned.

“The government’s got to make split-second decisions that affect millions of people with the information they’ve got in front of them. Who’s going to get it right 100 per cent of the time? No one. So, the best you can hope for is a good batting average and to listen to health experts.”

Victoria has been characterised by the opposition’s regular criticism of the Andrews government on issues ranging from the speed of border closures, reopening schools and aiming for COVID-zero. In December, Mr Guy questioned the call to retain masks in retail and in the months before that, one in five Coalition MPs joined “freedom” protesters to campaign against the government’s pandemic bill which the opposition dubbed the “lockdown law”.

When Mr Guy returned to the Liberal leadership in September, he pledged to be more positive. Both he and predecessor Michael O’Brien have been weighed down by the ill-discipline of some MPs – especially on social media – who have described the Premier as a dictator and compared him to Adolf Hitler.

The Victorian opposition’s strategy can be explained partly by Premier Daniel Andrews’ divisive style, said Resolve Strategic pollster Jim Reed. Mr Reed said the Premier, who never uses the name of opposition leaders and regularly calls the Coalition “irrelevant”, was respected by much of the electorate who believed he kept them safe, but he turned off many voters after his government’s hotel quarantine failings that led to the state’s second wave of infections.

“Whether an opposition leader can or will attack their opponent is partly their choice, of course, but the tenor of political debate is just as often dictated by the incumbent,” he said. “The opposition is reflecting and reinforcing the views of a constituency who want him held to account.”

A spokesman for the opposition said Victorians suffered the world’s “longest lockdown”, the harshest restrictions in Australia, a ban on playgrounds and the highest number of deaths in the country.

“Daniel Andrews’ restrictions have gone harder and harsher than any other state, with measures imposed being described as inhumane and breaching human rights by the Ombudsman. Victorians would expect there to be serious scrutiny of such government policy failure,” he said. 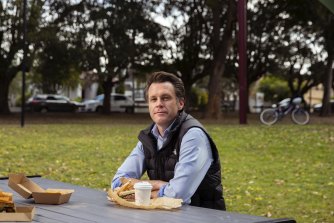 NSW Opposition Leader Chris Minns: “The best you can hope for is a good batting average and to listen to health experts.”Credit:Dominic Lorrimer

The South Australian, who became Labor leader after it lost government in 2018, said media outlets would not pick up clips from his press conferences if he failed to attack the government. “I don’t get a run, so it means you’re not in the media as much as you otherwise would be, which then runs the risk of [people asking] ‘who’s the opposition leader?’,” he said.

“The orthodoxy is that if you back in the government’s good idea, you elevate the government – well that’s probably true, but you elevate yourself for being honest. If you oppose literally everything, then people stop paying attention to what you’ve got to say.”

Mr Malinauskas attacked the government over its management of quarantine hotels and has been more critical of the government in recent weeks as the state’s border has opened and test and trace infrastructure has come under question. Mr Minns has also criticised the NSW Coalition for long testing queues around Christmas and questioned if public health restrictions were scrapped too quickly. 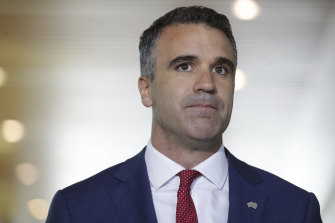 South Australia’s Opposition Leader Peter Malinauskas: “If you oppose literally everything, then people stop paying attention to what you’ve got to say.”Credit:Alex Ellinghausen

The SA Labor leader acknowledges that at least part of his opposition’s discipline is derived from the winning culture of SA Labor, which has been the natural party of government for decades. This contrasts with the Victorian Coalition, which has been in opposition for all but four years since 1999, breeding an unstable culture and pushing many talented MPs and staffers to avoid Spring Street and head to Canberra where the Coalition has been in government for much of the past 25 years.

But the cultural advantage Mr Malinauskas benefits from does not apply to Mr Minns, whose corruption-plagued NSW Labor Party has been a rabble for a decade. Its new leader has attempted to steady the ship by placing bipartisanship at the centre of his political strategy.

Throughout Sydney’s four-month lockdown, Mr Minns criticised the government for implementing a curfew and harsher rules in pockets of western Sydney where case numbers were greater. But the opposition leader spent much of the lockdown holding private conversations with the government and suggesting changes, some of which he achieved but did not publicly parade as “wins”.

“On a whole range of issues right throughout the pandemic, I would be speaking to the health minister [Brad Hazzard] every 24 or 48 hours. Most of those conversations were confidential,” he said.

The 42-year-old is a friend of NSW Premier Dominic Perrottet and the pair have had a beer together in the past after meeting through Parliament. “He’s a nice person and I don’t really like playing the man and not the ball, and I think he feels a similar way,” Mr Minns said.

“We talk a fair bit, actually. Stuff that’s not necessarily politics … We talk about things that are important to the state and we keep it confidential. I disagree with him, but I don’t think it has to be … horrible politics.”

Monash University political scientist Zareh Ghazarian said the Coalition’s questioning of the Victorian government’s public health approach had been driven in part by the conservative party’s philosophy that dictates governments should not wield unwarranted power over people’s lives. This contrasts with centre-left parties, like the ones led by Mr Malinauskas and Mr Minns, that more easily embraced strict public health measures.

While the two leaders have taken the gloves off, this shouldn’t be mistaken for benevolence. They calculated their approach would give them the best chance of winning an election. However, both claim their tactics have been motivated by acting in the public interest as their states faced a generational challenge.

“If we started questioning the motive of the government and claiming the decisions being made were illegitimate or motivated by something other than the health advice, you could really have a fracturing of social cohesion at the time when vaccination rates were quite low,” Mr Minns said.

01/03/2022 World News Comments Off on ‘No horrible politics’: The art of being in opposition during a pandemic
Recent Posts