The number of suicides increased in the United States in 2021 after two consecutive years of declines, new federal data finds.

In 2021, there were 47,646 suicides, according to provisional data featured in the report, published Friday morning by the Centers for Disease Control and Prevention’s National Center for Health Statistics. 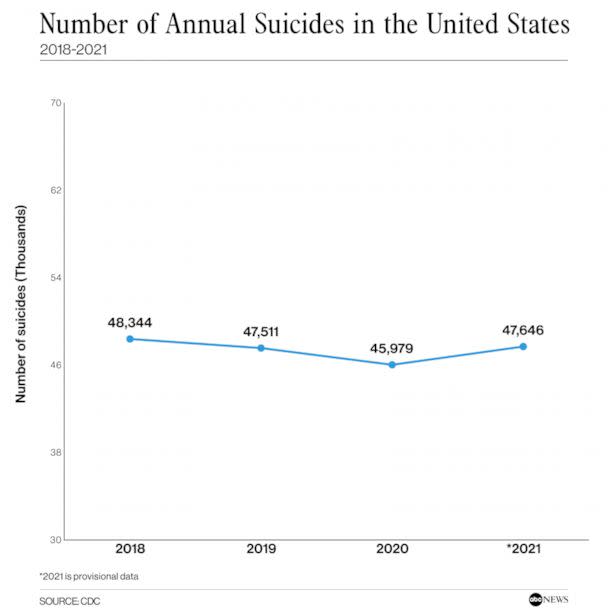 For the report, researchers looked at death certificate data from the NCHS as of May 15, 2022, looking at provisional data for 2021 and comparing it with final data for 2020 and earlier.

MORE: Many Black children are dying by suicide, doctors say: Understanding the why — and how to help

The report also found there were increases in suicide rates in nearly every age group. 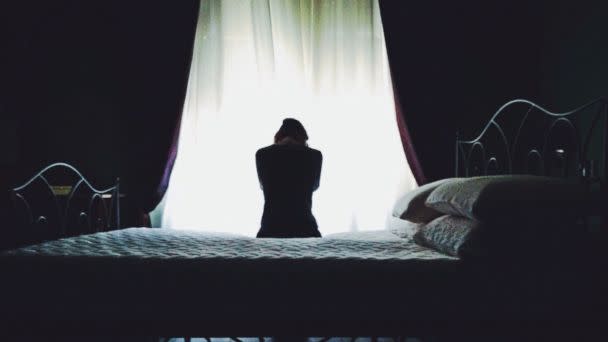 The report did not go into explanations of why suicides increased, but studies have suggested the COVID-19 pandemic led to an increase in mental health challenges, particularly among children and teens, that may have led to a spike in suicides.

Researchers are also studying if there is a link between people with long COVID and higher rates of depression and suicidal thoughts.

If you are struggling with thoughts of suicide or worried about a friend or loved one, call the National Suicide Prevention Lifeline at 1-800-273-8255 [TALK] for free, confidential emotional support 24 hours a day, seven days a week.

Number of US suicides rose 4% in 2021, CDC report finds originally appeared on abcnews.go.com