Stroke of luck: Drowning man is rescued by world champion swimmer who was holidaying on the same beach with his wife

A drowning man escaped death when an Olympic swimmer took a break from sunbathing to dive in the sea and save him.

Bronze medallist Filippo Magnini was relaxing on Cala Sinzias beach in Sardinia on Sunday when he heard cries for help.

The Italian swimmer, 37, leapt into action after the man got into trouble trying to retrieve an inflatable that had floated out to sea.

Magnini, who won the World Championships in 2005 and 2007, kept the man’s head above water until lifeguards came with rafts.

The swimmer was sunbathing on the beach, near Cagliari, with his model and TV presenter girlfriend Giorgia Palmas, when the incident unfolded. 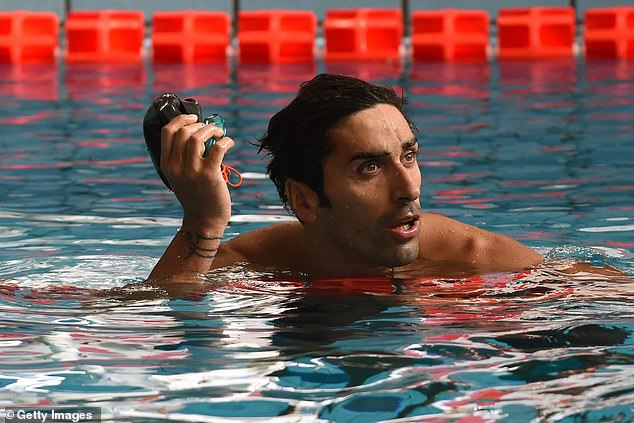 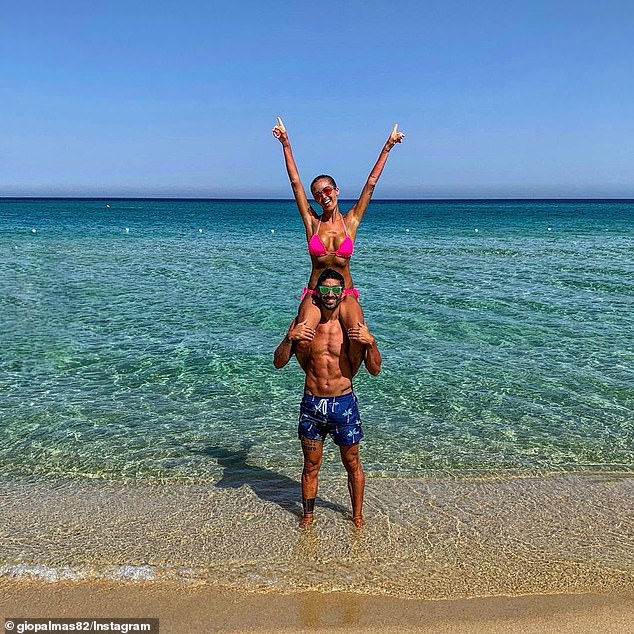 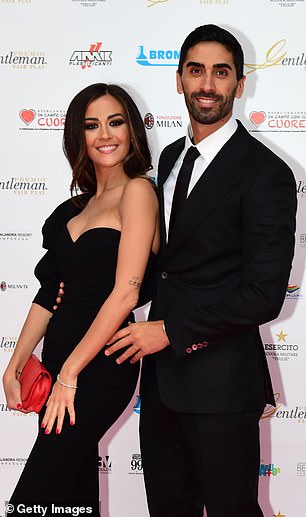 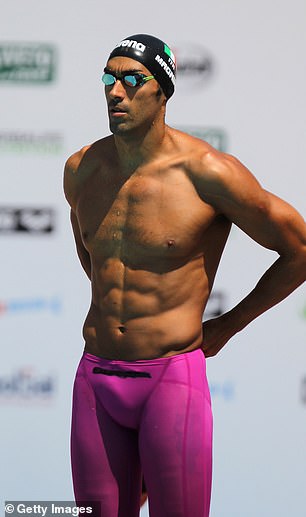 The swimmer was sunbathing on the beach, near Cagliari, with his model and TV presenter girlfriend Giorgia Palmas, when the incident unfolded

He told Italian sports newspaper Corriere dello Sport: ‘I just did what I had to.

‘The bather was in a lot of trouble: he was quite frightened, he was really stuck and had swallowed some seawater.

‘When I reached him he wasn’t even able to speak, and it wasn’t easy to lift him on to the raft, so we laid him on an airbed that some other bathers had nearby.’

Magnini retired from swimming after scooping bronze in the 4x200m freestyle relay at the Athens Olympics in 2004, winning the 100m freestyle at the 2005 and 2007 world championships. 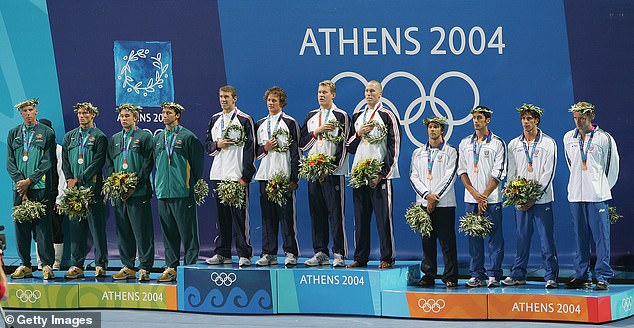 At 6ft2in tall, he also played basketball and volleyball as a youngster.

He failed to qualify for any of the events he was competing in at the London 2012 Olympic Games, blaming his coaches and management.

His girlfriend Ms Palmas is a well-known Italian celebrity, TV presenter and model, with 1.6million followers on Instagram.

She was pictured with him on the beach by Italian newspaper editor Marco Bencivenga, who witnessed the incident 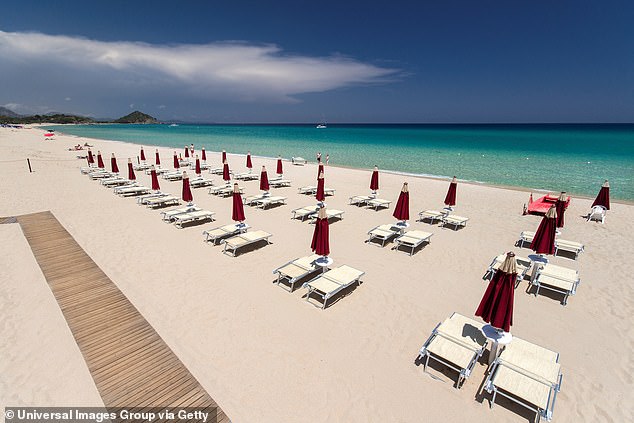