As a 19-year-old university student, Daniel Gock didn’t question the $115 he was paid for doing an overnight shift at his campus residence.

The job meant he was on-call to respond to students who had lost their room key or in need of a reminder to keep the noise down. In worst cases, their job involved responding to medical emergencies and mental health issues including attempted suicides.

Mr Gock, 23, is among a group of former students leading a class action against student accommodation provider UniLodge Australia for the alleged underpayment of wages. UniLodge last year recorded a profit of $6.7 million. 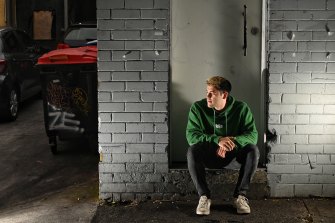 Daniel Gock who is part of a class action against UniLodge for underpayment while working for them as a student.Credit:Nick Moir

Mr Gock worked as a residential adviser at his University of Canberra residence doing overnight on-call shifts for two years from 2017. He said the job was stressful when he had to assert some authority over students who had been drinking. He had also felt under prepared to deal with serious mental health issues.

“We were 18- or 19-year-olds helping other university students our age with issues like mental health incidents,” Mr Gock said. “It’s quite an intense role which in retrospect was underpaid.”

Mr Gock said UniLodge paid him for two ordinary hours and one overtime shift about $47 which came to a total of about $115. He had worked from 5pm to 9am. 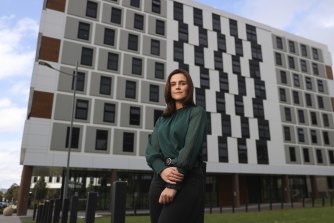 Taylor Meers, 23, worked as a residential adviser for UniLodge at the University of Canberra from January 2018 to June 2019. She said the job required her to keep a phone with her and to check the building about three times overnight and respond to any calls from students.

“The payments of their shifts worked very strangely,” she said.

“At that point I think we were all just happy we had a job working in our residence where we lived.”

The number of call-outs ranged from five to 10 and up to 50 on a very busy night. “You got very bizarre calls at 2am of incidents you had to attend,” Ms Meers said.

About three weeks after starting her job answering overnight calls from students staying in student accommodation at the Australian National University, Gabrielle Magyary was asked to help a girl who had harmed herself.

She had not yet been trained in how to deal with a mental health crisis and was paid about $100 to cover the on-call shift from 5pm until 8am.

“Going into the role you don’t realise what you are signing up for,” Ms Magyary said.

“I started before the intake period and worked for two to three months before I got my mental health training. I ended up going to mental health crises without any training.

“You’d get paid two hours casual and one hour overnight fee to hold the phone and do any tasks and overnight reception work. We were expected to do three security rounds of the building until 12am … We should have been getting paid more than three hours.” 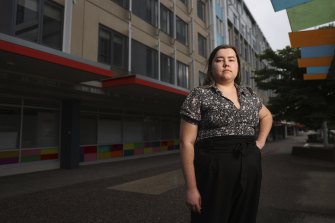 Adero Law is preparing to launch a class action on behalf of the students in February and alleges they should have been paid between $200 to $300 more for each overnight shift. It estimates their alleged underpayments range from about $31,000 to $62,000 in line with their length of service.

Rahul Bedi, senior associate at Adero, said he expected the class action would clarify whether a residential student could be treated as an on-call night-time operator and whether UniLodge could bypass the Higher Education Award and apply lower entitlements under the Hospitality Award.

Mr Bedi said there was no provision for an overnight shift under the Hospitality Award. He said students were paid for three and a half hours on weekends during the day, but should have been paid for a standard eight-hour shift.

A spokesperson for UniLodge said it was not an educational institution, and it appeared Adero Law’s claims “stem from a misunderstanding of our business and the award that we operate under”.

“UniLodge takes its workplace obligations very seriously and our team is our top priority. We hope to resolve any misunderstandings that may exist,” the spokesperson said.

“Our staff, including residential advisers, are paid in accordance with the [Hospitality] Award conditions relevant to their role and shifts worked.”

UniLodge said staff were provided with mental health and emergency response training which was regularly reviewed, internal support and access to an external Employee Assistance Program.

A University of Canberra spokeswoman said it has raised the wages issue with UniLodge which operates residential accommodation on campus as a contractor and referred the Herald to UniLodge to answer any questions about its arrangements.

A spokeswoman for ANU said it was not aware of the underpayment allegations “and they have not been brought to the university’s attention”.