OXFORD University's coronavirus vaccine has been approved by regulators today – and the jab will be rolled out to millions of Brits from Monday.

The news will bring much-needed hope as Covid cases surge, with thousands receiving treatment for the deadly bug in hospitals around the UK. 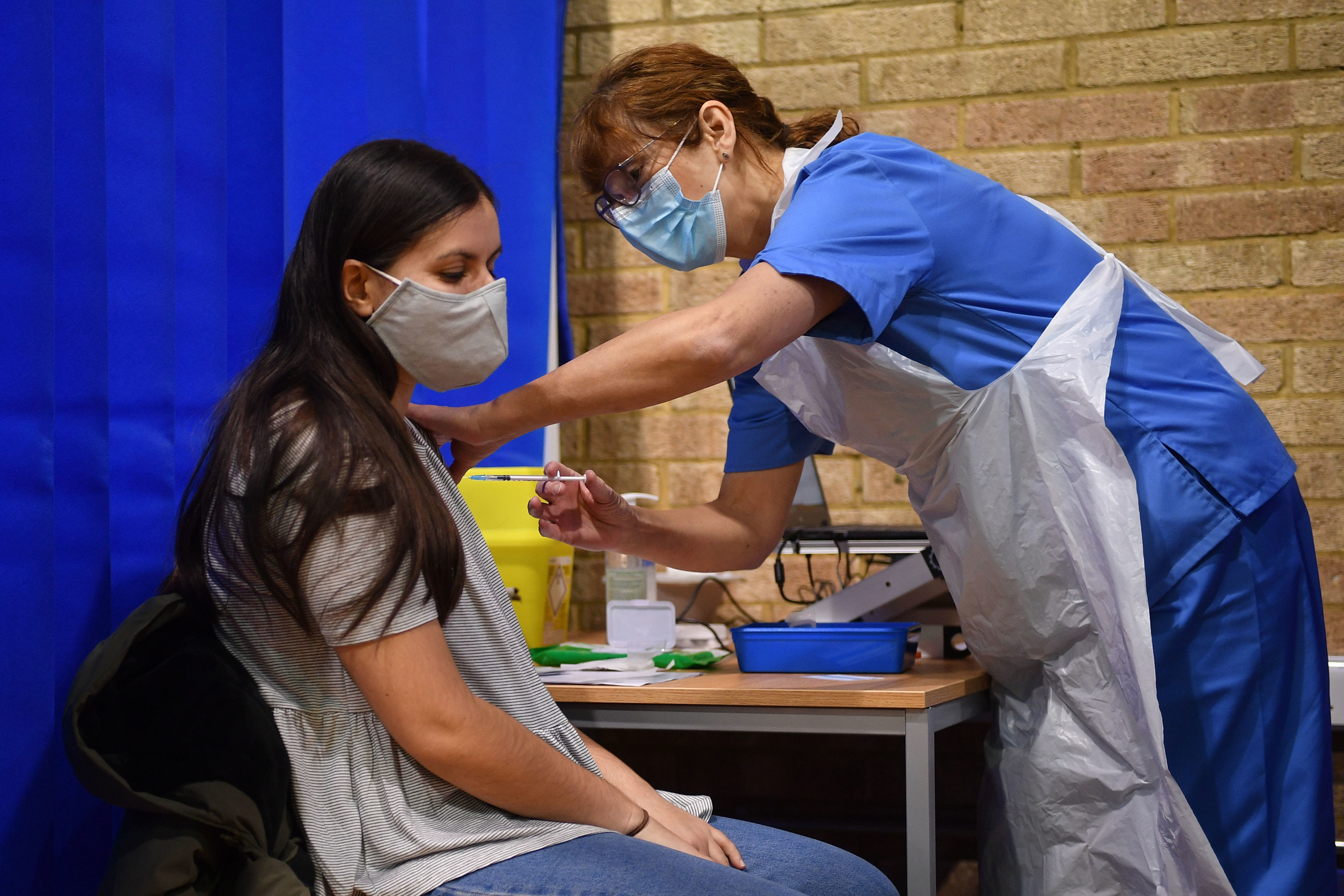 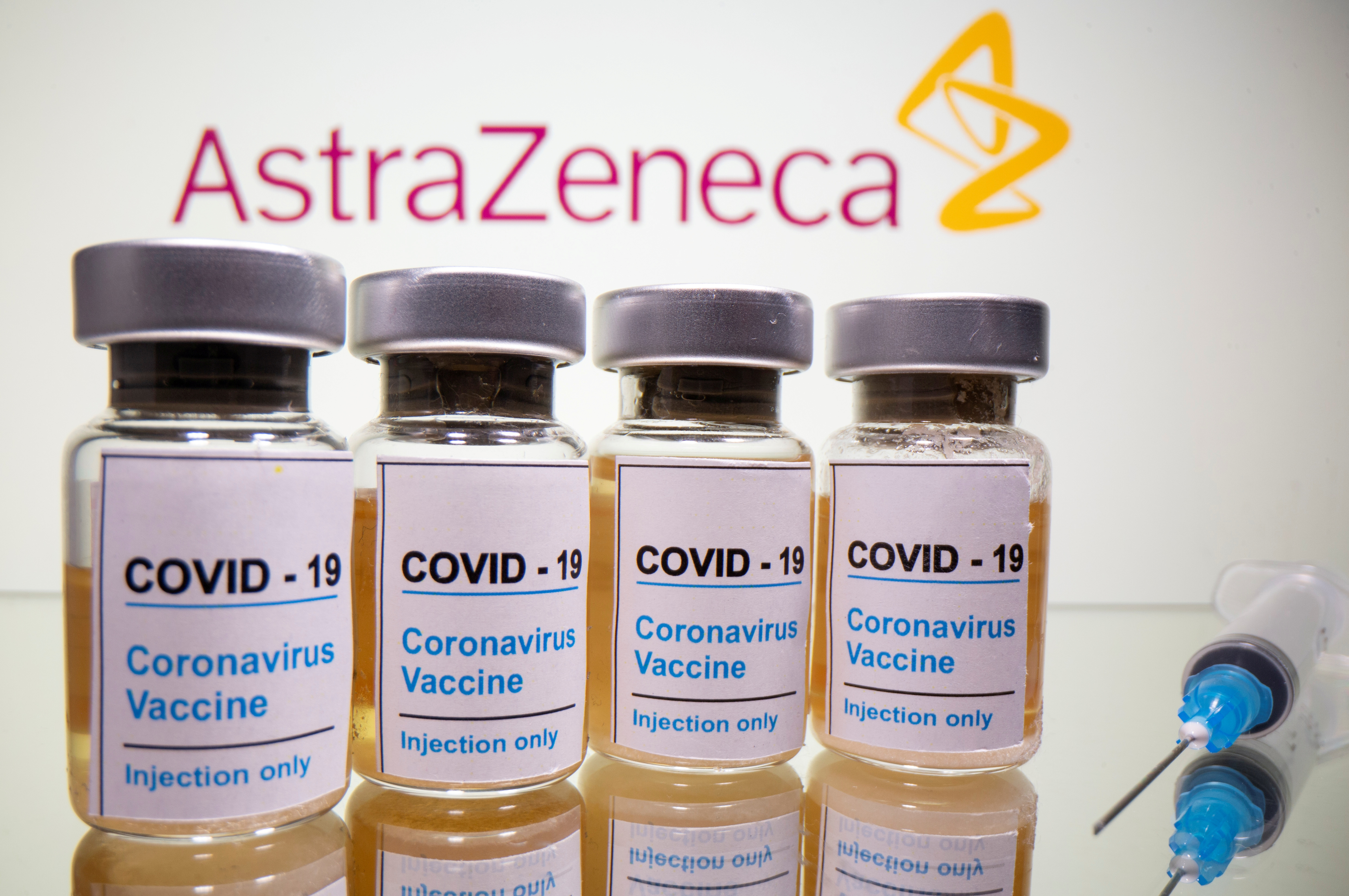 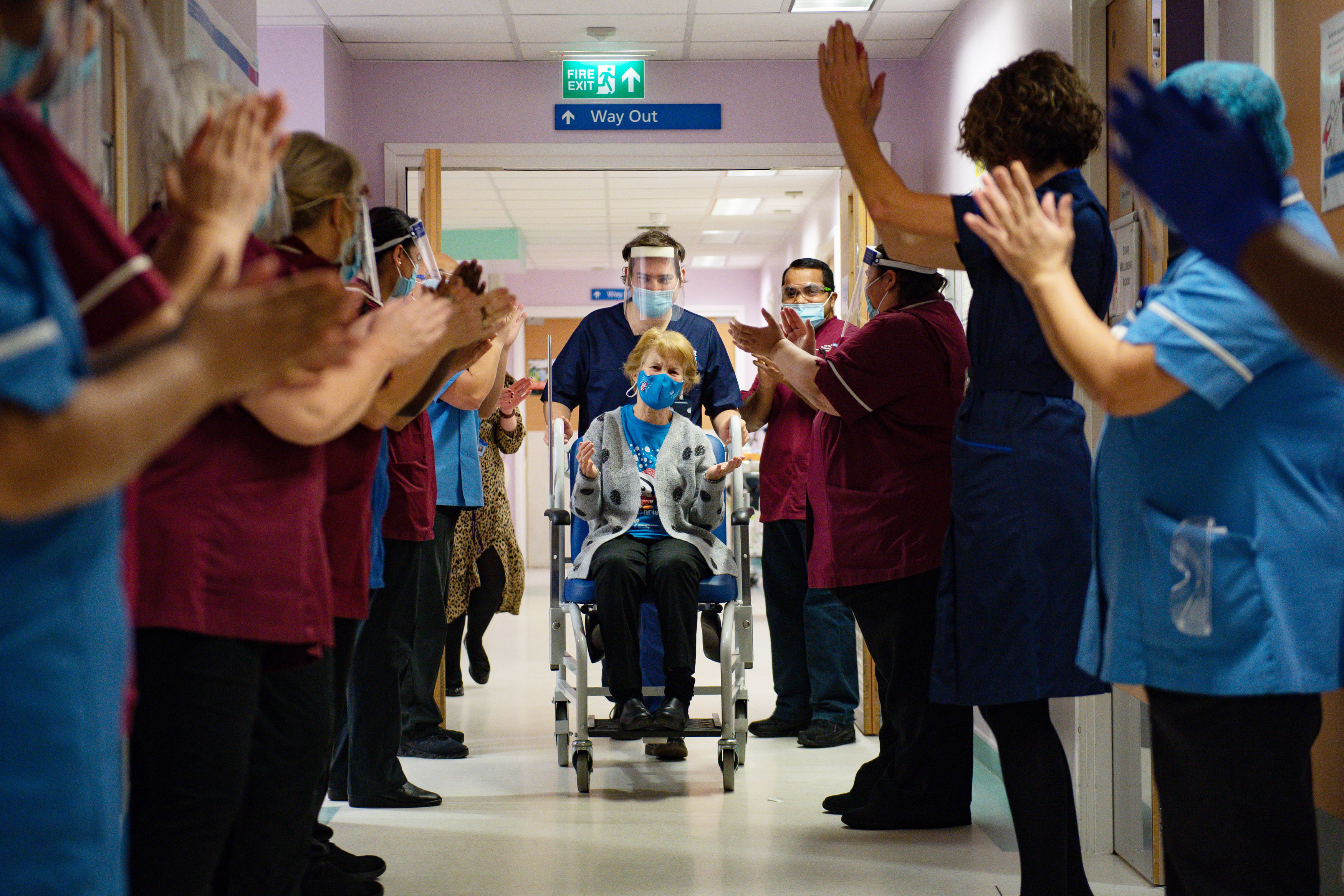 The UK has ordered 100 million doses of the vaccine – enough to vaccinate 50 million people.

Health Secretary Matt Hancock said this morning "we are confident we can get out of the pandemic by the spring".

He also confirmed the rollout of Oxford University/AstraZeneca’s vaccine will begin on Monday, January 4.

Confirming the news today, a Department of Health and Social Care spokesperson said: “The Government has today accepted the recommendation from the Medicines and Healthcare products Regulatory Agency (MHRA) to authorise Oxford University/AstraZeneca’s Covid-19 vaccine for use.

"This follows rigorous clinical trials and a thorough analysis of the data by experts at the MHRA, which has concluded that the vaccine has met its strict standards of safety, quality and effectiveness."

They added: “The NHS has a clear vaccine delivery plan and decades of experience in delivering large scale vaccination programmes.

"It has already vaccinated hundreds of thousands of patients with the Pfizer/BioNTech vaccine and its roll out will continue. Now the NHS will begin putting their extensive preparations into action to roll out the Oxford University/AstraZeneca vaccine."

'GUIDED BY THE SCIENCE'

The Department of Health stressed it has "always been guided by the latest scientific advice" throughout the pandemic.

Its spokesperson said: "Having studied evidence on both the Pfizer/BioNTech and Oxford University/AstraZeneca vaccines, the JCVI has advised the priority should be to give as many people in at-risk groups their first dose, rather than providing the required two doses in as short a time as possible.

“Everyone will still receive their second dose and this will be within 12 weeks of their first. The second dose completes the course and is important for longer term protection."

"From today the NHS across the UK will prioritise giving the first dose of the vaccine to those in the most high-risk groups. With two vaccines now approved, we will be able to vaccinate a greater number of people who are at highest risk, protecting them from the disease and reducing mortality and hospitalisation."

Health Secretary Matt Hancock confirmed this morning that the rollout of the new vaccine will begin on January 4.

The boss of AstraZeneca declared over the weekend the scientists have found a "winning formula" with two doses of varied amounts.

Some 15million of the UK's most vulnerable are set to get the inoculation by late February, officials hope.

It means that within weeks, Britain could be free of lockdowns altogether – and people can finally hug their loved ones.

As of Boxing Day, 24million people in the south and east are now in the country's strictest Tier 4, with non-essential shops closed and household mixing banned.

Boris Johnson said the tough rules are needed to tackle a mutant strain of Covid surging through the country.

Yet it's now believed we may have to hold on for just a few more weeks before life begins to return to normal.

Regulators have been passed the full data package for the Oxford AstraZeneca vaccine at the weekend. 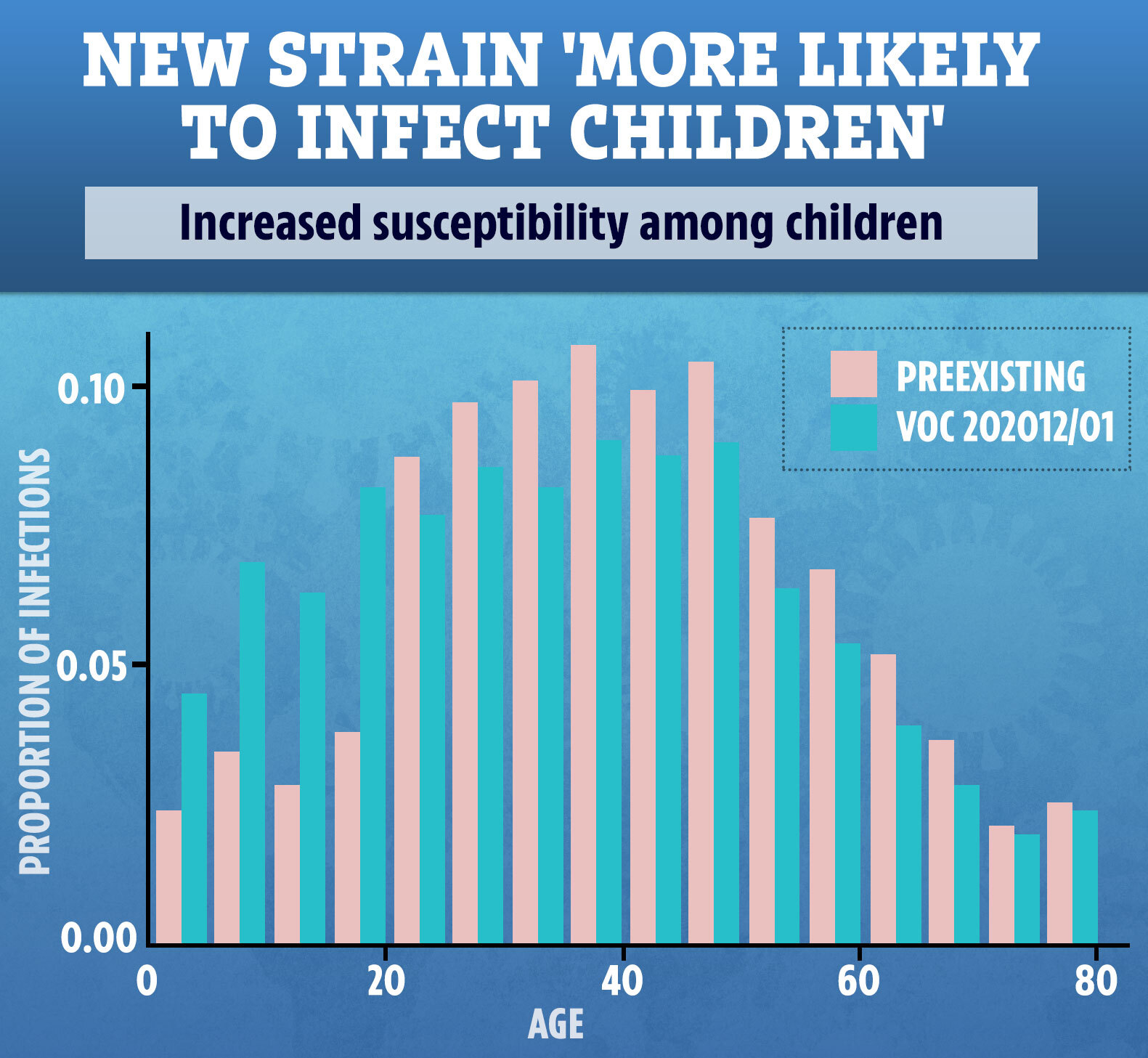 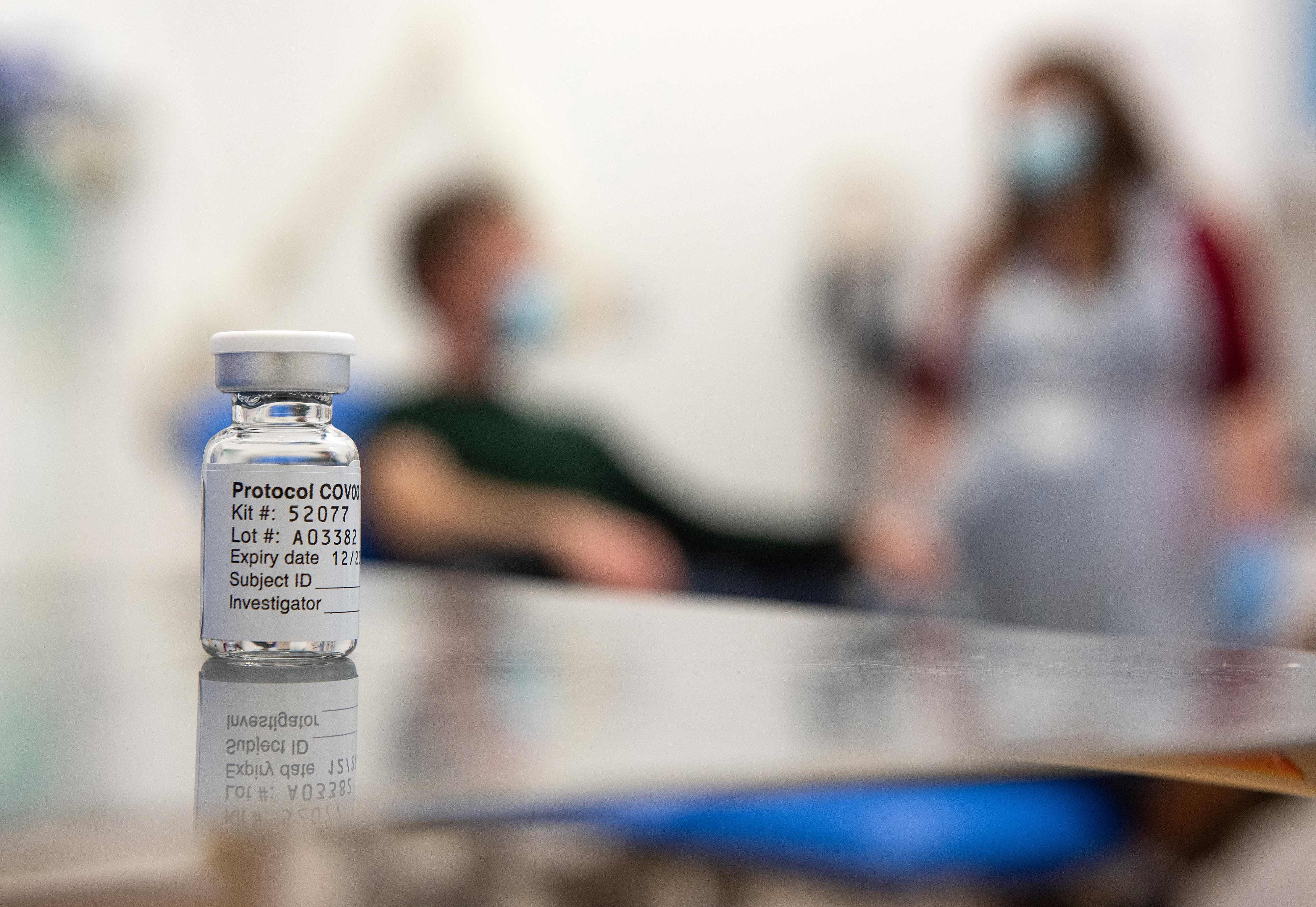 The UK’s Vaccines Minister told The Sun the massive effort to develop a vaccine had been heroic – and displayed “the best of British at every stage”.

Nadhim Zahawi said: “The heroic efforts of the team at the University of Oxford have paid off, with its home-grown vaccine shown to be effective in older people as well as young.

“From day one of the pandemic, people from across the nation have been working day and night to find a safe and effective Covid-19 vaccine.

"We have seen the best of British at every stage, from our world-leading scientists working around the clock to carry out vital research, to builders and engineers constructing new facilities.

“Manufacturers are boosting their capabilities and hundreds of thousands of people in every corner of the UK are taking part in clinical trials ­­— developing, finding and preparing for a vaccine has involved us all."

The UK has already ordered a whopping 100million doses of the jab – adding to the 40m vaccines already paid for from Pfizer.

Around 800,000 Brits have been given the first of two Pfizer shots, Boris Johnson has revealed.

But just 10 days ago, Jeremy Hunt warned stocks of the drug – the first to be approved anywhere in the world – were running low, and may not be replenished until March.

How does the Oxford/AstraZeneca vaccine work?

The vaccine – called ChAdOx1 nCoV-19 – uses a harmless, weakened version of a common virus which causes a cold in chimpanzees.

Researchers have already used this technology to produce vaccines against a number of pathogens including flu, Zika and Middle East Respiratory Syndrome (Mers).

The virus is genetically modified so that it is impossible for it to grow in humans.

Scientists have transferred the genetic instructions for coronavirus's specific "spike protein" – which it needs to invade cells – to the vaccine.

When the vaccine enters cells inside the body, it uses this genetic code to produce the surface spike protein of the coronavirus.

This induces an immune response, priming the immune system to attack coronavirus if it infects the body.

It differs from the Pfizer and Moderna vaccines because they use messenger RNA technology (mRNA).

Conventional vaccines are produced using weakened forms of the virus, but mRNAs use only the virus's genetic code.

An mRNA vaccine is injected into the body where it enters cells and tells them to create antigens.

These antigens are recognised by the immune system and prepare it to fight coronavirus.

No actual virus is needed to create an mRNA vaccine. This means the rate at which the vaccine can be produced is accelerated

However, the Medicines and Healthcare Regulatory Agency's approval of the Oxford's jabs mean they can be given to millions from the week beginning January 4, even if further Pfizer stocks slow until the spring.

Sports stadiums and conference centres will be used as massive vaccination hubs, with ministers planning to have two million jab administered within a fortnight.

Unlike the Pfizer vaccine, the Oxford drug can be kept in a standard fridge – rather than at an ultra-cold -70C.

That means it's cheaper and easier to transport and store, with the jabs set to be manufactured in Oxford and Newcastle.

The good news is much-needed as Brits face a new mutation in the virus.

The variation, found in Kent, spreads much more easily, although is not believed to otherwise be more dangerous.

Researchers at the London School of Hygiene and Tropical Medicine said there is "some evidence that the increase may be particularly marked in children."

They found that the new strain of the virus is 56 per cent more infectious – and that even with another national lockdown, it would be difficult to get the R rate down.

But politicians are hopeful that the pandemic may soon be under control.

Chancellor Rishi Sunak believes 2021 will be a “new era” for Britain.

Speaking to the Mail on Sunday he said: “This has been a tough year for everyone in this country.

“There will be tough days and months ahead, but there are reasons to look ahead to a brighter future and what 2021 promises.

“The early roll-out of vaccines – and the incredible work of our scientists and NHS – means we can now see light at the end of the tunnel with this pandemic.”

And last week, Health Secretary Matt Hancock said: "The great hope for 2021 is of course the vaccine.

"The vaccine is our route out of all this, and however tough this Christmas and this winter is going to be, we know that the transforming force of science is helping to find a way through."

12/30/2020 World News Comments Off on Oxford Covid vaccine APPROVED by regulators as jab to be rolled out to millions next week
Recent Posts
We and our partners use cookies on this site to improve our service, perform analytics, personalize advertising, measure advertising performance, and remember website preferences.Ok