A PADRES fan brutally knocked out a Rockies supporter with one punch, leading to a massive fight at Coors Field in Colorado.

The punch appeared to come right in the middle of the game and was captured from multiple angles, showing just how hard the Rockies fan got clocked. 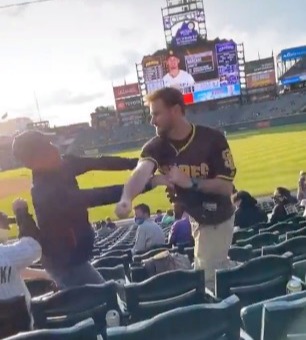 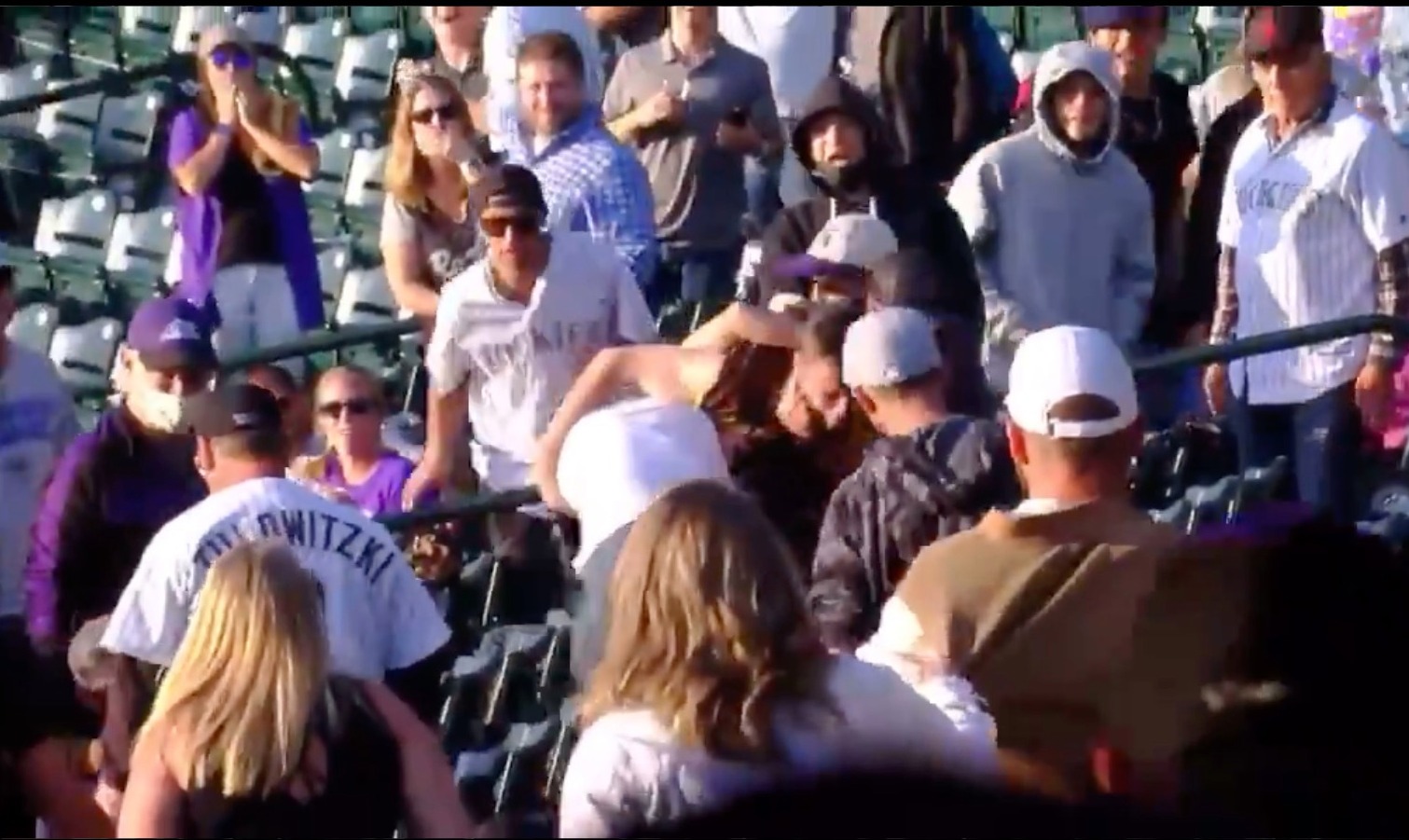 It's not clear what sparked the brawl between the two fans during the Wednesday game.

Video shows the Padres fan approach swiftly from down the aisle of seats before throwing a solid right hook.

The Rockies fan goes limp instantly, clearly out cold, before falling to the ground.

After the Rockies fan went down, other men jumped from other rows to attack the Padres fan, leading to an all-out brawl. 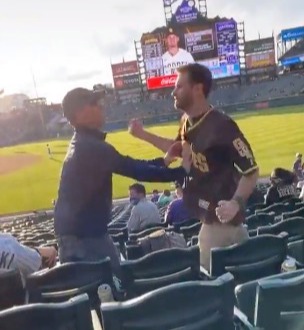 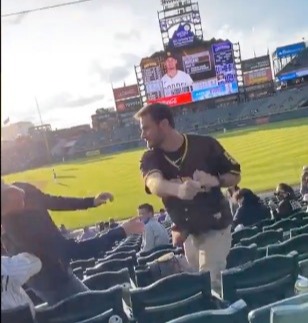 Video footage doesn't show the man recovering from the punch, and it's unclear if he sustained any other injuries.

From the looks of the brawl after the first knockout punch was thrown, it appears that the Padres fan may have taken some hits as well.

The Denver Police Department did confirm that they had been in contact with the Rockies fan who got knocked out, and that he did not want to press any charges.

"The person who threw the first punch, was contacted by police," the department said in a statement.

"However, the person struck did not want to press charges."

Despite the Padres fan clearly winning the one-on-one showdown, the Rockies ended up winning that game that day, 3-2.