Boris mired in ‘access for wallpaper’ scandal: PM faces threat of ANOTHER sleaze probe into ‘corruption’ after bombshell WhatsApps show he promised to look at ‘Great Exhibition’ project of Tory donor who paid for lavish Downing Street flat refurb

Boris Johnson is facing the threat of another sleaze probe today after it emerged he agreed to help advance a pet project of the Tory donor who paid for the Downing Street flat revamp.

Labour has accused the PM of ‘corruption’ after bombshell WhatsApps were released showing he told Lord Brownlow he was looking into his idea for a new Great Exhibition – at the same time as he asked the peer to sign off more lavish refurbishment works.

Soon after the exchange – in which Mr Johnson described his grace-and-favour residence as a ‘bit of a tip’ – the businessman had a meeting with the Culture Secretary to discuss the plan.

Ministers insisted this morning there was ‘nothing untoward’ in the discussion, pointing out that the project was not eventually taken forward and the premier ‘gets proposals all the time’.

Mr Johnson was also yet again cleared of breaking the ministerial code over the ‘Wallpapergate’ scandal by his standards adviser Lord Geidt, although the peer vented fury that he had been kept in the dark about the existence of the messages during an initial probe last year.

The premier offered an ‘humble and sincere apology’ for not telling him about the WhatsApps, blaming the fact he had switched phones and forgotten about them. 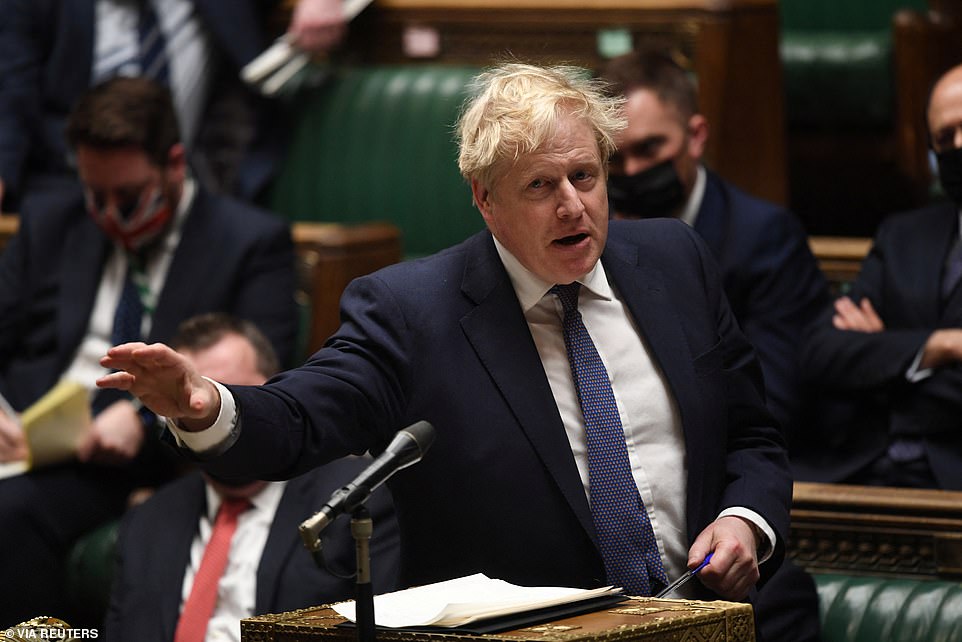 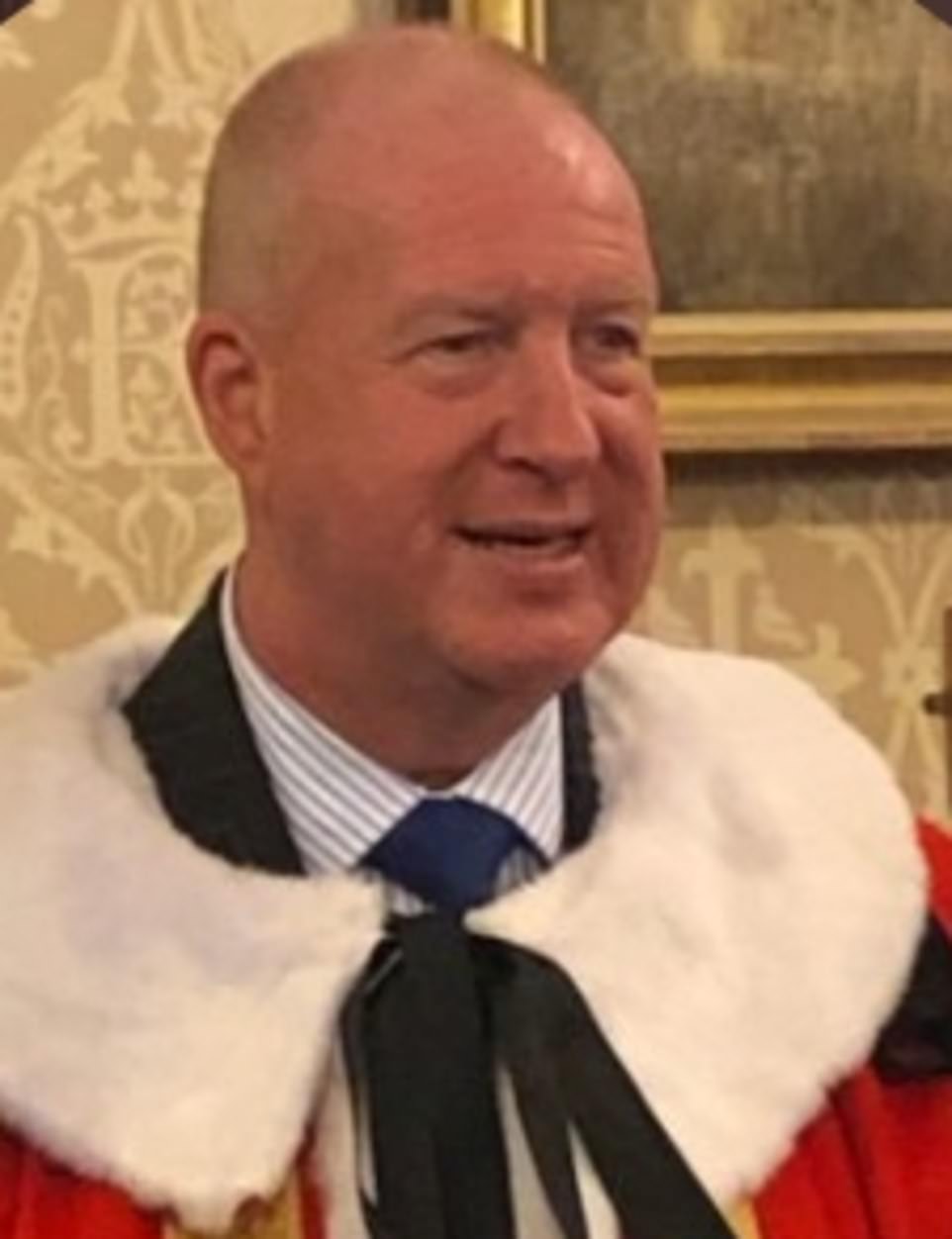 The messages between Boris Johnson and Lord Brownlow refer to a ‘great exhibition plan’ – which the peer tags as ‘GE2’.

It is not clear from the exchange exactly what the pair were considering.

But the original Great Exhibition was an 1851 event intended to demonstrate the power and scope of – mainly British – invention and industry.

It was organised by Queen Victoria’s husband Prince Albert on a huge site in Hyde Park, and was in part regarded as a response to an exhibition highlighting French ingenuity in Paris.

The event ran for nearly six months and was attended by luminaries including Charles Darwin, Michael Faraday and Charles Dickens.

Tickets were sold and a reputed six million people – around a third of the population at the time – visited.

The money generated by the Great Exhibition was used to build the Royal Albert Hall.

Lord Brownlow is a trustee at the Royal Albert Hall Trust and was an ambassador for its 150th anniversary last year.

The building the Great Exhibition took place in was taken down and later build in south east London – giving its name to what is now known as Crystal Palace.

It does not appear that the Great Exhibition 2.0 plan was intended as a profitable venture, and there is no suggestion of wrongdoing by Lord Brownlow.

But the revelations about Mr Johnson’s promotion of the proposed event at the Royal Albert Hall have prompted new accusations of ‘cash for access’.

Labour’s deputy leader Angela Rayner said: ‘It appears that Lord Brownlow had access to the Prime Minister and Culture Secretary because he was paying for his luxury flat renovations.

‘If so, that is corruption plain and simple. No one should be able to buy access or exchange wallpaper for festivals. Boris Johnson has serious questions to answer.’

Shadow justice secretary Steve Reed confirmed this morning that the party has asked Commons standards commissioner Kathryn Stone to look at the situation.

‘Those very cosy text messages show there was a quid pro quo in operation between the Prime Minister and Lord Brownlow, and we need to get to the absolute bottom of this,’ he told BBC Radio 4’s Today programme.

Asked whether it was still a problem as the Great Exhibition did not go ahead, Mr Reed replied: ‘The issue is not whether it happened, it is whether rich people can pay to get access to Government ministers to try and influence them over how they decide to spend taxpayers’ money.’

The newly unearthed messages mark another twist in the saga first exposed by the Daily Mail almost a year ago.

A number of official probes were launched into the secret plans to get a charitable trust, funded by Tory party donors, to pay for the upkeep of Downing Street including the flat.

Lord Brownlow was drafted in to head the theoretical trust – but the whole idea was later ditched as impractical under government rules.

In the meantime the Conservative Party had repaid the Cabinet Office for the works using funds provided by Lord Brownlow, and the peer also met other invoices directly.

Mr Johnson finally settled the bill himself beyond the £30,000 taxpayer contribution permitted for upkeep, and the Tory party has been fined for failing to declare donations.

Independent Adviser on Ministerial Interests Lord Geidt concluded in May that Mr Johnson acted ‘unwisely’ by not finding out who was behind the renovation, but had not breached the ministerial code. 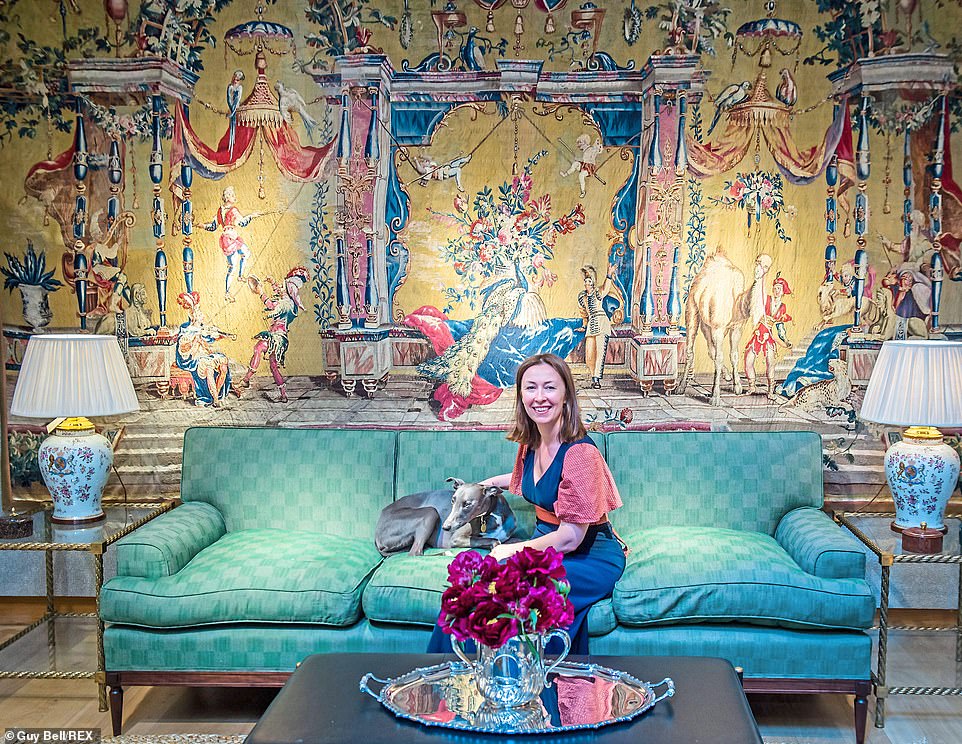 How Boris got tangled up in the Wallpapergate saga yet again

One of Lord Geidt’s first actions after being appointed as adviser on ministerial interests was to probe the saga over the lavish No11 refurbishment.

Boris Johnson wanted a charitable trust to cover the huge bill for improvements to the grace-and-favour residence beyond the £30,000 a year that the taxpayer foots.

Lord Brownlow was drafted in to head the theoretical trust – but the whole idea was later ditched as impractical under government rules.

In the meantime the Conservative Party had repaid the Cabinet Office for the works using funds provided by Lord Brownlow, and the peer also met other invoices directly.

The PM subsequently resolved the chaos by paying out of his own pocket, and Lord Geidt concluded that while he had been ‘unwise’ not to keep closer track of how the work was being funded, no rules had been broken.

However, critically the peer’s report noted that officials told him Mr Johnson had not been aware of the ‘fact or the method of the costs of refurbishing the apartment having been paid’ until February this year.

‘I have also spoken in similar terms to the Prime Minister who confirms that he knew nothing about such payments until immediately prior to media reports in February 2021,’ the report said.

That seemed to clash with an Electoral Commission investigation published last month, which revealed that Mr Johnson WhatsApped Lord Brownlow in November 2020 asking him to authorise work on the flat.

‘The Prime Minister messaged Lord Brownlow via WhatsApp asking him to authorise further, at that stage unspecified, refurbishment works on the residence,’ the commission stated.

‘Lord Brownlow agreed to do so, and also explained that the proposed trust had not yet been set up but that he knew where the funding was coming from.’

No10 insists the premier messaged Lord Brownlow in his role as head of the supposed trust, and did not know the source of the money.

The Downing Street position was slightly bolstered by the fact Lord Geidt’s report stated: ‘Lord Brownlow behaved in a confidential manner consistent with his own experience of blind trusts.’

But in an exchange of letters from December that were published yesterday, he vented fury at the PM after discovering the WhatsApps about the lavish £140,000 overhaul.

The newly-published messages complained that the grace-and-favour residence was a ‘bit of a tip’ and asked Lord Brownlow to ‘approve’ more spending – also referring to an idea for a ‘Great Exhibition’ that the donor appears to have been championing.

Lord Brownlow replied that the money for top designer Lulu Lytle would be ‘sorted’.

In a latter missive he informed the PM that a mooted charitable trust to foot the bill had yet to be set up, saying there was ‘only me and I know were the £ will come from’.

Lord Geidt had previously cleared Mr Johnson of breaching the ministerial code on the basis that he knew nothing about the source of the money to overhaul the flat and believed the trust was being formed – an idea that was eventually abandoned as against government rules.

No10 insisted the idea of the Great Exhibition was ‘not taken forward’, but government logs show that in January last year then-Culture Secretary Oliver Dowden met Lord Brownlow and representatives from the Royal Albert Hall to discuss the project.

After the commission’s findings caused him to reassess his report, Lord Geidt demanded reforms to make his role more powerful.

The PM blamed having to change his phone after his number was made public on gossip website Popbitch for the failure to flag the message to Lord Brownlow asking for more works to be authorised.

The Cabinet Office was also lambasted for failing to disclose to Lord Geidt that it had handed the messages to the Electoral Commission.

Mr Johnson wrote to Lord Geidt on December 21: ‘I am sorry that the Office of Independent Adviser has been put in this position and can only repeat the humble and sincere apology I gave when we discussed this matter earlier today.’

The standards adviser concluded that the new information did not fundamentally change his conclusion, but was highly critical of the latest oversight.

And in another piece of advice that was seemingly ignored by the PM, he said on December 17 that their exchange of letters should be made public ‘in the coming days’ to restore confidence.

A long-planned ‘Festival of Brexit’ will go ahead this year, but it is known as Unboxed and is not related to the Great Exhibition proposal.