Bowwow-ing out: Retiring police dog instructor is given a guard of honour by lively spaniels and their handlers – who then pelt him with balls

A specialist dog instructor has received a unique ceremony as he bowed out of service after 30 years.

PC Davie Morris, who worked with Police Dogs Scotland, was given a guard of honour by his colleagues.

Each of the instructors had a police dog standing at their side lining the road outside the centre.

As PC Morris approached the guard of honour, one of his colleagues shouted: ‘Dog Unit, salute.’

Each of the nine handlers raised their hands in salute of the specialist instructor as he walked through the guard.

He joked, ‘I’m not leaving’, as he shook his colleague’s hand at the end of the line. 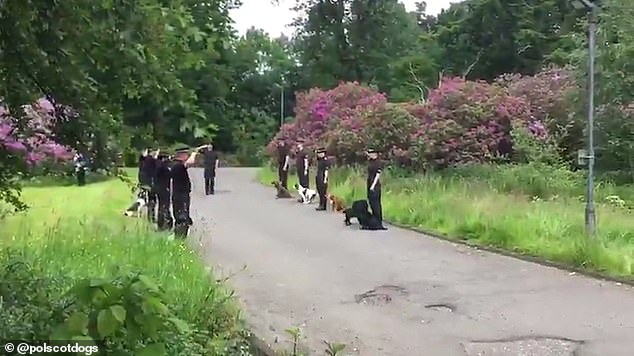 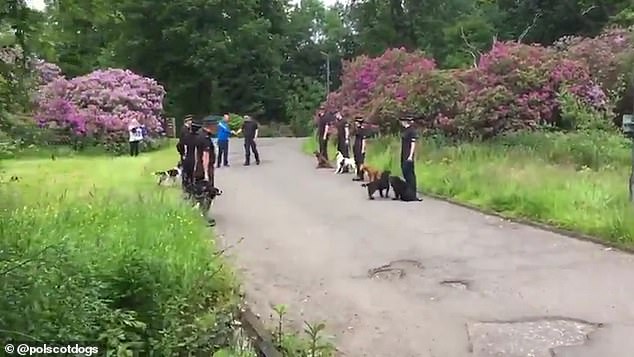 When his fellow instructors were told to stand at ease, PC Morris thought he had received a fitting tribute to his 22 years working with Police Dogs Scotland.

But all of a sudden, his colleague shouted: ‘Dog Unit, balls!’

Then each of the members of the unit threw a tennis ball at the retiring instructor.

The dogs had to be held firmly on their leashes to make sure they didn’t chase after them. 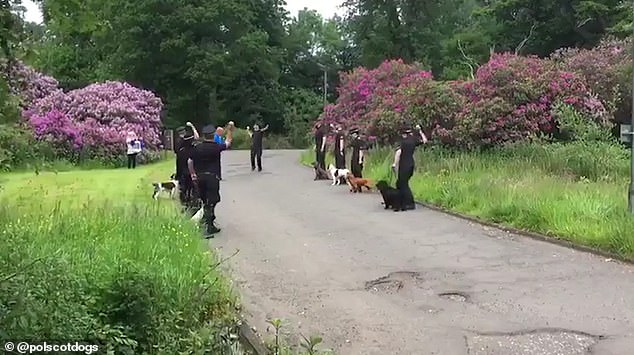 All of a sudden, the colleague all pelted tennis balls at PC Morris, sending the dogs crazy 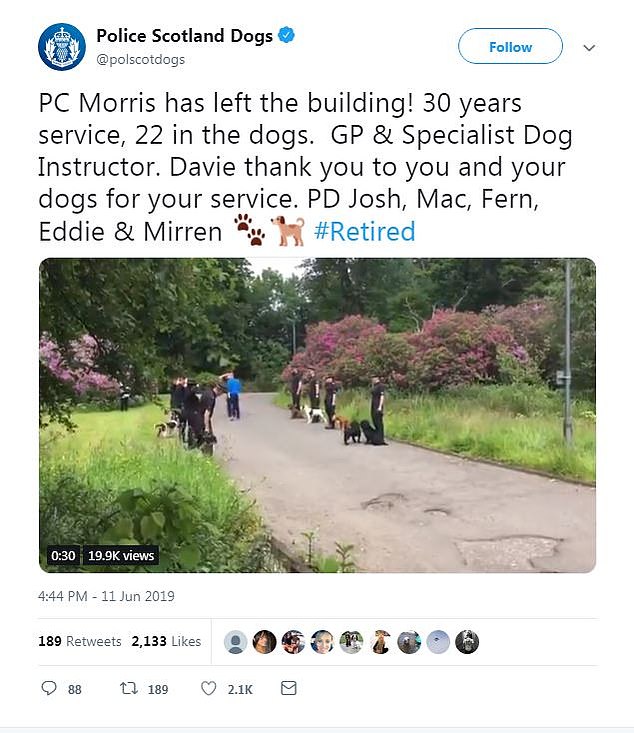 Police Scotland Dogs tweeted the video of the send-off which has already received more than 2,000 likes

PC Morris, from Paisley, has two dogs of his own called Mirren and Buddy.

During his time working for the Dog Unit, he has been involved in large drug busts and has helped train dogs to be able to sniff out the smallest of quantities.

Police Scotland Dogs tweeted a video of the send-off today and it has already received more than 2,000 likes.