Almost 2,000 years ago, the Roman settlement was obliterated by one of the deadliest volcanic eruptions in history when Mount Vesuvius erupted. The natural disaster ejected molten rock, pulverised pumice and hot ash at 1.5 million tonnes per second onto Pompeii’s 12,000 residents – in what would have been a horrifying death. But it also covered the city in a blanket of thick material, allowing modern-day scientists to continue to study how events unfolded.

And historian Bettany Hughes explained how the cast of a young boy helped piece together a new theory during her Channel 5 documentary ‘Secrets of Pompeii’s Greatest Treasures’.

She said: “There’s one cast in particular that never fails to break my heart every time I see it.

“This young child is incredibly moving because he’s a symbol of the truth of the appalling tragedy that happened here, and of the lives that were interrupted.

“The child was found in one of Pompeii’s grandest villas, next to a man and a woman holding another small infant, most likely his family. 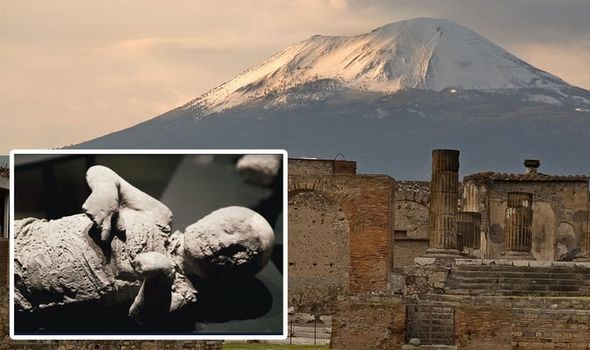 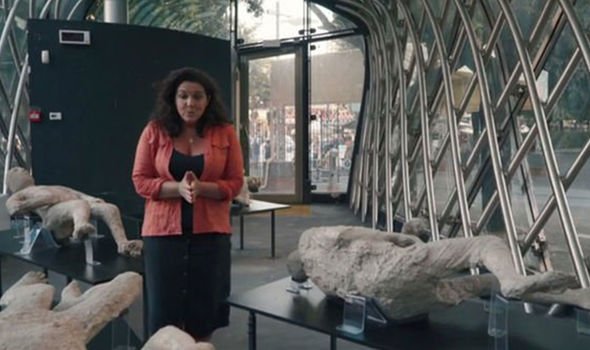 “Dr Llorenc Alapont has studied the toddler of Pompeii in detail, and I hope he can shed some light on this little boy’s short life, he’s done a scan, an X-ray on the toddler.”

Dr Alapont detailed how his team managed to come up with an estimate for the boy’s age based on his bone structure.

He said: “We find a lot of information from this because we can see all the bones inside of this cast.

“When you are young, all the bones are not completely fused, so we can see very well that the fibula is not fused.

“When we find this, we can know the age, this corresponds with a four or five-year-old, he’s a very young child.” 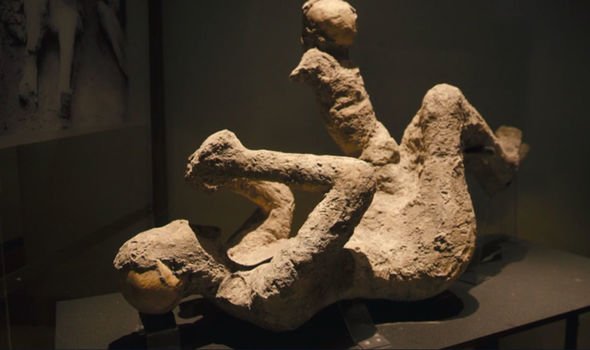 But Ms Hughes explained how other clues were also unveiled through the scan of the boy.

She explained: “The story of this boy doesn’t end here. Scientists now believe he can shed light on exactly how the people of Pompeii died in the eruption.

“The crucial clue lies in the similar, contorted positions of his and his family’s bodies, they all have their arms raised like a boxer, which is seen in hundreds of other victims in Pompeii.

“Evidence suggests that most people, including the toddler, survived the first day of the disaster, but then the eruption suddenly changed, unleashing a deadly new force that contorted its victims into the boxer pose.” 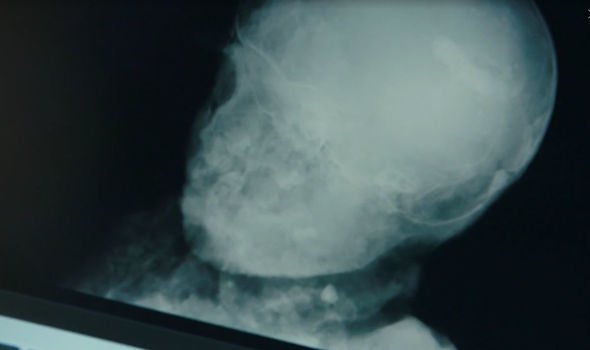 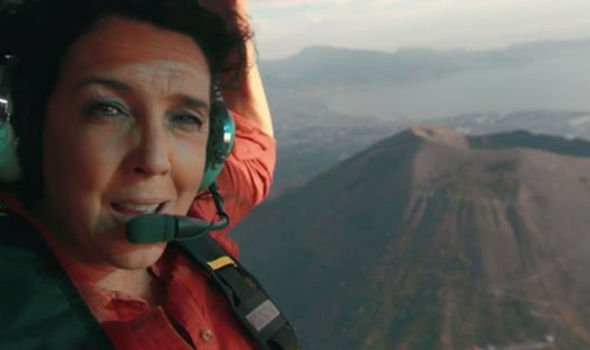 “These toxic 500C clouds exploded down Vesuvius’ slopes, located six miles from the volcano’s base, the first three failed to reach Pompeii, but then the fourth wave struck.

“This enormous pyroclastic flow, three miles wide, scorched a path all the way to Pompeii, and a boiling cloud of gas hurtled out of the volcano, travelling at over 100mph to the city.

“Scientists believed it sucked water from the bodies of the people so rapidly it caused their muscles to spasm into the iconic boxer pose.”