Diane Miller, the pregnant mother who was allegedly attacked by a 17-year-old who threw a piece of concrete at her, has died.

She passed away about 2am on Friday morning at Royal Perth Hospital, three days after she went into cardiac arrest in a shopping centre carpark in Karawara after being hit in the head. 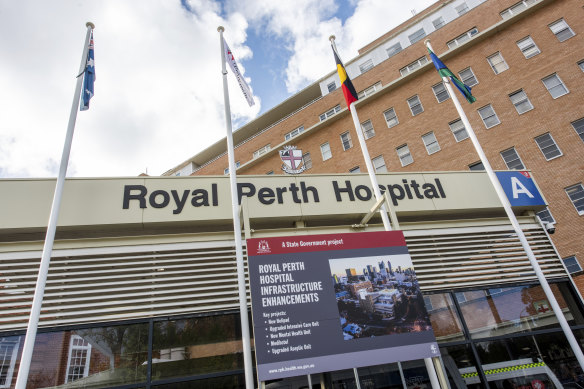 Diane Miller was in intensive care at Royal Perth Hospital for three days after the attack in Karawara. Credit:Marta Pascual Juanola

Miller, 30, was five months pregnant, and has an eight-month-old son.

Homicide squad detectives are now leading the investigation into the incident, which police had previously described as “senseless, unprovoked violence”.

“It’s very, very sad for her and her unborn child. It’s one of those things that it’s just beyond description, that this could happen to someone,” he said.

The teenage boy who allegedly ditched the piece of concrete at Miller, knocking her unconscious and causing her to go into cardiac arrest, appeared in Perth Children’s Court on Wednesday charged with grievous bodily harm and breach of bail.

Police prosecutor Brad Hollingsworth said the teenager handed himself into police and made full admissions, but has yet to enter any formal pleas in court.