Oxford professor who was forced to retire aged 69 is awarded £30,000 and his old university job back after winning landmark age discrimination case 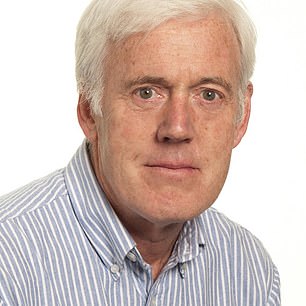 Professor Paul Ewart has also been awarded £30,000 in compensation after he won a landmark age discrimination battle

Oxford University has been ordered to re-employ a professor who it illegally forced to quit before his 70th birthday.

Professor Paul Ewart has also been awarded £30,000 in compensation after he won a landmark age discrimination battle against the university last year.

The former head of atomic and laser physics, who had worked for the university for 38 years, had demanded to be given his old job of senior lecturer back – even though he only wants to carry on working there for another year.

The university had refused, saying that his role had gone. Now a tribunal has ruled that the professor must be re-instated and ordered for him to be paid substantial damages.

However, Prof Ewart failed in his bid to have the tribunal order for the controversial policy, known as the Employer Justified Retirement Age policy (EJRA), to be abolished.

Oxford introduced the rule forcing senior staff to retire the September before they turn 69 in the hope it would encourage the recruitment of younger and more diverse staff.

Prof Ewart said that in 2014 he was granted an extension to continue working until he was 69.

But when his contract with the Physics department was not renewed in 2017, Prof Ewart, who was based at Oxford’s world famous Clarendon Laboratory, sued the university for age discrimination and unfair dismissal.

In its judgement last year, the tribunal in Reading ruled in his favour, saying the EJRA had a ‘highly discriminatory effect’ on older employees. It has now ordered Oxford to re-instate him.

A hearing last month was told that Prof Ewart wished to return to his post but only wanted to continue in a paid role until September 2021.

After that, he was happy to move to an unpaid Emeritus position.

Applying to be re-instated, the academic said that since his dismissal he had ‘lost standing’ within his field of research.

The tribunal’s judgement states: ‘(He) emphasised that there appeared to be no criticism by the (university) of his abilities, academic credentials or relationships with colleagues both within and outside the Physics department.

‘He also pointed to the (university’s) willingness to retain his services and involvement on an Emeritus (i.e. unpaid) basis.’

Prof Ewart told the tribunal that a grant had already been awarded for proposed work with colleagues on a project in Oxford and Cambridge.

This included a £24,000 consultancy fee for him which would help cover the costs of his re-employment.

However, the University argued that giving him his job back was problematic.

It argued: ‘The role he used to perform had gone. There was now no research team for him to lead.

‘He used to have direct supervision of students, but that was now not going to happen.

‘He had other responsibilities which could not now apply on any reinstatement. (The University) was not obliged to create a non-existent role to reinstate (him) to.’

However, the tribunal ruled in Prof Ewart’s favour. It said: ‘If (he) were to be reinstated it is not disputed that he would perform his role to the standards expected of a senior academic at Oxford. 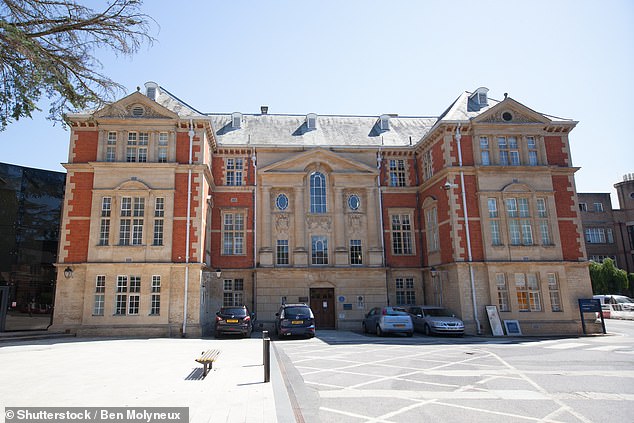 ‘His work cannot be the same as he left off, but that is not to say that he cannot be reinstated and continue to act in the role with his former distinction.

‘Given (the University’s) emphasis on cutting-edge research, (Prof Ewart’s) role will never at any point in his career have been the same as it was three years previously.

‘That is not a reason to say that reinstatement is not practicable.’

In addition to his reinstatement, the tribunal ordered Oxford to pay Prof Ewart £22,500 for injury to feelings and an additional £7,100 in interest.

Employment judge Laurence Anstis did however refuse Prof Ewart’s request to recommend the abolition of the EJRA as it would not apply to him in the year he had left working at the University.

During the original hearing Prof Ewart had accused Oxford University of spending up to £1million in legal fees fighting cases brought by not only himself but other academics since the introduction of the age restriction in 2011.

He paid £5,000 for data from the independent Higher Education Statistics Agency which showed that the EJRA policy had only a ‘marginal’ effect on creating vacancies for younger people.

In Prof Ewart’s witness statement to an employment tribunal last year, the physicist said that in 2014 he had been given an extension to carry on working until he was 69, and that he had expected to receive another allowing him to continue to 2020.

In his final two years, Prof Ewart published 15 papers and won leading roles in projects to create ultra-efficient engines. He argued his research was ‘blossoming’.

He was told in February 2017 that his application for a three-year extension to work part time had been rejected.

Prof Ewart said that this was despite the fact his salary would have been almost entirely covered by grants.

An Oxford University spokesperson said: ‘The University has reviewed in detail the 2019 Employment Tribunal decision regarding Professor Paul Ewart and Oxford’s EJRA policy.

‘This decision followed an earlier Employment Tribunal, on a separate case but of equal legal weighting, which ruled in favour of the Oxford EJRA.

‘The University has decided it does not accept the more recent tribunal’s ruling and will be appealing against it.

‘The EJRA policy remains in place and will continue to be applied as normal.’

In 2018, John Pitcher, a Shakespearean scholar at St John’s College, Oxford, lost his claim for age discrimination and unfair dismissal.

An employment tribunal ruled the policy was a ‘necessary and appropriate means of achieving [a] legitimate aim’.

10/12/2020 World News Comments Off on Professor awarded old university job after age discrimination case
Recent Posts
We and our partners use cookies on this site to improve our service, perform analytics, personalize advertising, measure advertising performance, and remember website preferences.Ok