HUNDREDS of pupils have today staged a walkout over an apparent “racist” school uniform policy which “banned” Afro-style haircuts and coloured hijabs. 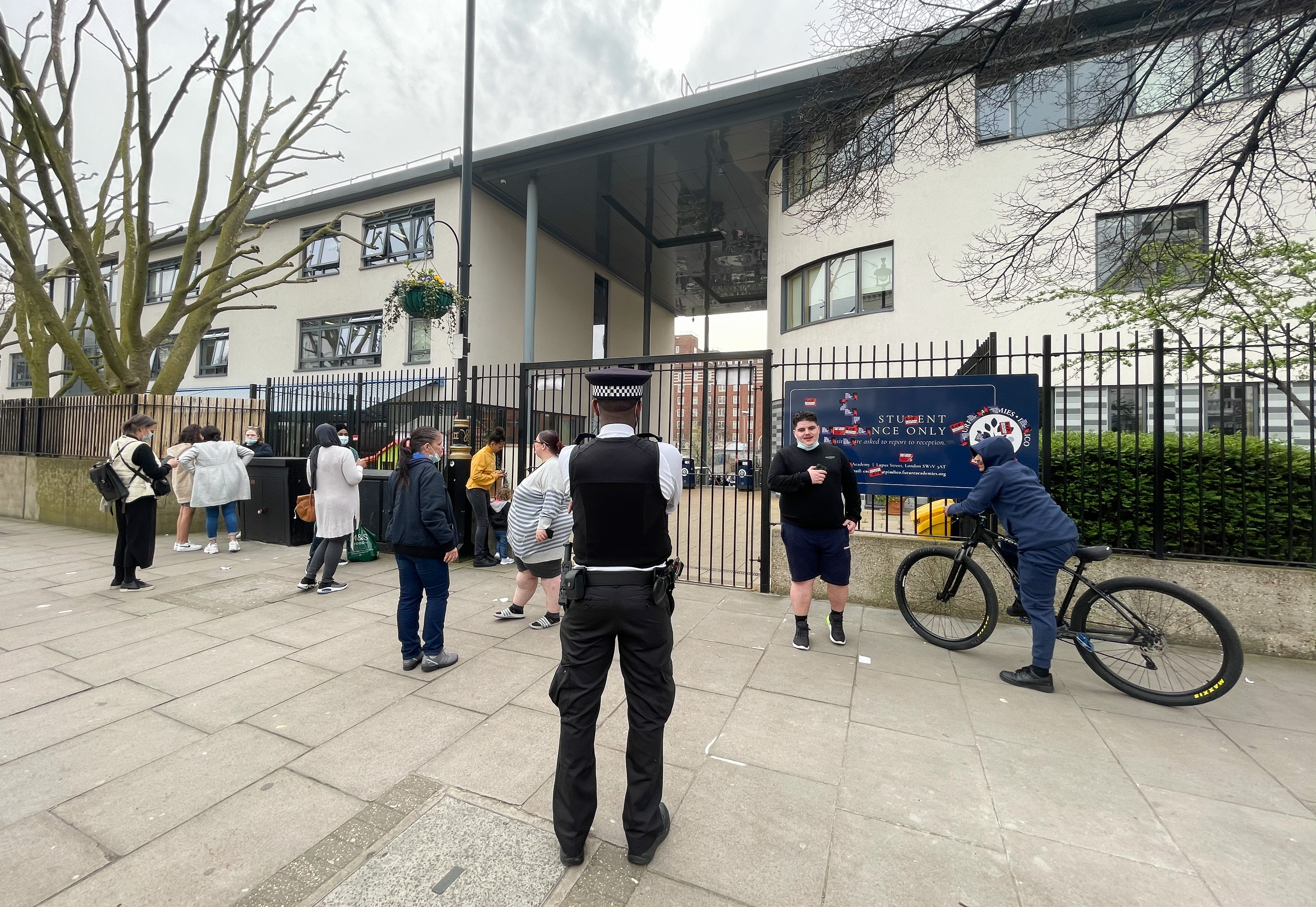 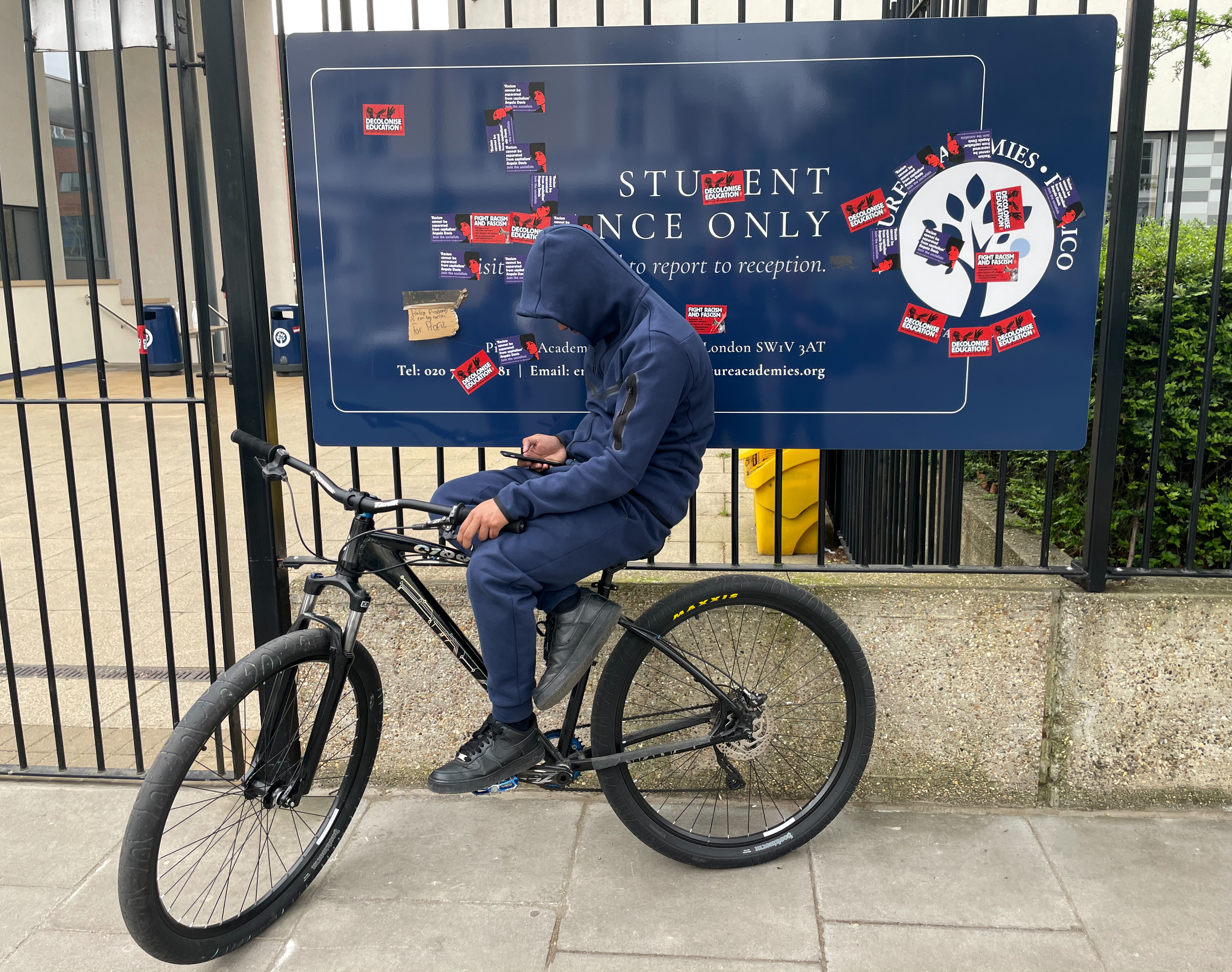 The academy is facing a major backlash over hairstyle and hijab rules, which have been described as “discriminatory”.

It has reportedly made changes to its history curriculum while also making afro-style haircuts and brightly-coloured hijabs against the new rules.

Pupils are also said to be protesting against the placement of a union flag outside the school.

Graffiti was daubed on the school walls which read: “Ain’t no black in the Union Jack…

“White schools for brown kids are u mad.”

Another slogan, which was also later removed, read: “Pimlico Academy … run by racists … for profit!!!”

In August last year, pupils started a petition – which went on to receive 1,200 signatures – following the new uniform policy which stated hairstyles that “block the views of others” would not be permitted.

The policy also banned hijabs which were “too colourful”, reports The Guardian.

Pupils then accused the school’s management team of racism, arguing the new policy would penalise those with afros and Muslims.

One parent today told The Sun: “It’s absolutely outrageous and ridiculous that students feel that they need to protest against these changes because they should never have been brought in in the first place.

“I think it [the new policies] is plainly racist against students and staff, and shouldn’t be happening.

“I hope that the head teacher changes his mind about everything, it has been going on for months.”

She wrote online: "Good morning to the pupils of Pimlico Academy school who are refusing to go to class in protest of their head teachers’ racist policy banning Afro hair and ‘colourful’ hijabs. Heroes."

One pupil was furious when the school allegedly failed to recognise the Black Lives Matter movement or Black History Month.

They told The Guardian: “We believe the school has unfairly targeted groups of students.

“The school should protect marginalised races, religions and other groups instead of targeting them.

“We should see ourselves and our backgrounds represented in our studies.”

A teacher is now predicting a “mass exodus” of staff at the school – with around 30 members expected to leave at the end of the year.

Future Academies, which runs the school, told The Guardian it has the “highest aspirations for our students and are committed to ensuring that they all grow up to be respectful of others, regardless of gender, sexuality, race, age, disability or religious belief, and that each feels respected and safe”.

The Sun Online has contacted Pimlico Academy for comment.