Russian tanks destroyed in Ukraine are driven through Prague

Vladimir Putin’s campaign of military aggression in Ukraine has been shamed by a public display of devastating tanks and other armoured vehicles in Prague. The capital will play host to an exhibition of destroyed Kremlin military equipment from Monday, as announced by the Embassy of Ukraine in the Czech Republic. The Russian vehicles, tarnished with the marks of counter-attacks from the frontline of the conflict, have been provided by Ukraine after being captured by President Zelensky’s armed forces. The display comes amid reports that President Putin’s military is struggling to replace armoured vehicles destroyed in the war as the Russian invaders are unable to access vital supplies needed to continue the ‘special military operation’.

Footage of Kremlin tanks being transported to the Czech Republic was released by Anton Gerashchenko, an Advisor to the MInister of Internal Affairs of Ukraine.

In a social media statement attached to the video, Mr Gerashchenko added: “54 years after ‘Prague Spring,’ Russian tanks are coming into the Czech capital again.

“Only this time they are harmless – destroyed by the Ukrainian army.

“Exhibition of the Russian military equipment will open on the 11th July at Letenska Plan.” 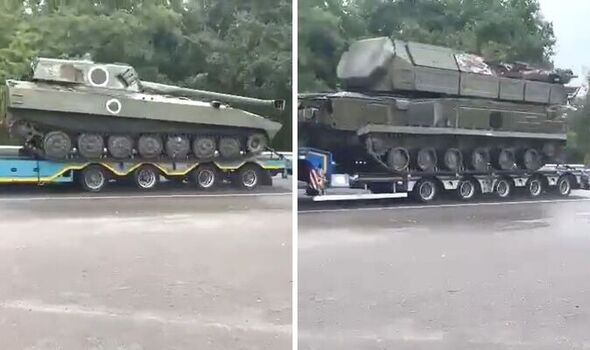 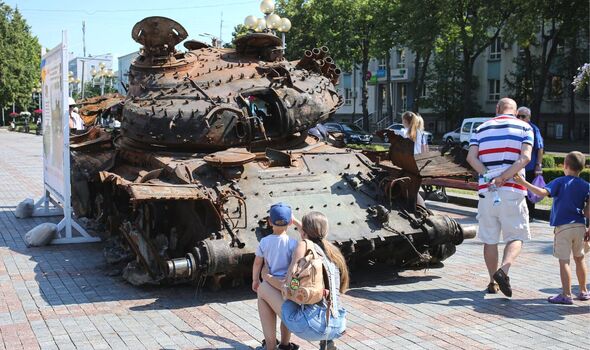 The display is set to feature infamous pieces of advanced Russian military equipment, including tanks and missile systems.

Oryx, a specialist warfare research organisation, has identified the Russian T-90 among the equipment on display, the main battle tank of the Kremlin’s forces.

In addition a BUK-M2 surface to air missile system will feature in the exhibition, an advanced piece of technology used for precise medium-range shelling attacks.

The warfare analyst also confirmed the presence of a Russian 2S34 Hosta, a more modern piece of Kremlin equipment which entered service as an improved version of the outdated 2S1 Gvosdika howitzer technology. 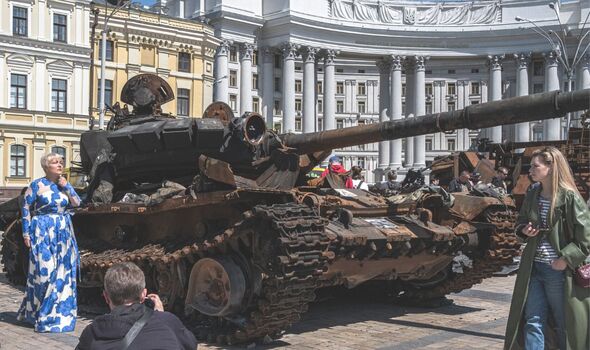 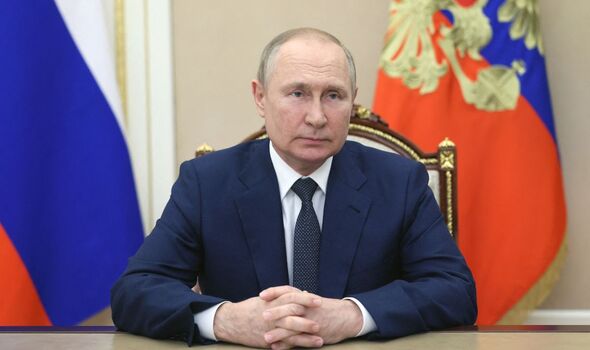 An earlier display of captured and destroyed Russian military equipment was launched in Kyiv in collaboration with Ukraine’s National Military History Museum.

Following this, an additional exhibition of a Russian tank and a self-propelled howitzer was featured in Warsaw.

The display, placed in the Royal Castle Square of the Polish capital, was titled “For Our Freedom and Yours.”

Head of the Prime Minister’s Office Michal Dworczyk, who opened the display, said: “This Russian equipment destroyed by Ukrainian soldiers is proof that determination, courage and professionalism can defeat the Russian army.” 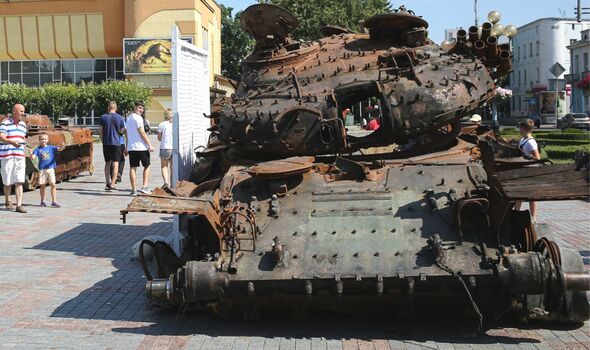 The exhibitions have served to display the extent of equipment loss suffered by Moscow since the invasion began in February.

An intelligence update on the conflict from the UK Ministry of Defence suggested Russia has already been forced to operate with exceeding outdated equipment after losing an extensive amount of their more modern technology in the early stages of the attack.

The intelligence report read: “Russia is moving reserve forces from across the country and assembling them near Ukraine for future offensive operations.

“Despite President Putin’s claim on the 7th July 2022 that the Russian military has ‘not even started’ its efforts in Ukraine, many of its reinforcements are ad hoc groupings, deploying with obsolete or inappropriate equipment.”