Ukraine’s 24th Mechanised Brigade smashed a huge Russian convoy with artillery fire yesterday, with many viewers pointing out that the Russian tanks were “like sitting ducks”. The footage, released by the brigade, is the latest damning evidence of Russia’s flawed military tactics. In the clip, a convoy of concentrated tanks are picked off, with the brigade later claiming to have taken out 15 infantry fighting vehicles (IFVs).

The attack on the Russian column took place in Luhansk, a frontline in the war.

UA Weapons, which monitors the conflict, retweeted the drone footage of the attack.

They added: “A Russian convoy was spotted by a drone operated by the Ukrainian 24th Brigade in #Luhansk Oblast, then stopped with artillery fire.

“At least 3 BMP IFVs can be seen to be damaged.” 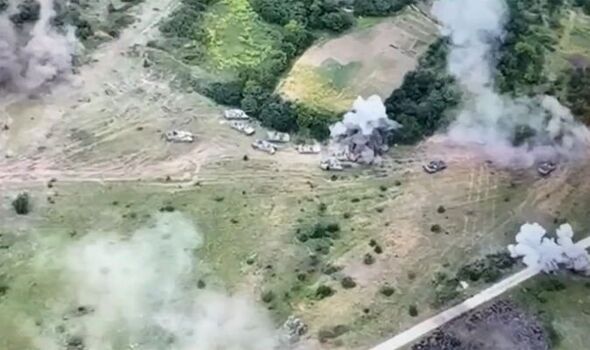 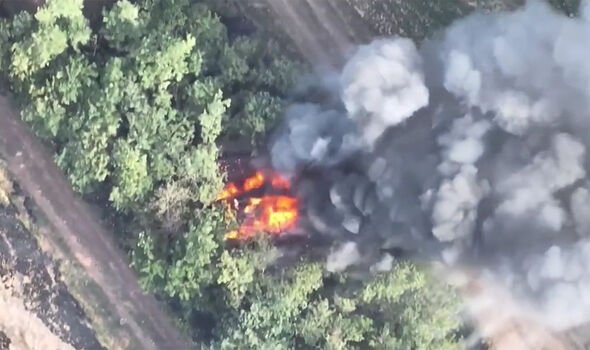 Viewers questioned the Russian tactics exposed in the video, with many claiming the tanks were “like sitting ducks” in the open.

@Strugatsky101 tweeted: “It’s good that they still move in tight formations 5 months into the war.”

@Blueelectron4 joked: “We’re under artillery fire! Quick, everyone stand still and bunch up as tight as possible!- Russian military ‘genius’.” 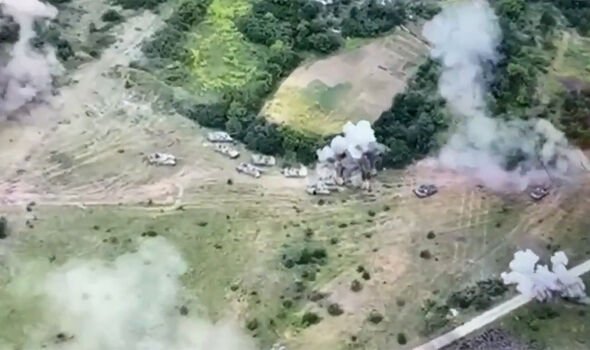 @Unknown94367819 responded: “I see that they have still not yet mastered the fine art of spreading out while under enemy artillery fire.”

The Kyiv Independent later reported that 15 Russian tanks were destroyed in total during the attack.

On Saturday, the latest intelligence briefing from the British MoD claimed Russia is moving forces across the country and assembling them near Ukraine for future offensive operations. 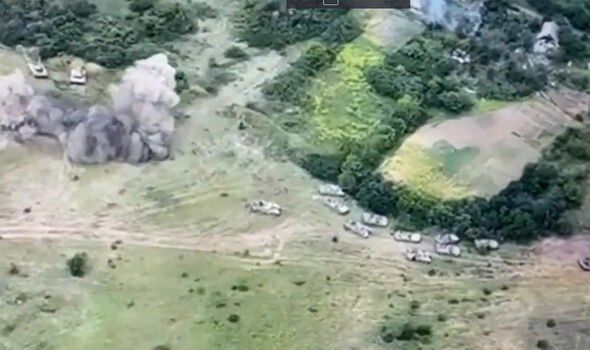 The update said a large proportion of the new infantry units were “probably” deploying with MT-LB armoured vehicles taken from long-term storage.

Overnight, Ukraine’s President Volodymyr Zelensky said that Russia had struck the cities of Mykolaiv, Kharkiv, Kryvy Rih, and the Zaporizhzhia region, covering a wide swathe of the country.

The governor of the Luhansk region claimed that Russian forces were creating “hell” in shelling the eastern region of Donetsk.

Meanwhile, the first group of Ukrainian soldiers arrived in the UK to be trained in combat by British forces.

The British forces will train 10,000 Ukrainians over the coming months.