Meth-addicted Qatari media boss, 32, who used his girlfriend ‘as a punchbag’, yanked out her hair, stamped on her and ‘interrogated’ her in his £1.6M London flat is jailed for seven years

A Qatari media boss who came to Britain seeking drugs and sex has been jailed for seven years for kicking and and stamping on his girlfriend in his £1.6m apartment.

Saleh Al-Mesallam, 32, repeatedly beat her at his luxury home at the Peninsula Apartments complex in Paddington, west London.

The victim was treated in hospital for a fractured elbow and a mass of cuts and bruising, Southwark Crown Court heard.

The woman went to hospital last March and first told a doctor she had been injured from a fall, but then explained how Al-Mesallam had terrorised and beaten her.

During a police interview, the woman said Al-Mesallam laid out a knife, a plastic bag and tape next to her on the bed while she slept.

She claimed Al-Mesallam would interrogate her, then beat her when he did not get the answer he wanted. 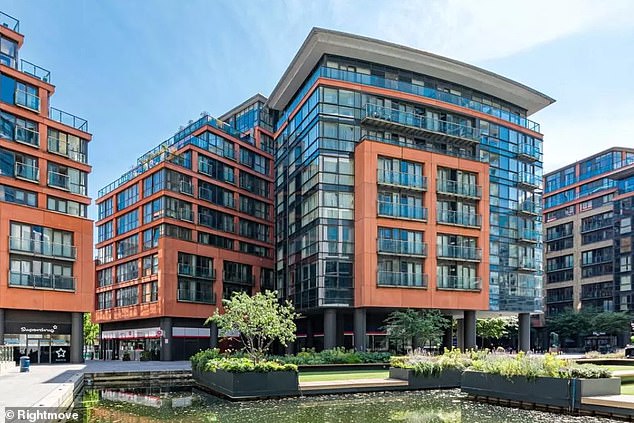 The media mogul beat and abused his victim for months causing her broken bones and injuries all over her body (pictured) The Peninsula Apartments complex in Paddington, west London

The woman also claimed she was repeatedly raped by the media mogul.

Police raided his apartment and broke through a barricaded door to find Al-Mesallam on his bed.

Al-Mesallam denied and was cleared by a jury at Southwark Crown Court of four counts of rape and making threats to kill.

But he was convicted of five charges, one of inflicting grievous bodily harm, three of assault causing actual bodily harm and one of abusive and coercive behaviour.

Al-Mesallam also pleaded guilty to possession of cocaine and crystal meth, both class A drugs as well as Class B Cannabis.

The jury had failed to reach a verdict in relation to a charge of causing grievous bodily harm with intent, which Al-Mesallam denied.

‘He repeatedly hit the complainant’s head, banging it against the window, pulled her hair and put his foot on her neck so that she could not breathe. 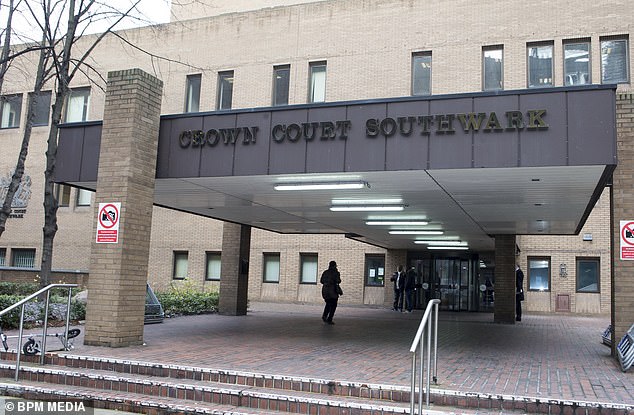 He is to serve seven years in jail for GBH, ABH, abusive and coercive behaviour as well as possession of class A drugs cocaine and crystal meth (pictured) Southwark crown court where Al-Mesallam was charged

‘He dragged her into the bathroom, grabbed a razor and threatened to shave her eyebrows.

‘He then hosed her down in the bathroom.’

Mr Smith described how on a different occasion Al-Mesallam ‘dragged her by her hair and pulled it out by the roots.’

He then ‘threatened to cut her cheek and cut her ‘tangled hair.’

Al-Mesallam would regularly take cocaine, crystal meth and cannabis at these times.

‘He repeated constant threats to the victim; monitoring and accusations.

‘He took the victim’s belongings including bank cards and phone.’

Al-Mesallam even pretended to be the victim on the phone to her family and friends, whilst in fact she was in hospital due to his own abuse.

Ms Karina Arden, defending the media boss, said: ‘He comes from a good family, a business family, a close family.

‘He became addicted to drugs.

‘Since in custody he has seen nobody from his family. He could not face his grandparents coming to this country and seeing him in jail.

‘He feels shame at what in fact the taking of drugs has led him to do.

‘His family have suffered because it has been reported in the Arabic press as well as the press here.

‘He does express remorse. He feels his relationship with this country which he thought was a good one is over.’

He would not wish to come to this country again, he has shamed himself in this country and he would have to go back to build a new life.

‘He has lost his job.

Judge Sally Cahill QC told Al-Mesallam: ‘You are a man completely without shame.

‘In my view you are a disgrace to your country.

‘You came here in order to take drugs and seek sex. You did so, so that those in your country would not know what you were doing.

‘I have no doubt whatsoever that you had no intention of having a lasting relationship with the complainant, despite your false protestations of love for her.

‘In this country, as in yours, both drugs and violence are not legal.

‘You went on a spree on taking drugs, you clearly had access to money and you had nothing to occupy your time, save those drugs.

‘During the short time you and the complainant were together you used her as a punching bag.

‘You bullied her, you monitored her movements, you took away access to the internet and her mobile phone, cutting her off from her family.

‘You threatened her, you belittled her.

‘The most serious injury was the broken collar bone sustained when she was lying in bed, covering herself to protect her face when you chose to kick her.

‘She suffered the pain of that injury for some weeks before she went to hospital.

‘An example of how you controlled her is that it was the doctor that saw that she suffered violence and not the victim.

‘She was completely controlled by you.

‘There is no doubt that your conduct intended to humiliate her, degrade her and to maximise her fear.

‘Your behaviour towards her was completely excessive and unacceptable.

‘You are, I am told, well educated and come from a respectable family in Qatar, which makes your behaviour even more inexplicable, but even more deliberately planned, that you chose to come here to commit it rather than your own country.’

Al-Mesallam also has a restraining order in place where he must not contact the victim.

A depravation order was also made in respect of his phones and laptops he used to control the victim.