Queen’s sorrow for Beirut: Monarch sends ‘thoughts and prayers’ to victims of devastating port explosion that killed more than 100 and injured thousands in Lebanese capital

The Queen has expressed her ‘deep sadness’ at the scenes of devastation in Beirut following a huge explosion that killed more than 100 people.

A blast the size of a small nuclear bomb ripped through the streets of Lebanon’s capital yesterday after a fire in a port warehouse ignited 2,750 tons of ammonium nitrate.

Thousands of injured residents have been queueing to get into crowded hospitals damaged by the impact of the blast, as hundreds more are feared missing in wreckage. 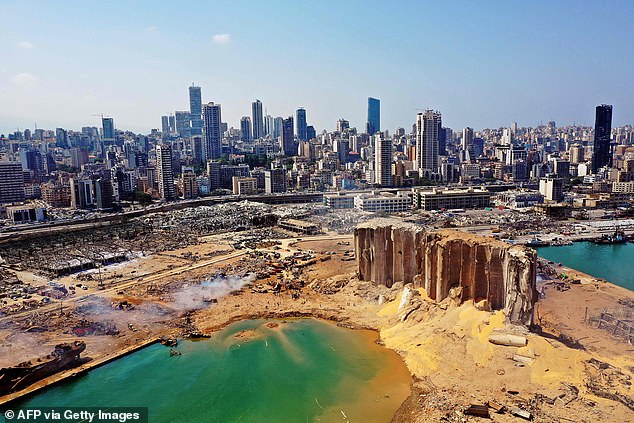 In a show of solidarity, the monarch released a statement saying: ‘Prince Phillip and I were deeply saddened by news of the explosion at the Port of Beirut yesterday.

‘Our thoughts and prayers are with the families and friends of those who have been injured or lost their lives, and all those whose homes and livelihoods have been affected.’

The British embassy is just two kilometres away from the scene of incident, in the densely-packed city centre. 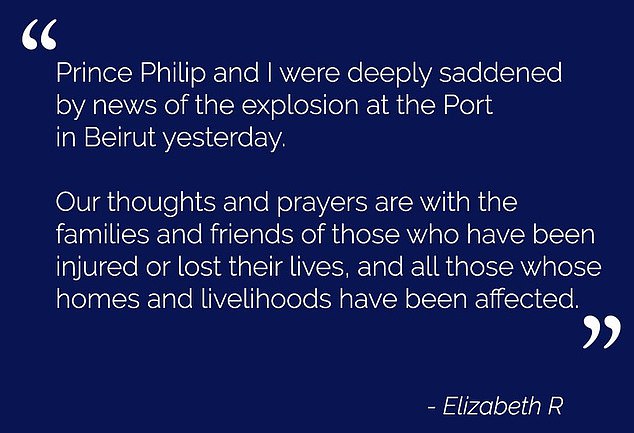 Yesterday the Foreign Office spokesperson said a small number of staff sustained non-life threatening injuries in the explosion and are receiving medical attention where necessary.

Prime Minister Boris Johnson tweeted: ‘The pictures and videos from Beirut tonight are shocking. All of my thoughts and prayers are with those caught up in this terrible incident.

‘The UK is ready to provide support in any way we can, including to those British nationals affected.’ 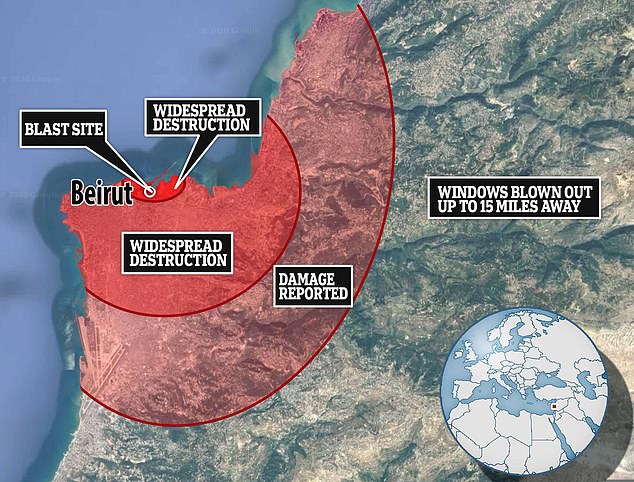 08/05/2020 World News Comments Off on Queen sends 'thoughts and prayers' to victims of Beirut port explosion
Recent Posts
We and our partners use cookies on this site to improve our service, perform analytics, personalize advertising, measure advertising performance, and remember website preferences.Ok