The 23-year-old screamed at Andi Bauer to punch the 6ft beast in the eye after reading that it was the best way to stop an attack.

The tip worked and Andi, 26, survived the terrifying encounter high in the mountains of Romania.

The couple were trekking last month when they came face to face with a mother bear and her two cubs.

The protective beast bounded towards Andi and wrapped its jaws around his right leg, tossing him around like a rag doll.

Lara, who was walking behind, said she yelled at him to “punch it in the eye”. It was enough to make the bear flee, but Andi was left badly injured.

Brave Lara was forced to leave him to stem the bleeding with his socks while she searched for a mobile phone signal to summon rescuers.

Andi was flown by helicopter to hospital, where surgeons had to screw rods into his leg, which had been shattered in three places.

But the pair say they feel lucky to be alive. Lara, from Cambridge, said: “I was frozen with fear when we first saw the bears.

“I was probably useless – I was screaming at Andi the whole time. Keeping calm during an attack like that is hard. I did as best I could.

“I remembered you’re supposed to punch a bear in the eye, so I yelled that. The bear turned around and left him.” 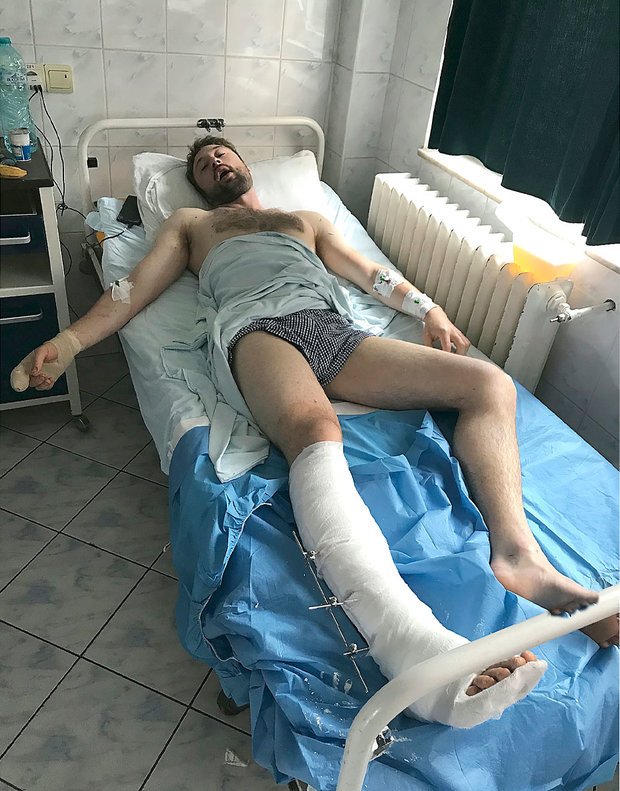 They parked their car by an old monastery where a priest told them not to climb in the mountains.

But the couple shrugged off his warning and hiked on with a tent and their sleeping bags.

On their first day, they saw a snake, a lizard and six wild boar, prompting Andi to joke: “The next thing we’ll see is a bear.”

The following day they started to worry when they spotted a dead fawn which had been mauled by a wild animal.

Moments later they spotted the bear and her cubs on the path, but they were too close for Andi to back off.

Lara screamed at him to get away from the growling creatures. The couple hadn’t taken a bear spray on their travels because Andi had said they wouldn’t need it.

During the attack, the bear’s teeth tore a chunk out of his calf, forcing Andi to use his socks to make a tourniquet to stop the bleeding.

While he lay in agony, Lara had to walk uphill for an hour before she could get a phone signal.

The rescue helicopter picked her up and took her back down the mountain before the crew began looking for her boyfriend.

Andi was moved to hospital in Târgu Mures where he had a metal cage fitted around his limb. 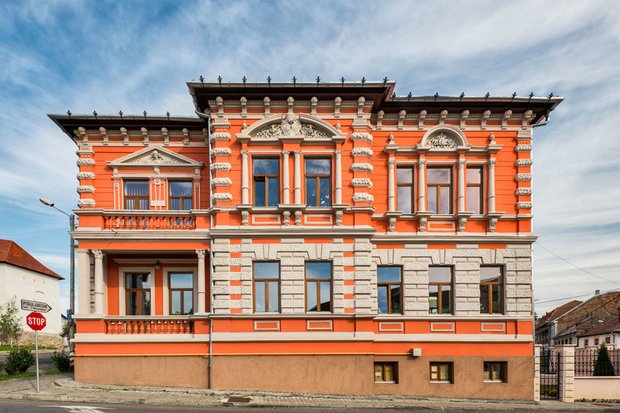 Lara had to take a series of buses to get to the city hospital 20 miles away, and Andi was later repatriated back to Munich, where he is still in hospital.

Lara said: “This was supposed to be a hard but pleasant hike through the Romanian mountains.

“I’d read up about bears and panthers, but Andi had persuaded me not to bring a bear spray because he thought it’d be more likely that it would explode.

“I’d had a bad feeling deep down the whole time. Leaving him on the mountains on his own was the hardest thing I’ve ever had to do. 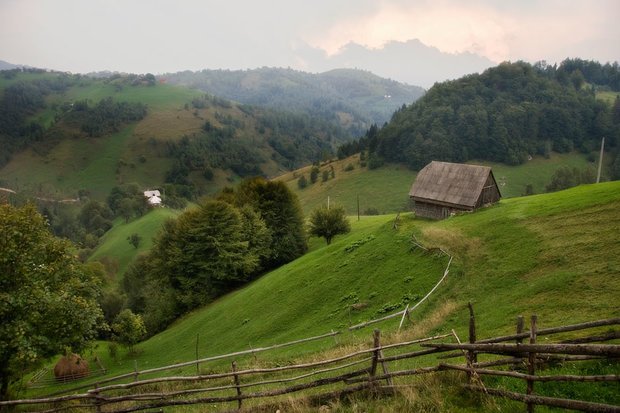 “To keep him safe, I told him to keep speaking loudly to scare any other animals off. And the whole time I looked for help, a thunderstorm was gathering.

“It was a race against the clock at that point. But we won that one. He’s doing as best he can now and is being treated properly in Germany.”

Andi added: “I was always feeling optimistic that I would survive the attack.In fact, the greater risk was the helicopter not being able to fly through the mountains.

“The chances of being attacked by a bear like that are slim anyway – you’re more likely for the bear spray [cannister] to explode than be attacked.”