HAUNTING colour photos show the shocking living conditions of African Americans housed in dilapidated shacks at the tail end of the Great Depression.

The sobering images capture children dressed in rags standing beside the tumbledown shacks they had no option but to live in a country still divided by race. 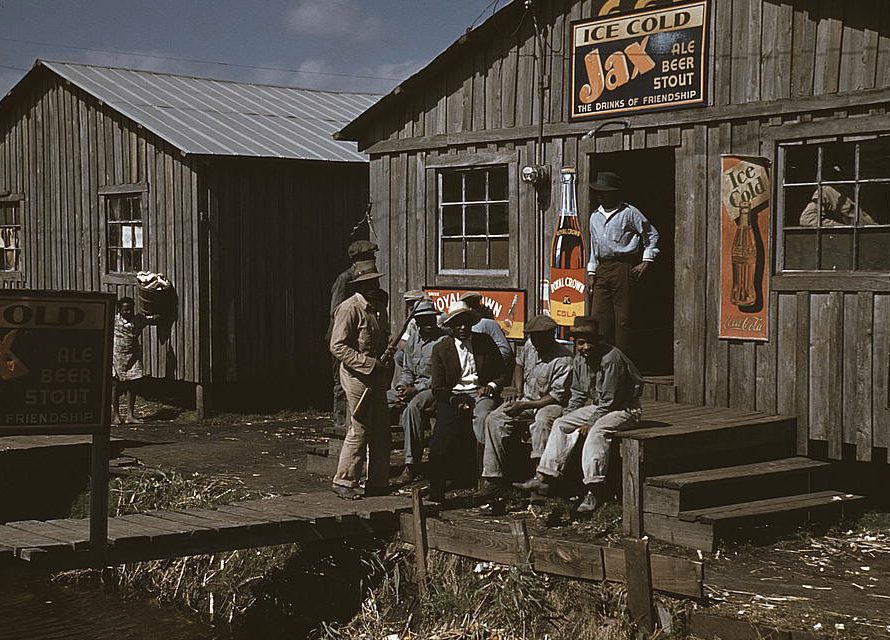 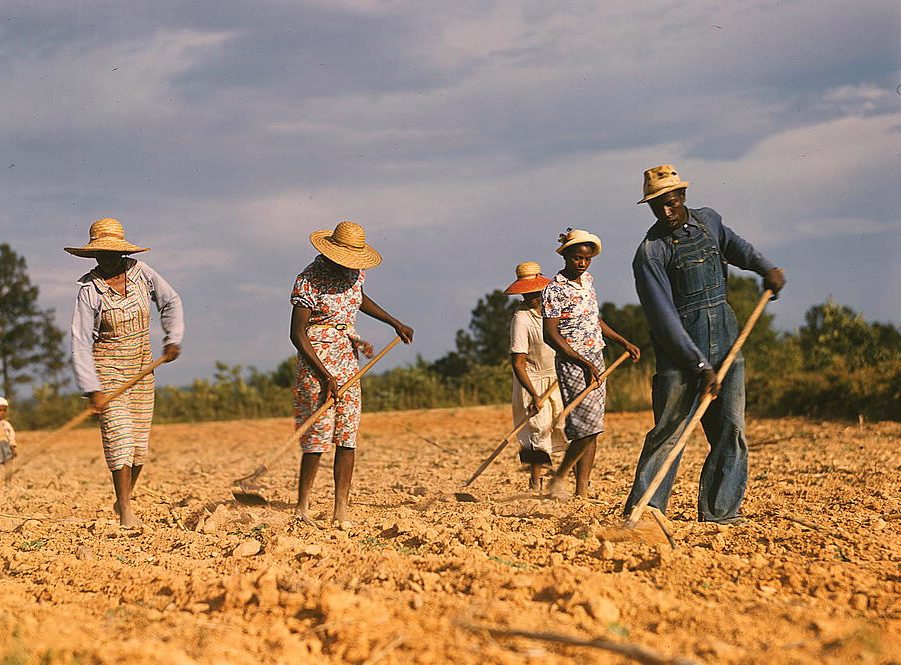 Other show labourers picking cotton and African American men waiting dolefully around a hastily-constructed bar for some offers of work to come in.

The photos were taken in 1941, when most of the US was getting back on its feet after the turmoil of the economic collapse of 1929.

For more than ten years the country was in a financial crisis which saw 15 million Americans out of work and nearly half of the country’s banks collapse.

Many African Americans who worked on farms in the 1930s – a hangover from the days of slavery – found themselves unemployed with little or no work available.

Migratory workers would often be paid by the day, a situation which offered no job security and long barren spells between harvesting seasons.

Many would be toiling for pennies under the archaic and divisive Jim Crow laws – which marginalised black communities across the States.

What were the Jim Crow laws?

The Jim Crow laws were a collection of state and local statutes that legalised racial segregation.

Named after an insulting song lyric regarding African Americans, the law existed until 1968.

They were aimed at returning Southern states to a pre-Civil War class structure by marginalising black Americans.

Black codes were strict laws detailing when, where and how freed slaves could work, and for how much compensation.

The codes appeared throughout the South as a legal way to put black citizens into indentured servitude.

These codes worked in conjunction with labuor camps for the incarcerated, where prisoners were treated as slaves.

Homelessness rocketed, and many black citizens had no choice but to build their own ramshackle, cramped living quarters where whole families would often share just one room.
With lodging houses overflowing, improvised shantytowns sprang up across the whole country.
On vacant lots, public land and in empty alleys, unemployed people cobbled together huts and shacks from wood and scrap metal.

Violence was also on the rise, making mortal danger a regular aspect of black lives.
Black schools were vandalised and destroyed, and bands of violent whites attacked black citizens in the night.

The most ruthless organisation of the Jim Crow era, the Ku Klux Klan, was born in this setting in 1865 in Pulaski, Tennessee, as a private club for Confederate veterans.

It quickly grew into a secret society terrorising black communities and seeping through white southern culture, with members at the highest levels of government.

These hardships are captured in the early 1940s by the US Farm Security Administration (FSA) who sent out a group of America’s best photographers to document the Great Depression.

Although colour film had been available commercially since 1935, it was still not widely used as it was expensive and colour images were considered "vulgar" by many photographers. 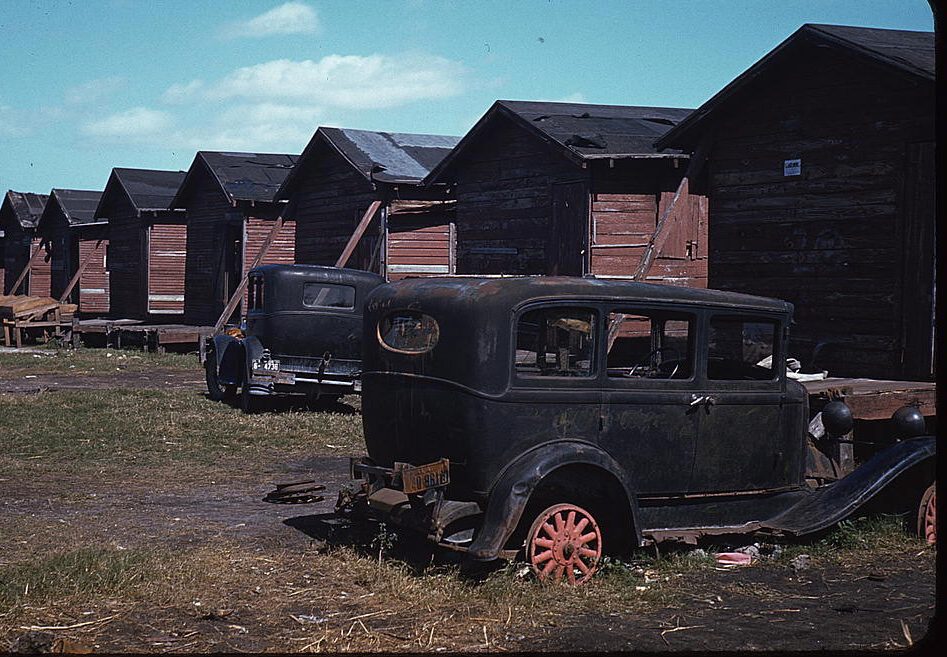 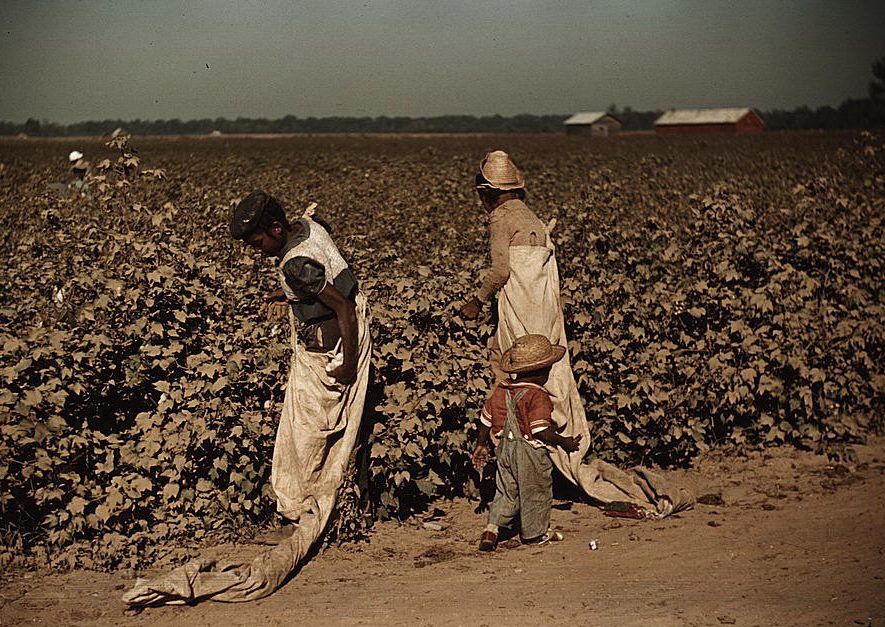 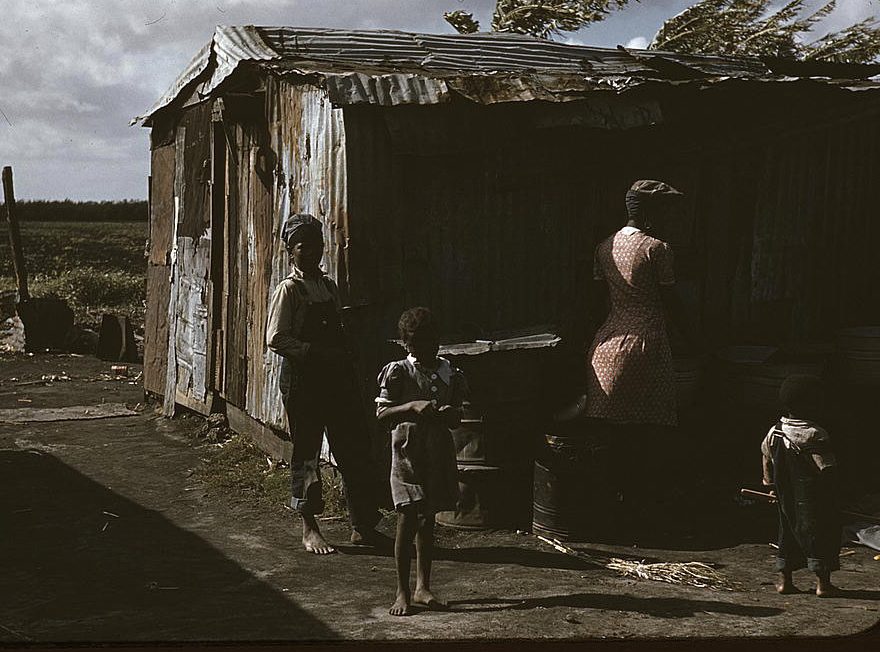 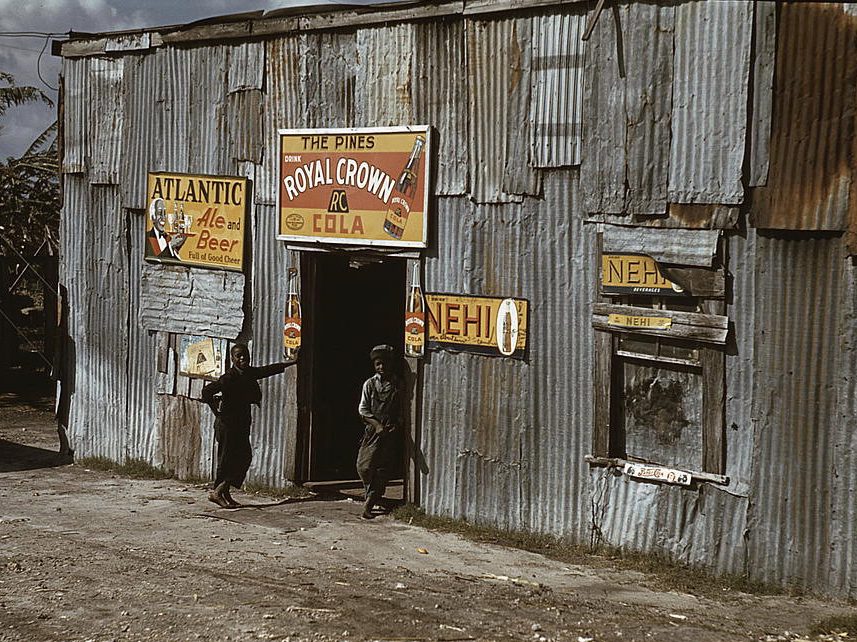 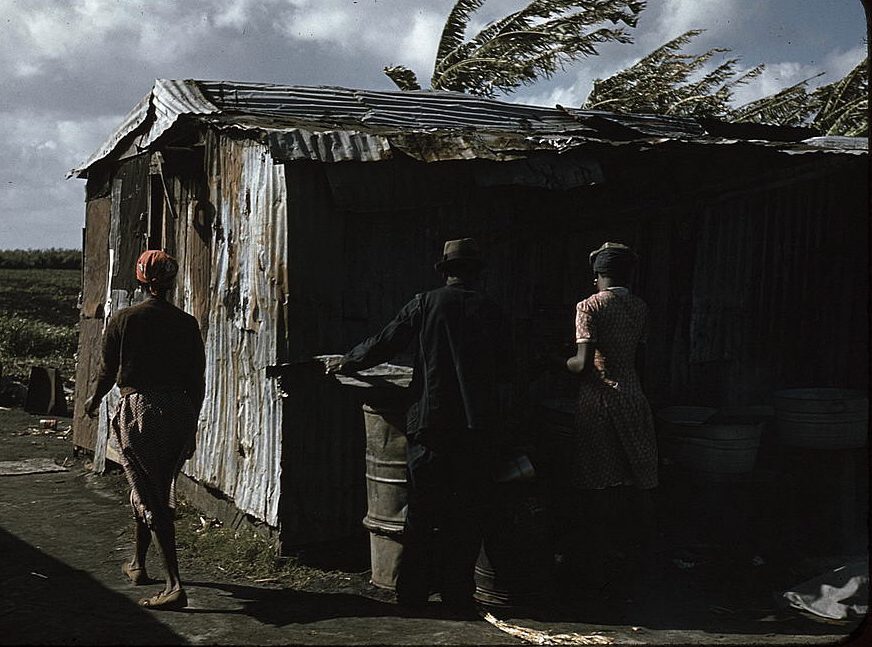 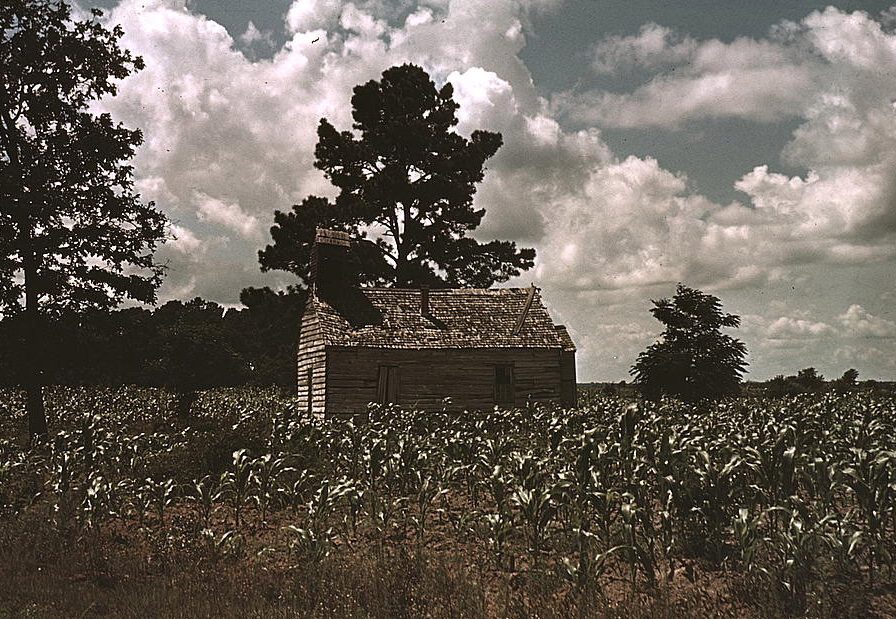 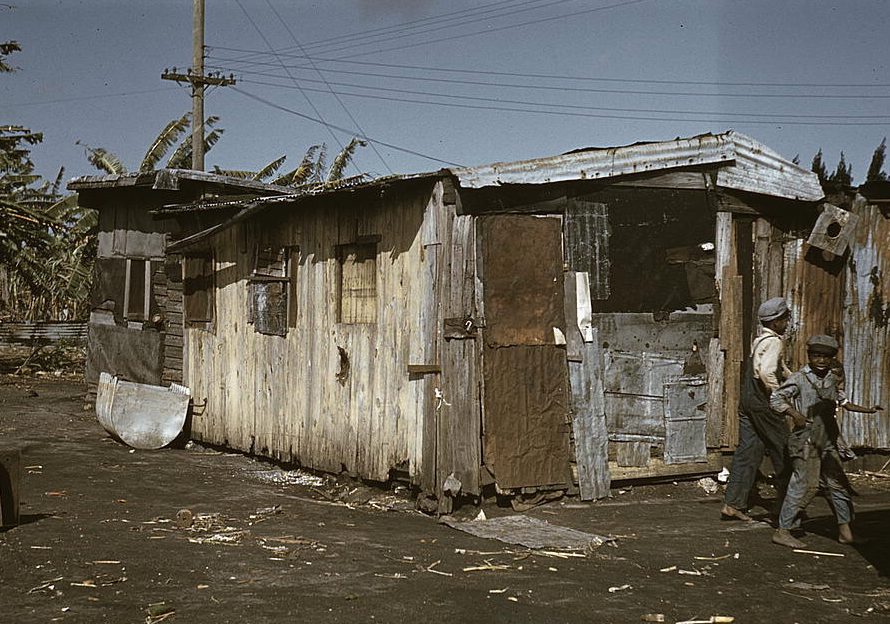 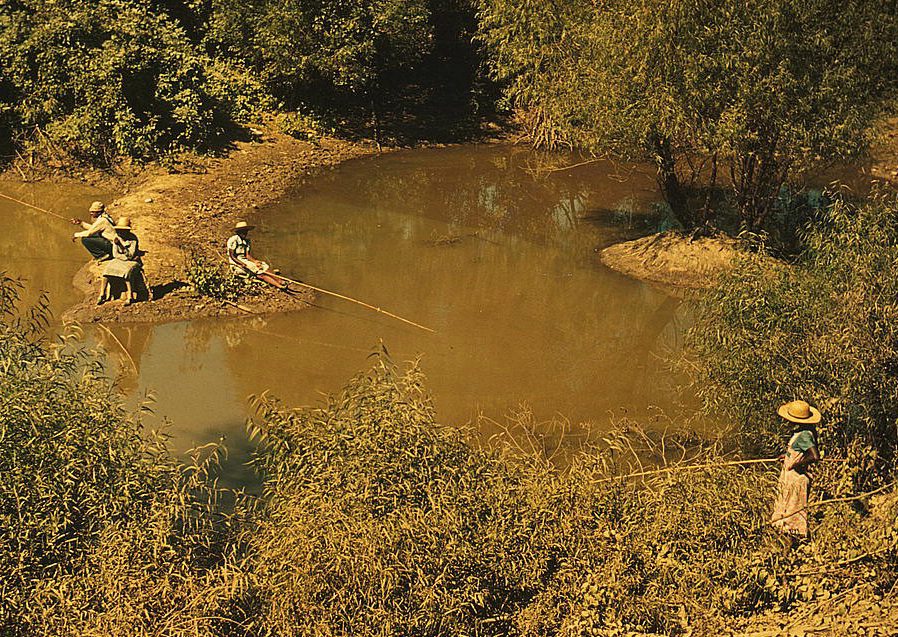