Rare Queen Victoria gold coin from 1839 that shows the monarch leading a lion is set to sell at auction for £600,000

A rare Queen Victoria coin, described as the ‘finest example’ of its type, is tipped to sell for £600,000.

The 1839 gold ‘Victoria Una and the Lion’ five pound coin shows the 20-year-old monarch, who ascended to the throne two years earlier, leading a lion that represents the British Empire.

The back of the coin, of which only 400 were struck, carries a portrait of Victoria. 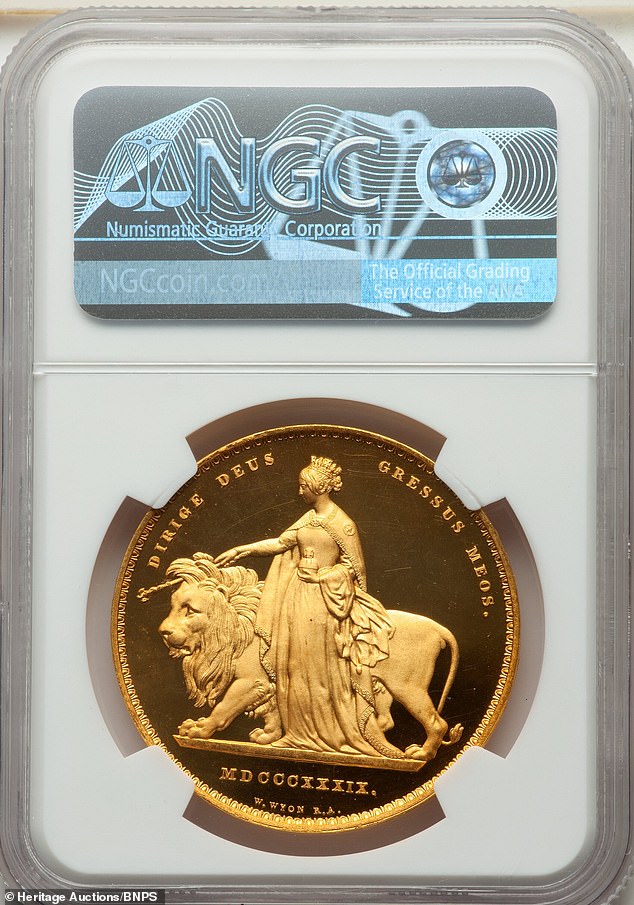 The coin in its case. An extremely rare Queen Victoria coin which is described as the ‘finest example’ of its type

The coin, pictured, was created by William Wyon, chief engraver at the Royal Mint from 1828 to 1851, and depicts Queen Victoria as Una, the protagonist in the first volume of The Faerie Queene by Edmund Spenser.

In the 1590 poem, Una saves her parents’ castle from a dragon and is the embodiment of ‘truth’.

The coin, belonging to a private collector, is being sold at Heritage Auctions in Dallas, Texas.

A Heritage spokesperson said: ‘The Una and the Lion is one of the most iconic types of British numismatics, and has long been considered a ‘trophy coin’ that a lot of collectors seek to get, even if they don’t specialise in British coins. 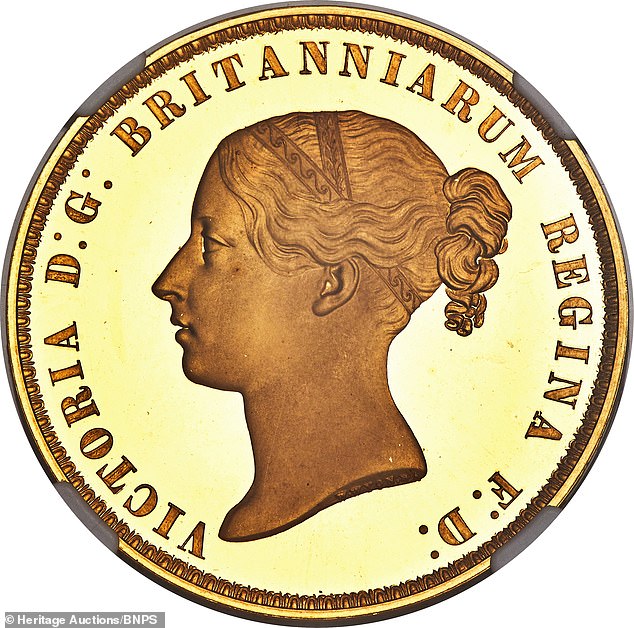 ‘It shows the young Victoria as Una, only 20 years old but still radiating power and poise, leading the lion, a representation of the British Empire.

‘With a total population numbering just in the hundreds, demand is always very high when they come to market.

‘This is the finest example of this type of coin and is of outstanding visual quality, so its sale is an absolutely monumental occasion.’

The timed sale ends on August 19.