A RECORD number of migrants have crossed the English Channel, as new a £54 million deal is agreed to patrol French beaches.

At least another 280 people made their way across the sea from the continent on Tuesday, meaning8,439 migrants have arrived this year soaring past 2020's total of 8410. 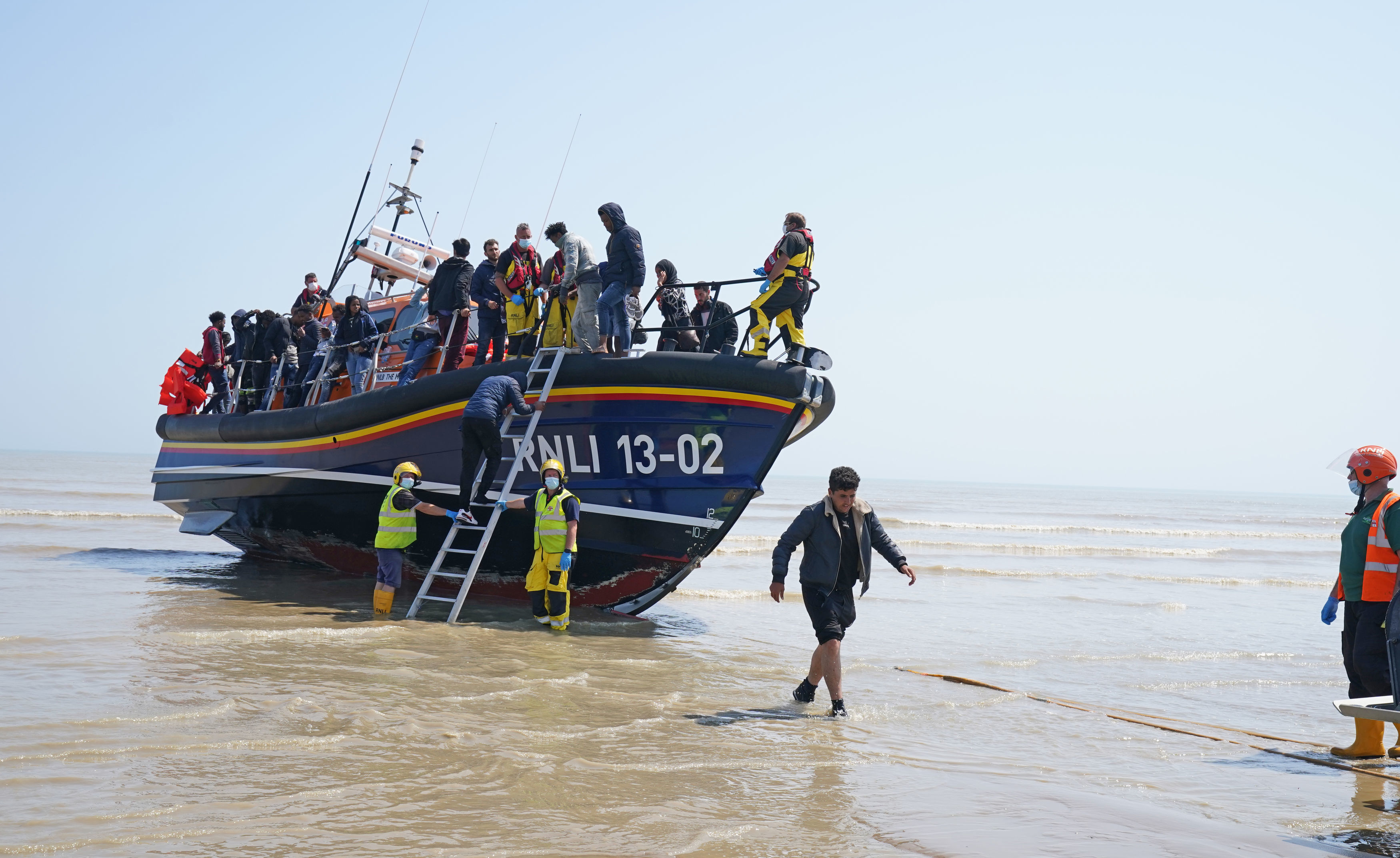 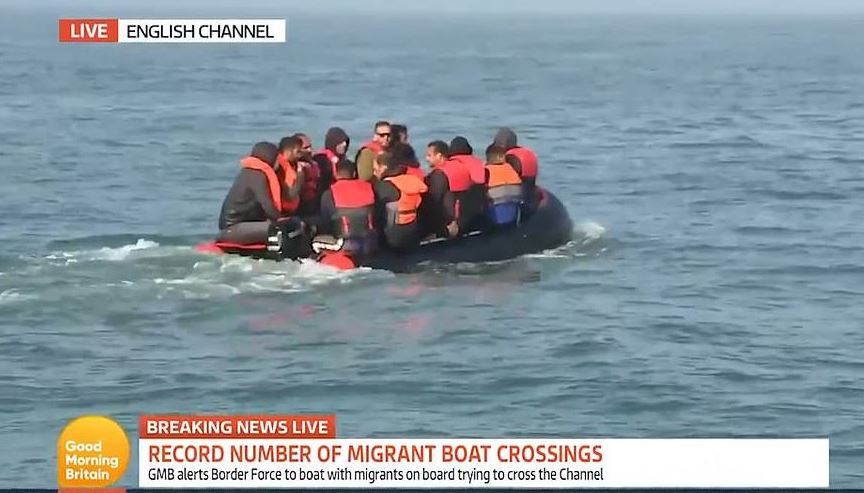 That was with five months – and crucially most of the summer sailing season, still to go.

The new record comes as Home Sec Priti Patel sealed a deal to get more French cops to patrol the beaches of Northern France, by getting out her cheque book.

Britain has agreed to hand over £54 million to fund the extra policing between Boulogne and Dunkirk, and expanding the patrols further along the coast to the port of Dieppe.

Ms Patel said: “The British people have simply had enough of illegal migration and the exploitation of migrants by criminal gangs.

“Illegal immigration is driven by serious organised criminals and people smugglers. The public are rightly angry that small boats are arriving on our shores, facilitated by appalling criminal gangs who profit from human misery and put lives at risk."

Border Force vessels brought migrants to Dover Marina, Kent, yesterday, after they were intercepted in the Channel.

Around 40 more were seen coming ashore at Dungeness about 30 miles along the Kent coast.

One African migrant told photographers the group had paid £3,000 each for the 10-hour crossing.

Earlier, a French warship escorted around 13 migrants crammed into a dinghy into English waters with a baffled ITV film crew left to monitor the vessel.

The team from Good Morning Britain alerted the coastguard before a Border Force jet ski met the dinghy in the Channel.

GMB journalist Pip Tomson said they agreed to "observe" the migrants as UK officials were so busy dealing with other incidents.

"How low can you go when people are a commodity?"

But Border Force were "nowhere to be seen" when another dinghy of 12 migrants was spotted, she said.

Border Force cutters were dispatched on search and rescue missions to bring groups of migrants back to Dover.

Hurricane carried around 20 migrants into Dover marina' around 12.15pm,.

A small dinghy brought in around a dozen more ashore, many of them children, with a Border Force officer carrying ashore one young girl of about two years old.

The tot in an orange life jacket put her arm over the officer's shoulders as she was carried up the gangway.

A huge mountain of around 100 lifejackets could be seen piled high next to the area where migrants are processed.

More children were brought in to Dover Marina shortly before 2pm.

At Dungeness, migrants who had made the treacherous crossing in 25-ft rigid hulled inflatable boats they were brought to shore by an RNLI lifeboat.

Three coachloads of migrants were driven away by Border Force officials after arriving at the  beach next to Dungeness Lifeboat Station.

It came after 430 migrants landed on Monday – a record for a single day.

Residents close to the RNLI Dungenness lifeboat station said they had seen a "huge" spike in migrants being brought ashore this year.

"I have seen a huge amount this year. Last year we saw one now and again, Now its unusual not  to see a dinghy or a French vessel.

"It makes me feel angry. Somebody is getting extremely rich. The people who traffic them are people dealers.

"How low can you go when people are a commodity?"

Yesterday's arrivals included a family-of-six from Kuwait who were escorted to Dungeness lifeboat station after paying smugglers £8,000 to make the crossing.

The dad said: "There are six of us, four children. We have come from Kuwait originally but have been in France for the last month.

His 12-year-old daughter added: "None of us can swim but everyone on the boat had lifejackets." 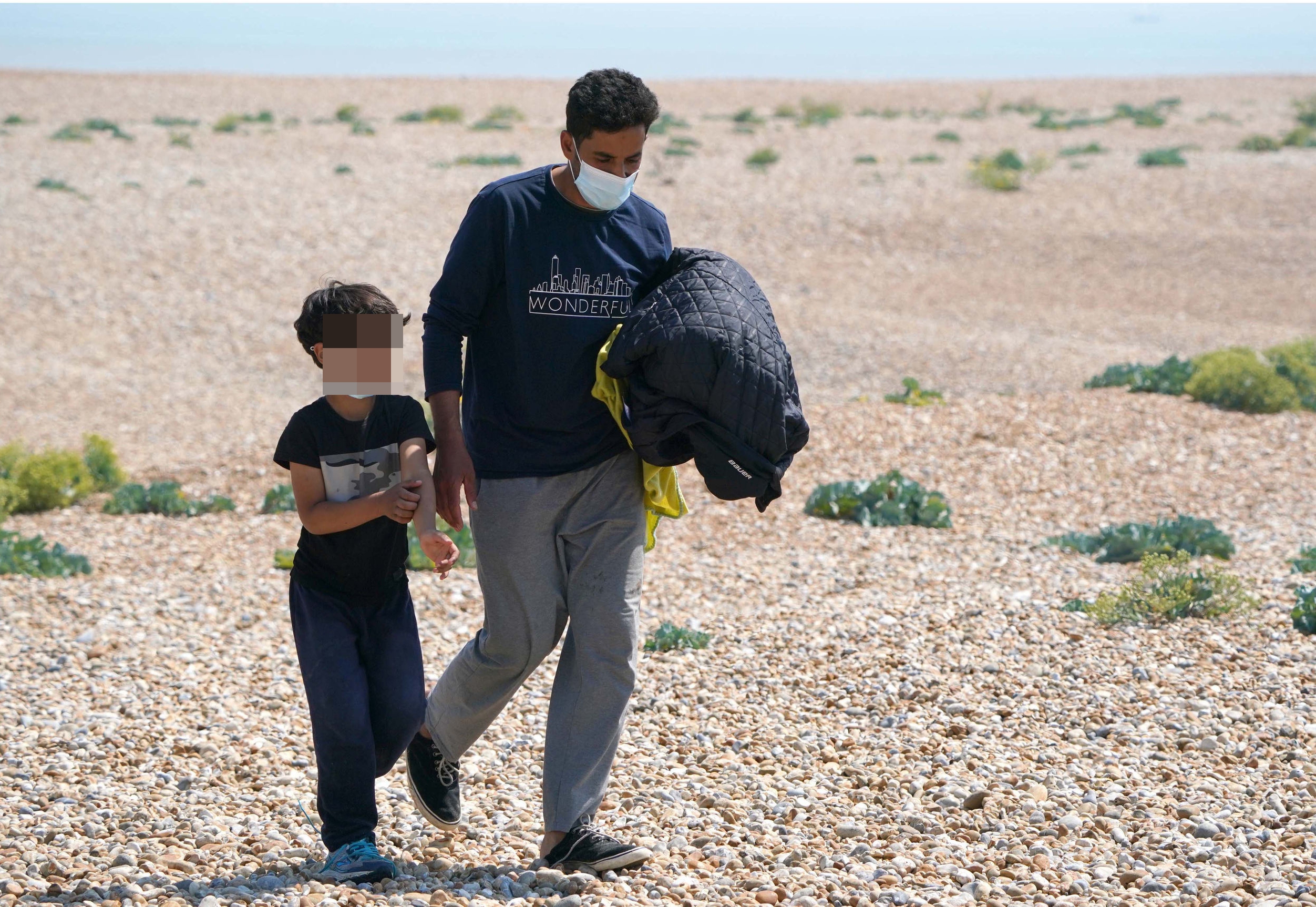 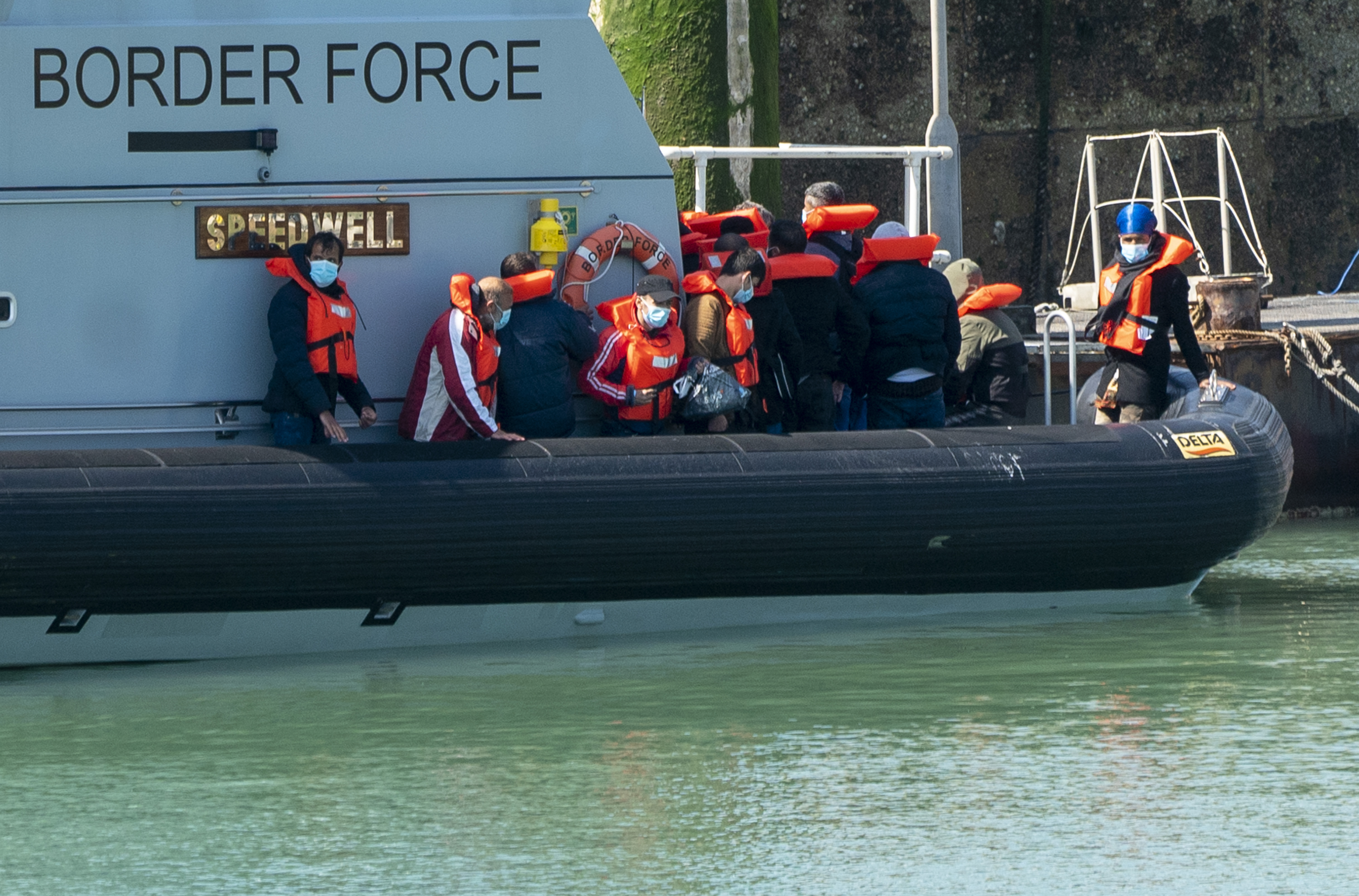