BEIJING (Reuters) – Under pressure from China’s government, financial information provider Refinitiv has removed from its Eikon terminal Reuters news stories related to the 30th anniversary of the bloody suppression of pro-democracy demonstrations in Beijing’s Tiananmen Square. 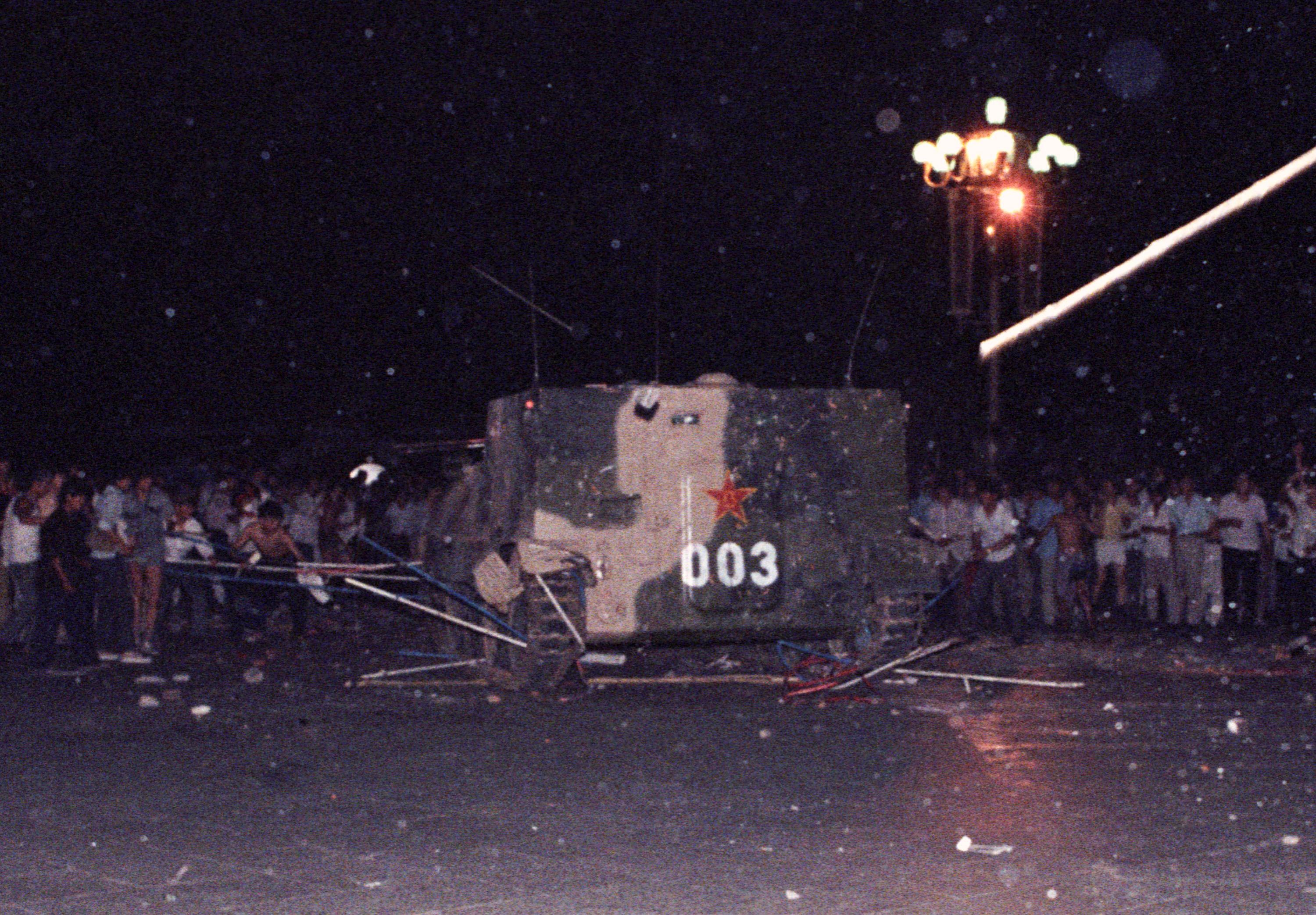 Refinitiv took the action to block the stories last week after the Cyberspace Administration of China (CAC), which controls online speech, threatened to suspend the company’s service in China if it did not comply, three people with knowledge of the decision said.

Refinitiv’s intention was to block the distribution of the stories only in China, two people familiar with the matter said. However, users outside China also said they could not see the stories. It was not clear why.

“Refinitiv is a financial markets news and data provider in China. We are proud of the role we play in the world to facilitate transparent and efficient financial markets,” the company said in an emailed statement to Reuters.

“As a global business, we comply with all our local regulatory obligations, including the requirements of our license to operate in China.”

Refinitiv has a license to provide financial information in China. A person familiar with the matter said the terms have not changed since the company was established, but enforcement has become more stringent.

Reuters News spokesman David Crundwell said in a statement that Reuters “reports around the world in a fair, unbiased and independent manner, in keeping with the Thomson Reuters Trust Principles, and we stand by our China coverage.”

“We continue to provide Refinitiv with the same scope of content that we always have, including stories relating to China, and Refinitiv’s decisions will not affect the breadth or quality of our coverage. We remain committed to telling the stories that matter.”

The CAC did not respond to a faxed request for comment. Since Friday, at least nine Reuters stories, all with the word Tiananmen in the headline, have vanished from the scrolling news feed on Eikon terminals. While some affected stories had been restored, others remained missing for users in China and elsewhere on Monday.

Reuters News, a unit of Thomson Reuters, supplies news to Refinitiv under a 30-year agreement that pays Reuters a minimum of $325 million per year, making Refinitiv the news organization’s largest customer. Reuters also provides news for media and digital clients.

The transmission of Reuters stories on Tiananmen to other media organizations and to the Reuters website was not affected by the Refinitiv action.

Reuters website has been blocked in China since 2015. The sites of many foreign news outlets are also off-limits in China, as are major U.S. digital media platforms such as Google, Facebook and Twitter.

This is a sensitive year for the Chinese leadership, with the Tiananmen anniversary on Tuesday and the 70th anniversary of the founding of the People’s Republic of China in October.

The Tiananmen crackdown remains a taboo subject in China, three decades after the government sent troops and tanks to quell student-led protests calling for democratic reforms. Beijing has never released a death toll but estimates from human rights groups and witnesses range from several hundred to the thousands.

The blocked Reuters stories on Eikon included one based on remarks made by China’s defense minister on Sunday at a forum in Singapore defending the Tiananmen crackdown, and another on Taiwan’s call on Monday for China to “repent” for Tiananmen.

There was no customer notice to subscribers posted on Eikon.

Censorship of the internet in China has been intensifying under President Xi Jinping, and businesses have come under growing pressure to block content that Beijing sees as sensitive. Last November, the CAC introduced new rules aimed at quashing dissent online in China, where “falsifying the history of the Communist Party” is a punishable offense for both platforms and individuals.

In the past two months, some popular services, including a Netease Inc news app and Tencent Holding Ltd’s news app TianTian have all been hit with suspension orders ranging from days to weeks, according to the CAC.

Refinitiv competitor Bloomberg declined to comment on whether it had blocked or limited distribution of news stories deemed to be sensitive by China on its financial terminals in China.