“People must pay attention. People must watch, and they must understand how easily our democratic system can unravel if we don’t defend it,” Cheney said during an interview broadcast on CBS Sunday Morning, days before Congress’ official probe of the Jan. 6, 2021, assault on the Capitol begins public hearings.

Cheney, a vocal critic of Trump who voted to impeach him, is one of two Republicans serving on the committee. She warned that Trump continues to damage trust in American democracy by repeating his false claims that his loss was the result of widespread fraud.

Those claims have been repeatedly debunked by courts, state and local election officials and members of Trump’s own administration. 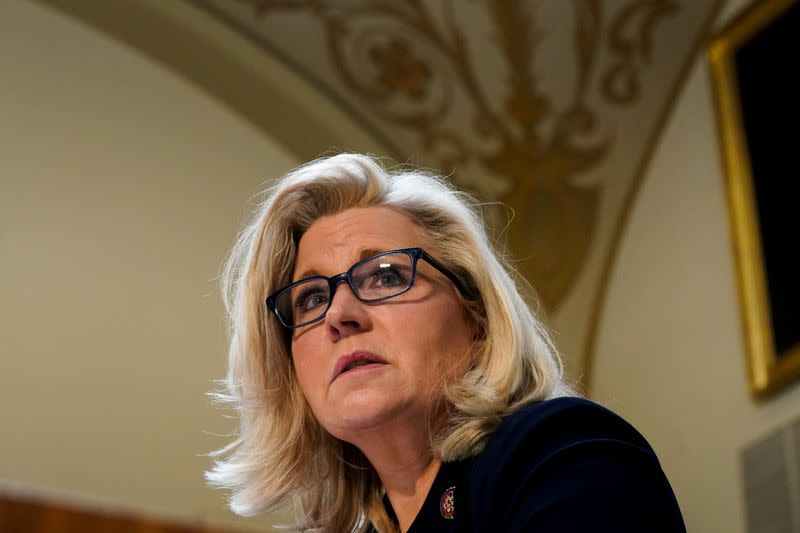 The House of Representatives Select Committee investigating the attacks will hold a prime time hearing at 8 p.m. EDT (0000 GMT June 10) on Thursday, the committee announced. It will be the first of six public hearings, set for June 13, 15, 16, 21 and June 23, according to media reports.

With seven Democrats and two Republicans, the panel has spent much of the past year investigating the events preceding and driving the attack by thousands of Trump supporters, who stormed the building in a failed bid to prevent Congress from formally certifying his 2020 election loss to now-President Joe Biden.

Cheney was once the third most powerful Republican in Washington. She was ousted from leadership after repudiating Trump’s false claims that the election had been stolen. Trump has endorsed a challenger to Cheney in Wyoming’s August primary.