Some things in politics should be simple.

When a government secretly cooks up the largest infrastructure project in the history of the state, conceals its plans from cabinet ministers and senior bureaucrats and refuses to submit a robust business case to independent scrutiny, it deserves to be called out. 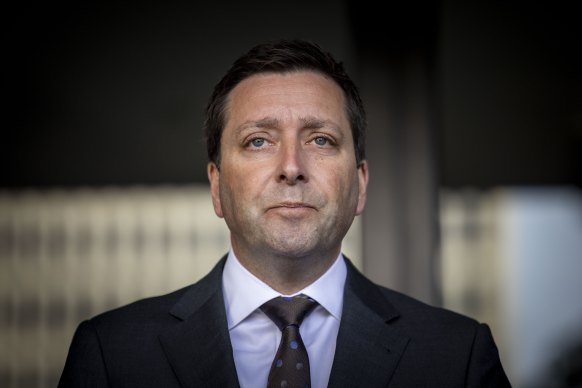 The Victorian Opposition is right to withhold its support for the Suburban Rail Loop, as Infrastructure Australia, Infrastructure Victoria, the Grattan Institute, Rail Futures and this newspaper have done, until the merits of the project are properly assessed.

The Suburban Rail Loop may be a transformational project, or it may be a dog. It may cost close to $50 billion, or closer to $100 billion. Its assumed economic benefits might stack up, or they might not.

Until the Andrews government engages in good faith with Infrastructure Australia, the independent authority established by the Rudd government to judge these things, we won’t know.

“This project is huge, and its viability is based on critical assumptions – like construction costs. So it needs to go through the normal assessment processes.”

Given this, and the unorthodox, clandestine development of the Suburban Rail Loop concept on the eve of the previous state election, a Victorian opposition promise to cease further work on the project until the case for it is established, would have been smart and prudent.

This was foreshadowed by Matthew Bach, the opposition spokesman for transport infrastructure and an avowed sceptic of the Suburban Rail Loop, when he previously announced that a Coalition government would subject all major projects costing $100 million to independent audit.

Instead, Opposition Leader Matthew Guy added an expected twist. The position he plans to take into November’s election is that, whatever the merits of the Suburban Rail Loop, it won’t be built until the crisis in Victoria’s hospital and health system is resolved. 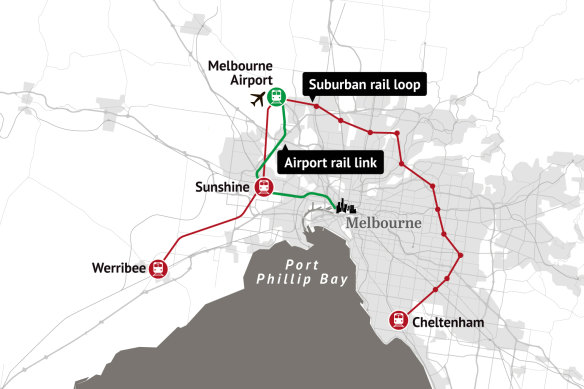 In effect, he invited voters to choose between better health care or a new rail line. “That is what this election is all about,” he said.

Bach said he supported this approach. “We must have a singular focus on fixing the health crisis,” he said. “Once our health system is no longer in a state of crisis, it may be possible to look at this rail line again.”

The risk to the opposition is that, for voters who expect governments to provide for public health care and public transport, it may sound like a false dichotomy. The Andrews government will no doubt offer Labor as the only party promising to do both.

The crisis in Victoria’s health system is real and pressing. So is the need for state governments to consider and plan for the likely future shape of Greater Melbourne and its transport needs.

The problem with the Suburban Rail Loop is that, nearly four years after it was announced on Facebook with a clever video and epic soundtrack, it is still not clear whether it is the best project, for the money it will cost, to meet these needs.

This is where the opposition’s argument ought to be; not on an imagined contest between getting a hospital bed or a seat on a train.

Cut through the noise of federal politics with news, views and expert analysis from Jacqueline Maley. Subscribers can sign up to our weekly Inside Politics newsletter here.