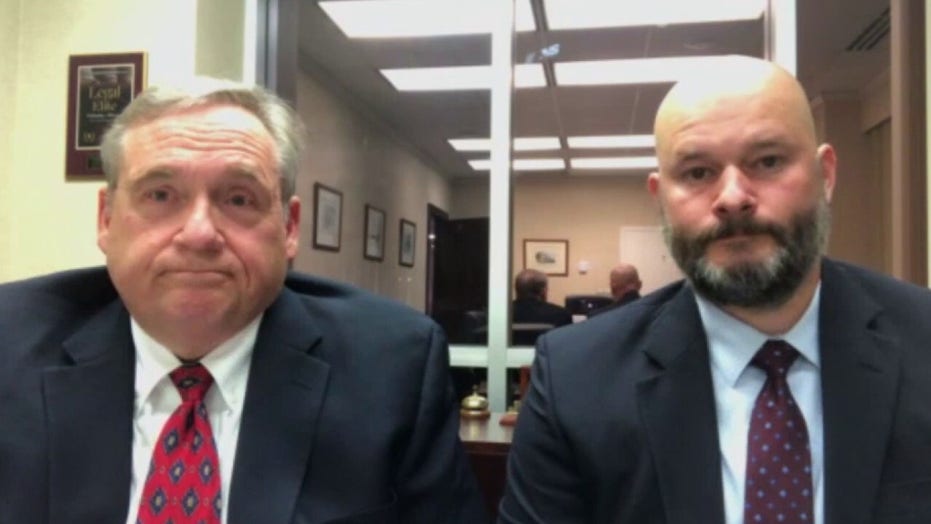 Kyle Rittenhouse is scheduled to make another Wisconsin court appearance Monday, as a judge weighs whether to allow a self-defense expert to testify and Kenosha prosecutors are expected to ask the court to ban the three men shot from being called “looters” or “rioters” during the upcoming trial.

Monday’s hearing is likely the last to happen before jury selection is slated to begin on Nov. 1.

Rittenhouse, then 17 and living in Antioch, Illinois, is accused of killing Joseph Rosenbaum and Anthony Huber and wounding Gaige Grosskreutz during chaotic demonstrations in Kenosha, Wisconsin, on Aug. 25, 2020, two days after police shot a Black man, Jacob Blake, while responding to a domestic disturbance. Rittenhouse has pleaded not guilty to homicide and other charges, arguing he fired in self-defense.

In an 11th-hour request, prosecutors put forward a motion to bar the defense from describing the men Rittenhouse shot as “rioters, looters, arsonists or any other pejorative terms,” instead insisting that the three be referred to by their last names during the trial, the Chicago Tribune reported.

Assistant District Attorney Thomas Binger argues there’s no proof any of the three were engaged in such activities the night they were shot and Rittenhouse denied Rosenbaum and Huber an opportunity to defend themselves against those accusations by killing them.

As is common when a defendant claims self-defense, Kenosha Circuit Judge Bruce Schroeder already ruled the three men cannot be referred to as “victims.” At an earlier hearing, Rittenhouse’s attorney Mark Richards told the court the men “were not protesters,” affirming that they were indeed “rioters.” 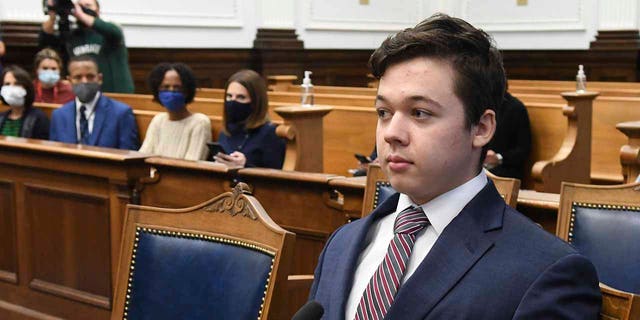 Kyle Rittenhouse, accused of shooting three people during a protest against police brutality in Wisconsin last year, waits for the start of his motion hearing, Tuesday, Oct. 5, 2021, in Kenosha, Wisconsin.
((Mark Hertzberg/Pool Photo via AP))

Prosecutors are also asking the judge to block any evidence suggesting local police officers provided water to those who responded to calls on social media to take up arms to defend businesses the evening of the shooting and thanked them for showing up to help patrol the streets.

In a video taken before Rittenhouse fired his AR-15-style rifle, officers riding in an armored vehicle throw a water bottle to a teenager and other people out past the city’s 8 p.m. curfew.

“We appreciate you guys,” one officer is heard saying. “We really do.”

The defense, meanwhile, argued that such testimony is relevant to whether Rittenhouse was acting recklessly by being on the streets of Kenosha with a weapon that night.

“If the conduct was so obviously dangerous, it seems logical that law enforcement would have either removed the defendant from the situation via arrest, or informed him that he was to leave the area because of his actions,” Richards wrote in a motion. “They did neither.”

Rittenhouse’s attorneys are seeking testimony from use-of-force expert John Black to bolster their case that Rittenhouse acted in self-defense. Prosecutors have asked the judge to disqualify Black, arguing that his expertise is in police, not civilian, use of force and is not relevant to Rittenhouse’s actions.

Black previewed his testimony at a hearing in early October.

Monday’s hearing will include testimony from Robert Willis, a use-of-force expert whom Binger has said he will use if Black is allowed to testify. Prosecutors also want Schroeder to block any reference to Rosenbaum’s and Huber’s criminal records.