In the footage Alexei Navalny appears to be screaming in pain before he is escorted off a plane by medical staff. Mr Navalny is currently in a serious but stable condition in an intensive care unit.

“During the flight, he felt ill. The plane made an urgent landing in Omsk. Alexei has toxic poisoning.”

She added: “We suspect that Alexei was poisoned by something mixed into tea. It was the only thing he drank since morning.

“Doctors are saying that the toxic agent absorbed faster through the hot liquid. Right now Alexei is unconscious.” 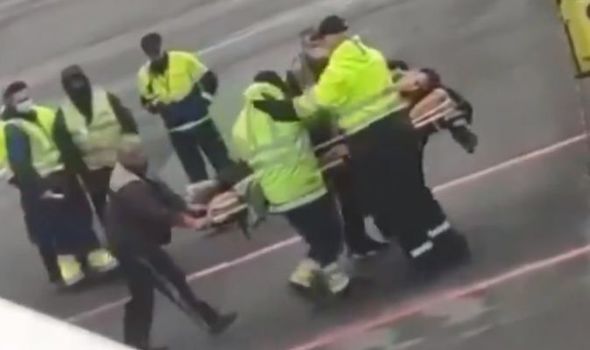 A passenger on the plane Pavel Lebedev said: “At the start of the flight he went to the toilet and didn’t come back. He started feeling really sick. They struggled to bring him round and he was screaming in pain.”

08/20/2020 World News Comments Off on Russia poisoning: Video emerges of Putin rival screaming in pain after horror plane attack
Recent Posts
We and our partners use cookies on this site to improve our service, perform analytics, personalize advertising, measure advertising performance, and remember website preferences.Ok