In the recording, a woman who is believed to be Zhanna Prokofieva, an adviser to Korolyov’s mayor, said to workers at an election seminar that ‘we are interested in a specific figure and a specific party – 42–45% according to the party list.’

Though she did not specify the party in question during the recording, the woman reportedly told workers on several occasions that Vladimir Putin’s ‘United Russia’ party should receive special ‘services’, such as information about hourly election turnouts.

The recording was made by an unnamed participant in a training session of election workers in the Moscow region city of Korolyov according to Novaya Gazeta.

It comes just weeks ahead of Russia’s parliamentary elections on September 17 – a vital event as the elected parliament will remain beyond 2024 when Vladimir Putin is supposed to leave office in the next presidential election. 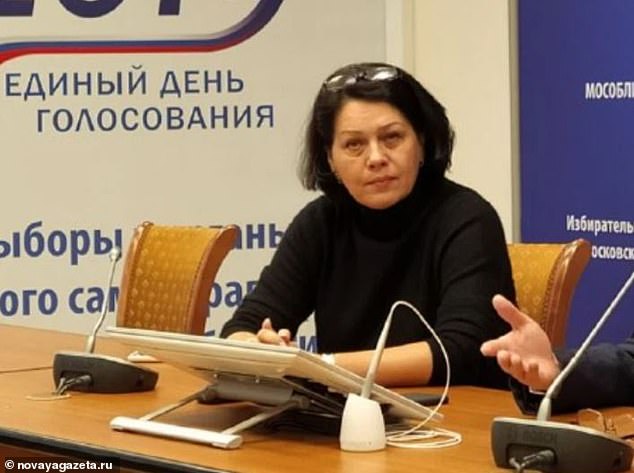 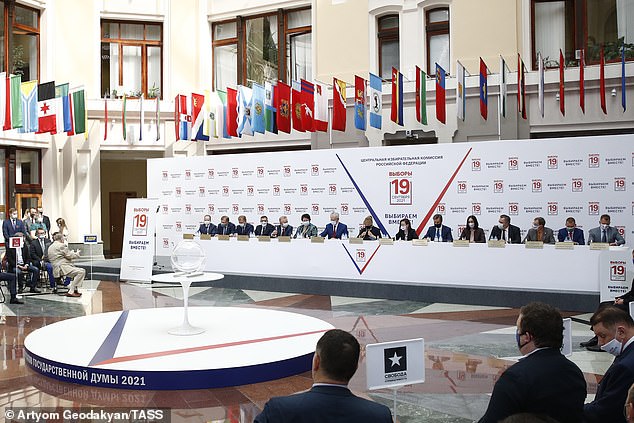 Novaya Gazeta said three different individuals who listened to the recording identified the woman as Prokofieva, who left her position as head of the CEC’s Korolyov office in 2016 after alleged corruption and a voting scandal in the parliamentary elections of the same year.

The woman in the recording explains how to prepare duplicate electoral lists in order to falsify votes and mislead observers and voters alike, as well as how to forge signatures.

Following the leak of the audio file, Russia’s Central Election Commission (CEC) announced on Friday that a ‘rapid response’ team had been dispatched to study the recording.

‘If the information is corroborated, then those involved will be inevitably punished with criminal liability, especially if it is is certified as a group conspiracy,’ they said.

Last month, the Organisation for Security and Cooperation in Europe said it would not send observers to verify the voting process because Russia had imposed unacceptable restrictions on numbers.

United Russia is struggling against historically low popularity ratings ahead of the election in its attempt to maintain a supermajority in Russia’s Parliament or ‘Duma’.

In 2018, Russia’s government proposed a considerable increase in the retirement age for Russian citizens (for men from 60 to 65 and for women from 55 to 63), which was approved by Putin in October 2018 despite mass protests.

Then in 2020, the government’s opposition leader and anti-corruption activist Alexey Navalny was poisoned and almost killed with nerve agent Novichok, before being after his return to Russia early this year following a month of recovery in a German hospital.

A series of Navalny’s associates have been barred from taking part in the September 19 elections, while Golos, the leading organisation of what is a small number of election monitoring groups in Russia, had its operations severely restricted when it was placed on a list of ‘foreign agents’ by Russian authorities.

Meanwhile, the CEC previously declared it would run live-streams of polling stations, but came under criticism after it announced access to the streams would only be available to its own workers and the candidates and political parties taking part in the elections, effectively preventing an outside independent organisation to verify the process.