Ivan Golunov, reporter for independent news website Meduza, has complained of being beaten in police custody. 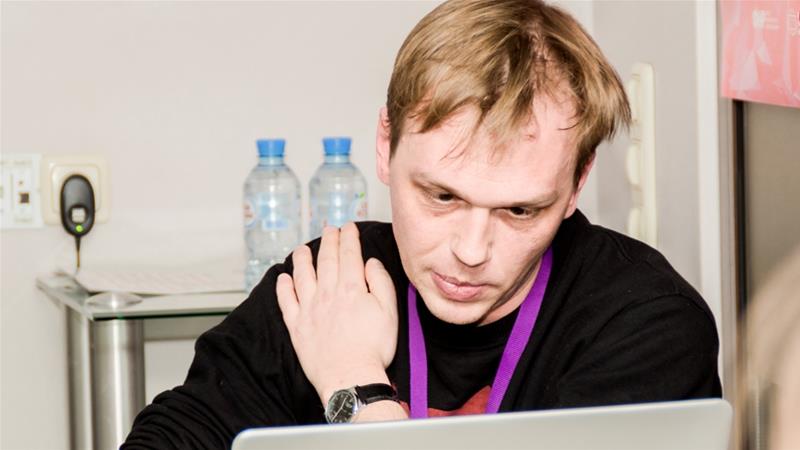 A Russian investigative journalist who was detained this week for alleged drug offences has been taken to court to face possible arrest, after being hospitalised with suspected head injuries.

Ivan Golunov was taken to court on Saturday from a Moscow hospital where doctors examined him and rejected lawyers’ claims that he had broken ribs and concussion, while saying he had scratches on his back and a bruised eye.

A ruling was expected on whether to extend his detention.

Golunov, 36, was on his way to a meeting with a source on Thursday when he was detained in central Moscow and illegal drugs were found in his rucksack, according to police and his employer, the online news portal Meduza.

The news website is based in European Union member nation of Latvia to avoid Russian censorship, but some journalists live in Russia.

A lawyer for Golunov, who is known for investigating alleged corruption among Moscow city officials, said he believed police had planted the drugs on his client to frame him and that he had been physically beaten.

Golunov was charged with attempted dealing in designer drug mephedrone and cocaine.

Rights groups Amnesty International said there was evidence that the authorities were fabricating drugs charges to shut up their critics.

“Everything indicates that the authorities are planting drugs on their targets to shut them up with a jail sentence,” said Natalia Zvyagina, director of Amnesty International’s branch in Russia.

After his detention on Thursday, Golunov told a representative of Russia’s presidential rights council, which advises Vladimir Putin, that police had punched him and stood on his chest.

His lawyer Pavel Chikov said paramedics suspected he had broken ribs and concussion. 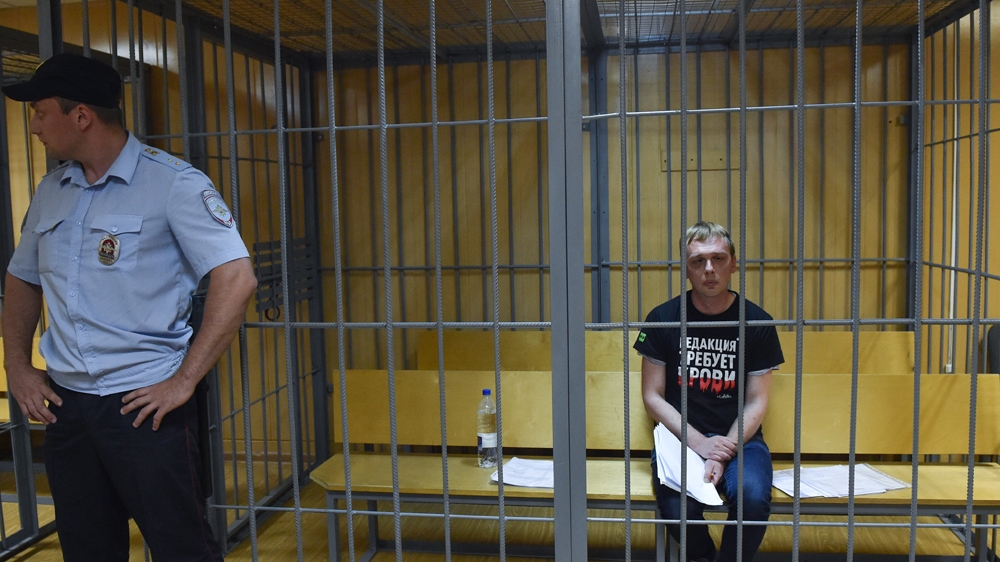 A paramedic who examined him told Interfax news agency that he had numerous grazes to his chest, injuries to his ribs and a suspected head injury while police have denied he was beaten.

Golunov’s detention has prompted widespread outrage, with supporters and journalists holding protests outside the police headquarters and the court.

Meduza posted photographs of people holding placards in support of Golunov in cities in Russia and abroad.

The US embassy in Moscow wrote on Twitter: “We call for the release of Ivan Golunov,” saying he “should not suffer persecution over his professional activities”, while the British Embassy called his case “concerning”.

Around 20 supporters protested outside the Russian embassy in Berlin with slogans such as “Free Golunov”.

Reporters Without Borders warned his arrest could mark “a significant escalation in the persecution” of independent journalists in Russia.