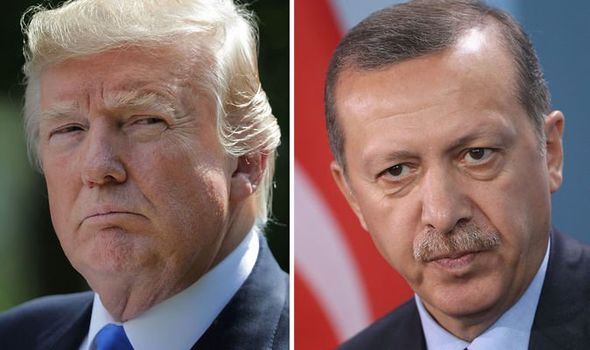 The missiles are currently being flown to Turkey and are expected to arrive imminently. The purchase has created huge tension between Washington and Ankara, with the US fierce critics of the transaction. According to Ahval, officials have warned Turkey that should the deal go through it would be expelled from the programme to produce F-35 fighter jets.

Despite the row, Turkish president Recep Tayyip Erdogan said: “The preparations for the journey, the loading of the S-400 is continuing.

Earlier, the US reaffirmed its position.

Along with the prospect of losing out on the fighter jets, Turkey was warned it could also be hit by sanctions under the Countering America’s Adversaries Through Sanctions Act (CAATSA). 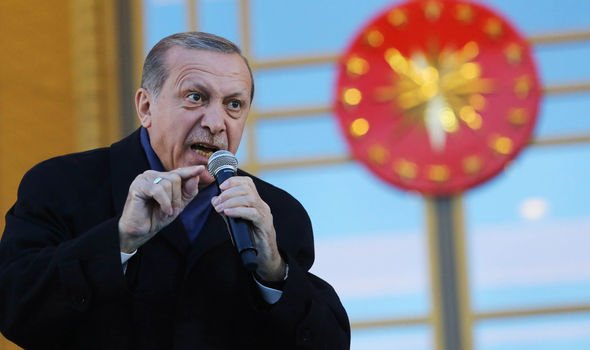 US State Department Spox Morgan Ortagus said: “The Turkish authorities know the legislation that has been passed in Congress as it relates to CAATSA.

“We have said that Turkey will face real and negative consequences if they accept the S-400, including participation in the F-35 programme.”

The issue has been ongoing for months with both Erdogan and US President Donald Trump sparring over what could happen.

Washington sees the S-400 missiles as incompatible with NATO systems and claims it leaves their F-35 fighter jets – which it currently supplies to Turkey – open to Russian subterfuge. 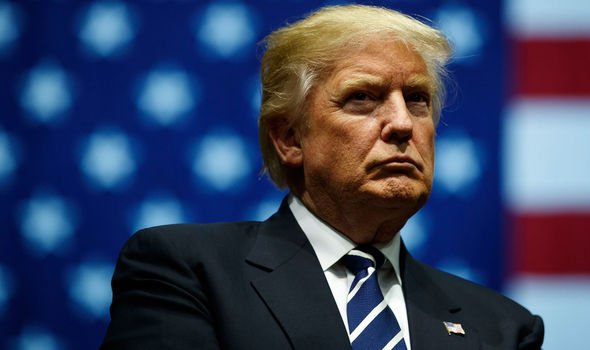 On a geopolitical level, the White House does not want to see any deepening of ties between Ankara and Moscow due to Turkey’s strategic status in the region.

As such, the US threatened to halt the F-35 programme – in which Turkey buy the jets and Washington trains Turkish pilots – and formally place sanctions on firms in the country.

He said: “President Trump assured me that there would be no sanctions over Russia S-400 missile deal.”