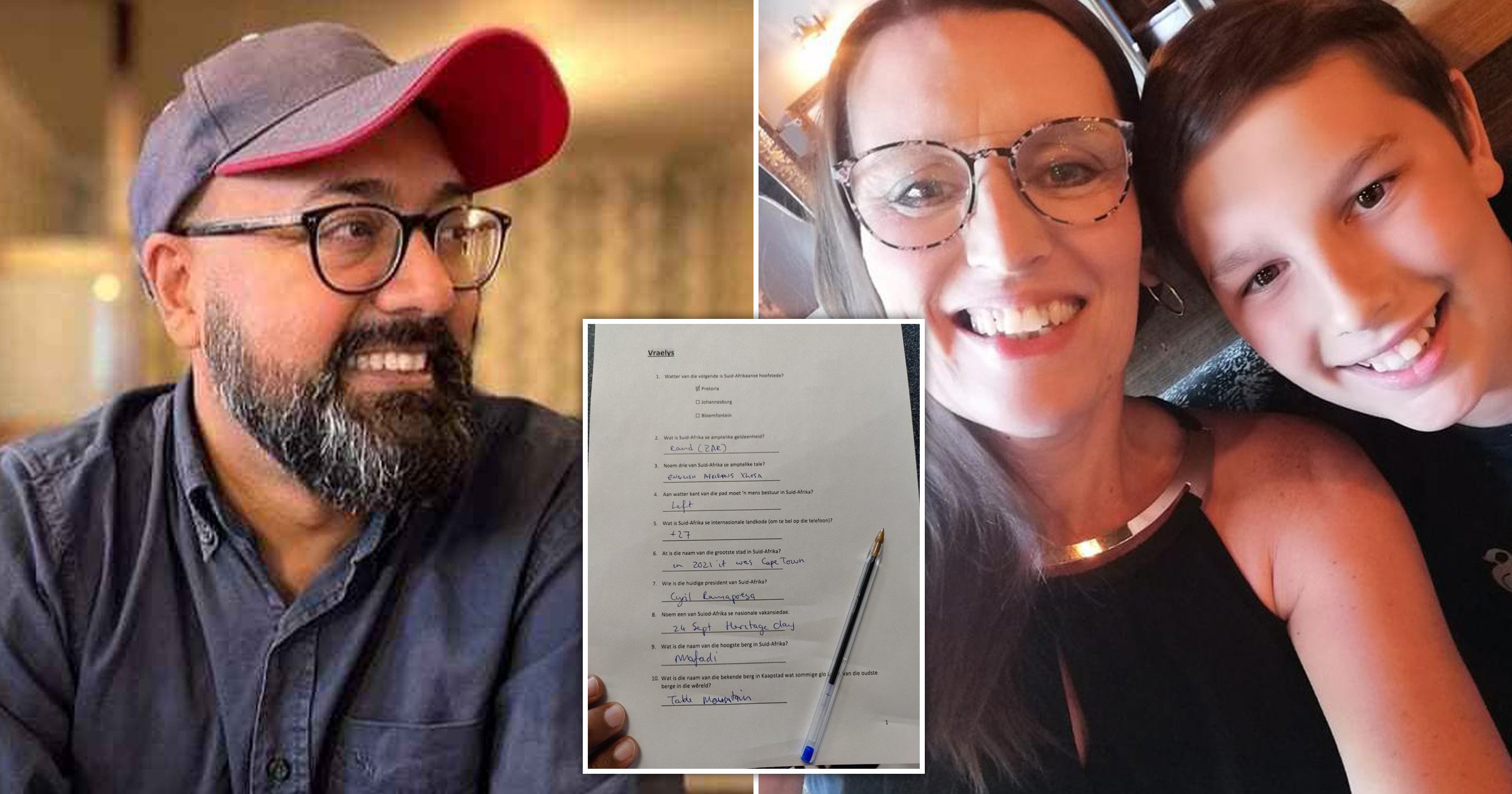 South Africans have said being forced to take tests in Afrikaans to verify their passports is ‘discrimination’.

Multiple South Africans have recently had to answer general knowledge questions in Afrikaans to enter the UK or Ireland, despite this not being a rule officially enforced by either country.

It comes after government officials were arrested for allegedly running an illegal operation to sell fake passports for £258 (R5,000).

Afrikaans is just one of the country’s 11 official languages and is spoken daily by about 14% of the population.

His flight from Gatwick to Lanzarote, in the Canary Islands, on May 18 went smoothly but he ran into problems when he tried to return home in north west London on May 22.

He said he was told ‘this is your language’ when he asked for a form in English. 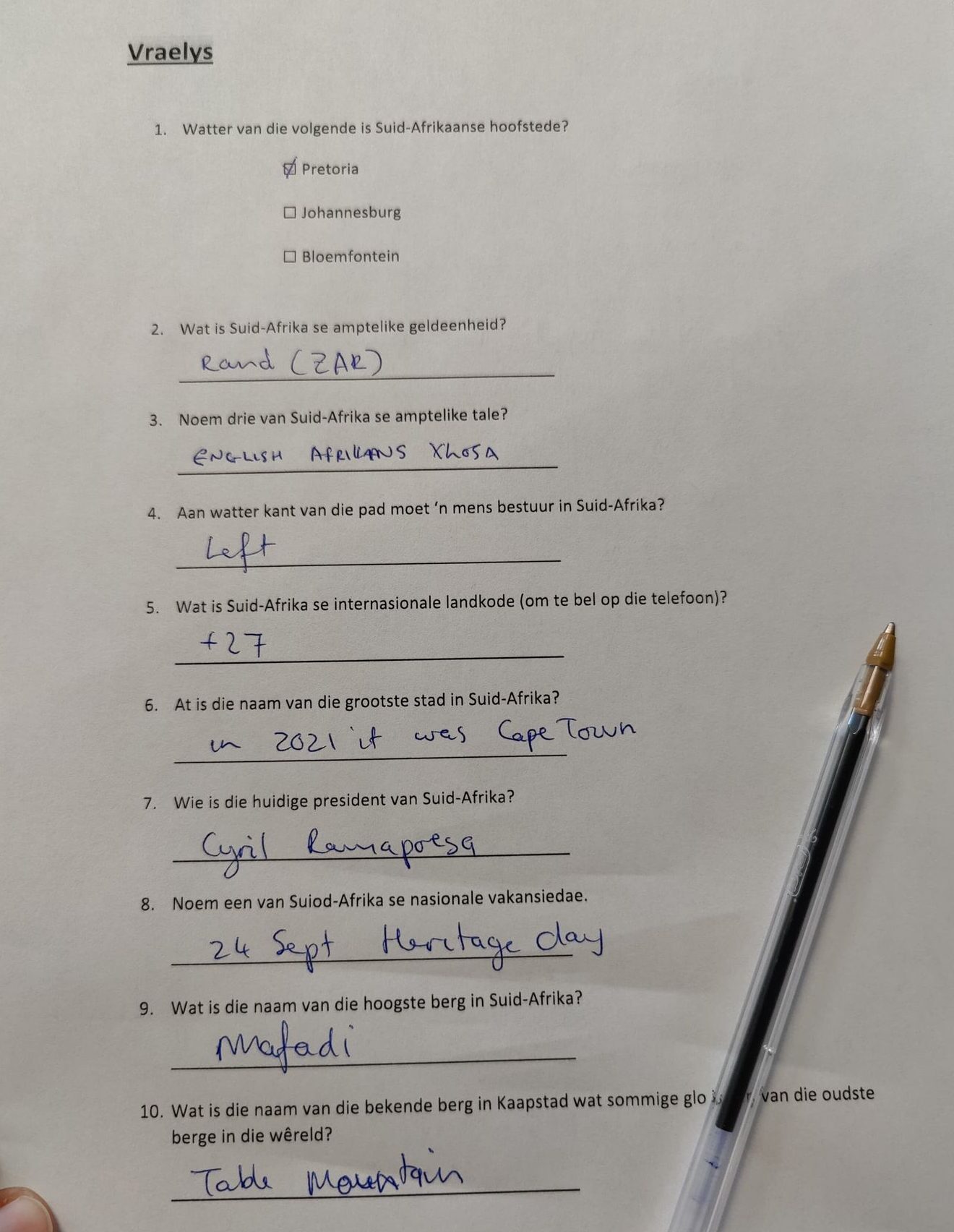 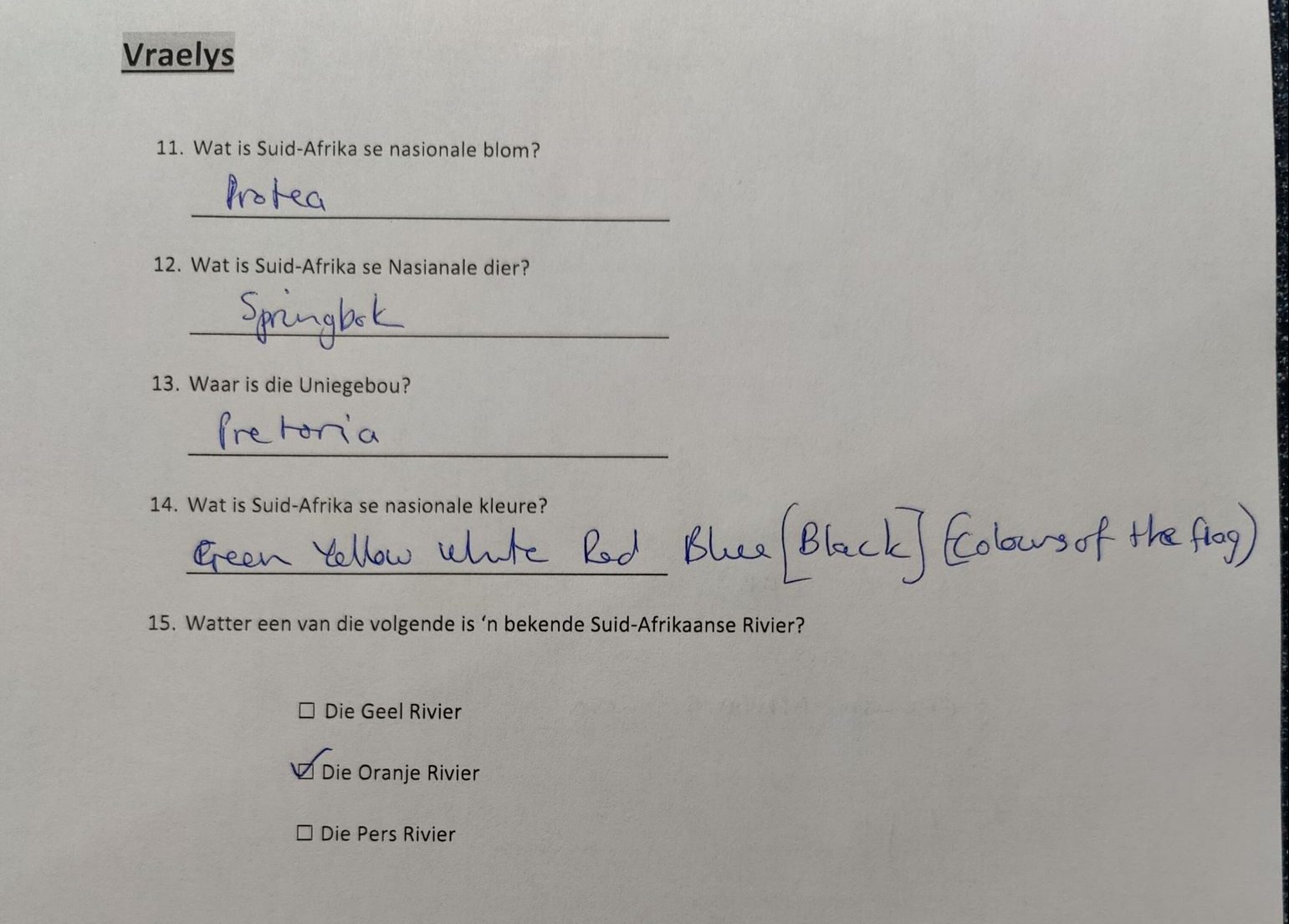 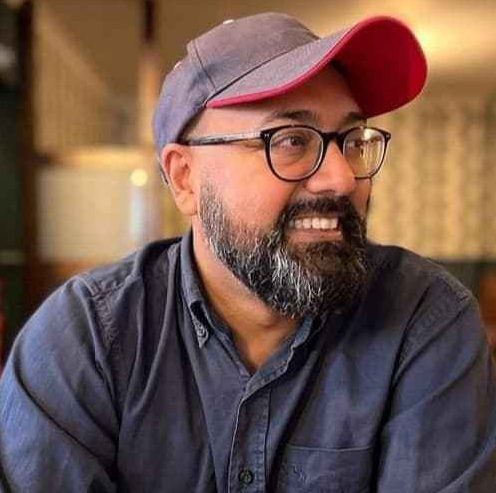 Dinesh ended up using Google Translate to complete the test and he managed to make his flight but said it was ‘an awful experience’.

Some were not as lucky, including Catherine Bronze, 49, and her 11-year-old son Kolby who were not allowed to to get onto their flight to go back to their home in Essex.

When Catherine got to the Ryanair check-in desk at West Knock Airport in Ireland on May 22, she was handed the same Afrikaans test.

She explained she did not speak Afrikaans, but was reportedly told to ‘try her best’.

When the English-speaking mum got some of the questions wrong, she and Kolby were denied boarding passes. 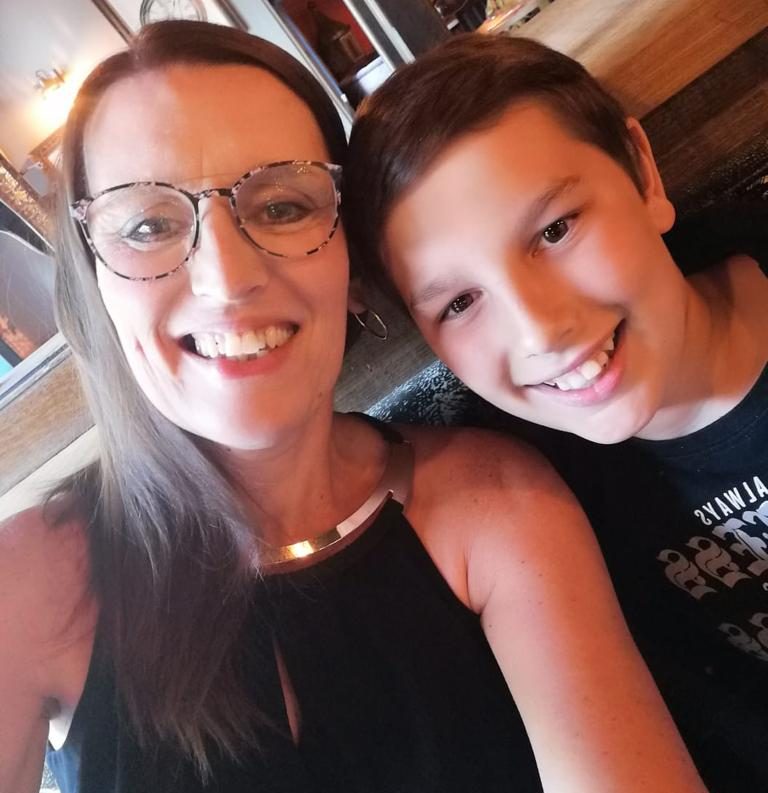 They were only able to get home without doing a test after Catherine’s husband, who has a British passport, came to fetch his family and travelled with them from Dublin Airport two days later.

Catherine, who is a ‘nervous traveller at the best of times’, said: ‘It was the first time I felt like I was being discriminated against for something out of my control – because it was immediately assumed that my passport was wrong.

‘I know it sounds ridiculous but it actually felt traumatic, everyone was looking at me and I cried a lot.’

Similarly, Petronia Reddy, 36, was told she could not fly from Stansted Airport to Dublin to spend the bank holiday weekend with her friend – because she got some ‘basic questions wrong’ in the test.

Petronia also told Ryanair staff she does not speak Afrikaans but claims she was told: ‘The test is only available in Afrikaans and if you can’t provide the answers, it proves you’re not South African.’

She tried her best but could not understand all the questions and was barred from boarding the plane on Wednesday.

Petronia stood her ground and eventually convinced a supervisor to let her onto the next scheduled flight, as she had missed her original flight by this point. 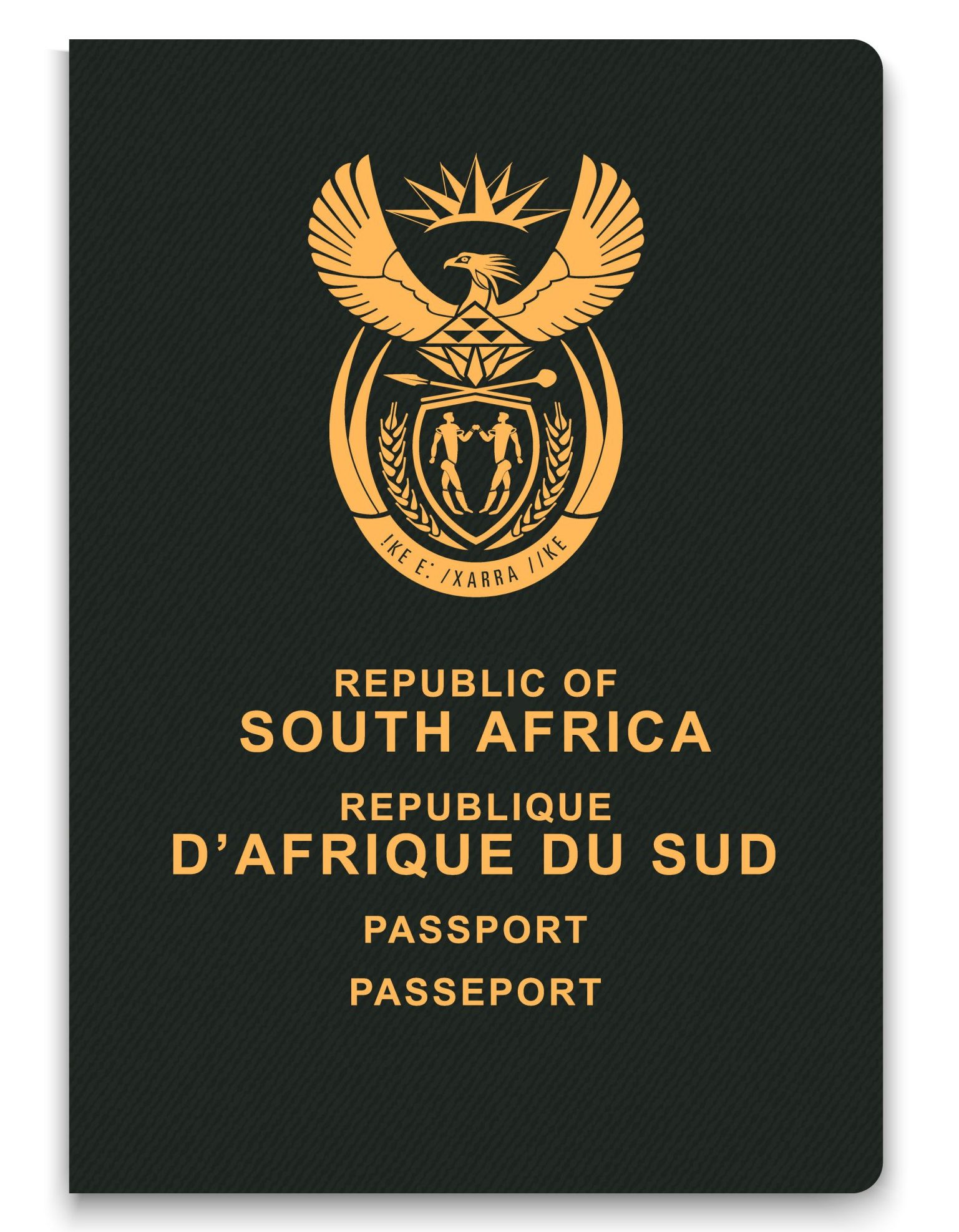 But Patronia stressed the issue is not just about the inconvenience, but the ‘trauma Afrikaans brings up for a lot of South Africans’ for its role in the country’s racist apartheid history.

One of the biggest anti-apartheid catalysts was the Soweto Uprising on June 16 in 1974 – when young people protested against, among other things, a new rule forcing students of colour to take classes and exams in Afrikaans.

Patronia said: ‘I was getting really emotional because of our history. As a brown person, these things happen more often than they should.’

Patronia’s Xhosa-speaking friend, who does not want to be named, said she was ‘horrified and shaken as a black woman from South Africa’ when she was forced to do Ryanair’s Afrikaans test.

Ireland’s department of foreign affairs said: ‘South African citizens are not required to do a test in Afrikaans before boarding a flight to or from Ireland.’

Ryanair said in a statement: ‘Due to the high prevalence of fraudulent South African passports, we require passengers travelling to the UK to fill out a simple questionnaire issued in Afrikaans.

‘If they are unable to complete this questionnaire, they will be refused travel and issued with a full refund.’

The airline has not responded to any other questions.