The Mayor of London today threatened to turn his longrunning online feud with the US President into a full-blown diplomatic row when he called Donald Trump a ‘poster boy for racists’.

Mr Trump had dubbed Sadiq Khan a ‘disaster’ on Twitter over the weekend and called him a ‘national disgrace who is destroying the city of London’.

Tory leadership hopeful, Foreign Secretary Jeremy Hunt Raab said he agreed with the President ‘150 per cent’ while saying he would have used ‘different words’.

The President’s comments accompanied a retweet of a post by Katie Hopkins which called the capital ‘Stab-City’ and ‘Khan’s Londonistan’ alongside two screenshots of BBC News articles detailing recent outbreaks of violent crime.

Speaking in central London today Said Khan said Mr Trump should explain his tweets saying it was ‘remarkable’ that the President had been ‘amplifying a racist tweet’. 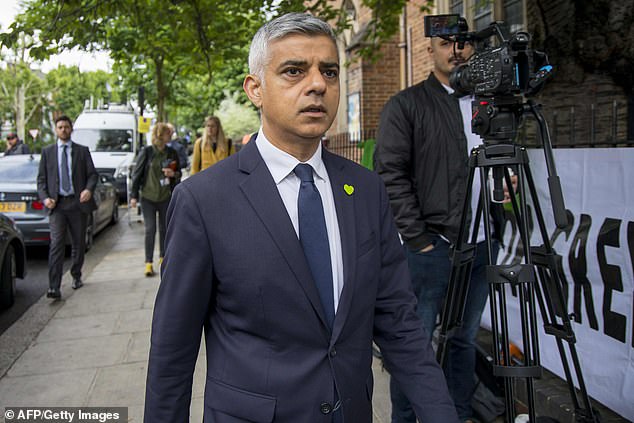 ‘He’s now a poster boy for the far-right movement and that should cause us huge concern.’

‘I’m quite clear, there are many cities across this country facing a huge issue of the increase in violent crime, they’ve been doing so since 2014.

‘There are many good leaders in America facing massive increases in violent crime, they have my support to make sure we learn lessons from each other and that we work together to grapple the issue of violent crime taking place in many cities across the Western world.’ 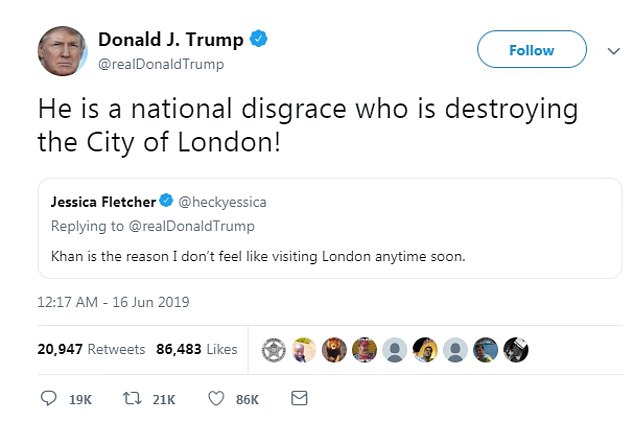 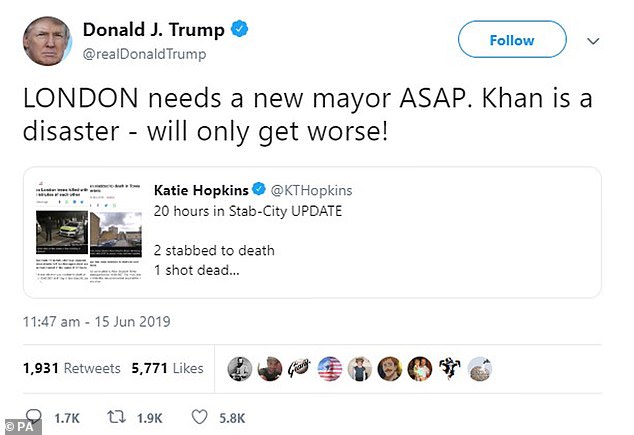 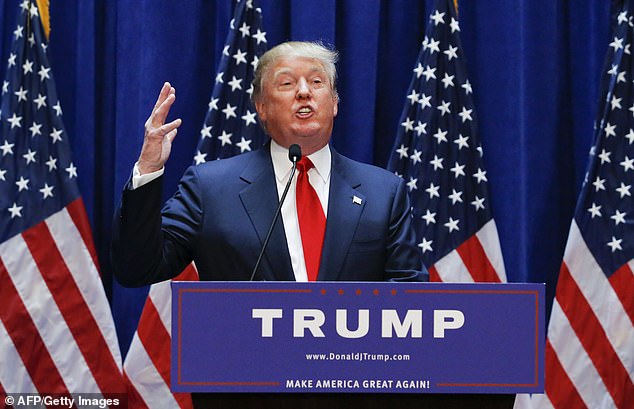 Foreign Secretary Mr Hunt intervened in the row during a Tory leadership hustings in Westminster, saying that the US president ‘has his own style’ and he ‘would not use those words myself’.

‘But the sentiment is enormous disappointment that we have a Mayor of London who has completely failed to tackle knife crime and has spent more time on politics than the actual business of making Londoners safer and in that I 150% agree with the president.’

The capital’s murder toll for 2019 hit 60 today after a man in his 40s was stabbed to death this morning.

He was the fourth person to be killed in London this weekend alone, after one teenager was shot dead and another was stabbed to death on Saturday, following the fatal knifing of another man in Tower Hamlets on Friday.

This morning’s victim was attacked in Stratford, east London, just one day after a mob of 100 youths pelted police with bottles as they investigated a robbery at the nearby Westfield shopping centre.

After Mr Hunt’s comments, fellow Tory leadership rival Home Secretary Sajid Javid said it was ‘unbecoming’ for a president to intervene in an ally’s domestic politics.

He said: ‘I think President Trump should stick to domestic policies and I think it is unbecoming of a leader of such a great state to keep trying to interfere in other countries’ domestic policies.’

London’s violent crime rate rate remains minuscule when compared with even the safer cities of the USA. 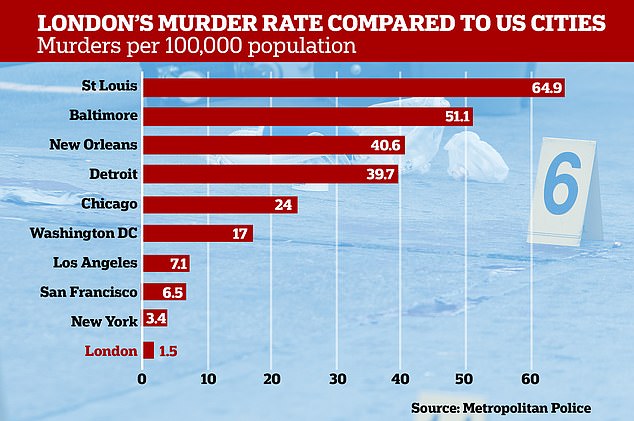 There were 132 murders in London last year, leaving the capital with a homicide rate of 1.5 per 100,000 residents.

The murder rate in St Louis is 64.9 per 100,000 residents, according to the Major Cities Chiefs Association Violent Crimes Survey, which is 43 times higher than London.

In Washington DC,  home to Congress and the White House, the murder rate is 11 times higher than London.