JERUSALEM (Reuters) – Talk of Middle East peace is in the air again, as politicians are set to gather in Bahrain to launch the latest in a long line of initiatives to resolve the Israeli-Palestinian conflict. 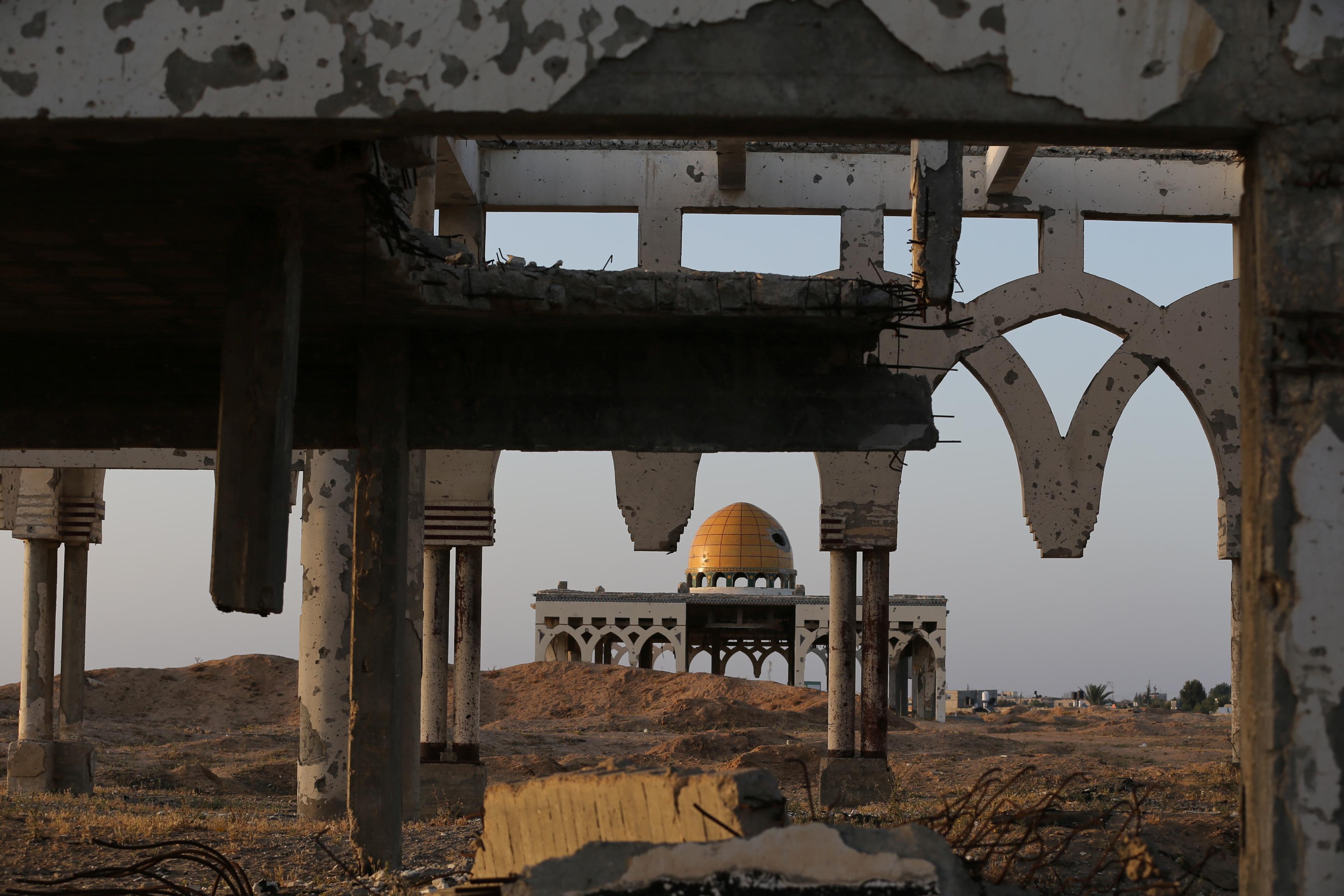 Thousands of words and millions of dollars will likely be expended at the U.S.-led conference on June 25-26 aimed at boosting the Palestinian economy, as the first phase of President Donald Trump’s long-delayed peace plan gets under way.

Bearing witness to the difficulty of the task are the scars left by wars past reut.rs/2IWASXt across the landscape of Israel, the Palestinian Territories and the Golan Heights.

Ancient ruins and medieval castles bear witness to the fact that conflict between the peoples of the Levant is nothing new.

Since the end of British Mandate rule and the creation of the modern state of Israel in 1948, invasions, wars, armistices, treaties, uprisings, barriers, checkpoints and civil wars have shifted the boundaries of who can travel – and live – where.

Yet on the ground there remain fragments of who came and went before.

In the far north, on the western edge of the Israeli-occupied Golan Heights, a decades-old rusting Syrian tank can still be seen lying upside down in a whitewater stream.

It lies in what used to be a demilitarized zone that separated the Syrian and Israeli armies from 1949 until the Six Day War of 1967, when Israel captured most of the mountainous plateau from Syria, occupying and later annexing it.

Today, Israeli tourists carve graffiti into the metal of the tank while dangling their feet in the foaming water below.

“It’s surrealistic,” said Daniel Alonim, 54, as his friends played Scrabble atop the hulk. “Like it fell from space.”

It did fall, but not from space.

Amiram Efrati, from nearby Kibbutz Dan, fought in a June 1967 battle against half a dozen Syrian tanks that had advanced on Israeli positions from the then Syrian-held Golan. One of the tanks opened fire in a dry wheat field, he recalls.

“The fire caught up to the tank tracks and metal chains and they started to retreat,” said Efrati, now 82. “One of the tanks went too close to the edge, it was too heavy for that kind of terrain and it fell down. It’s still there.”

Fifty-two years later he has little confidence that peace efforts will succeed. “I don’t believe it, not in the Middle East.”

Across the Golan are other reminders of the 1967 and 1973 wars between Israel and Syria: minefields, foxholes and abandoned armor. One former Syrian building bears Arabic graffiti reading “The Syrian army passed by here”.

It is not the only army to have passed through.

The British army arrived in 1917 and left in 1948, when British rule ended. As they departed, neighboring Arab countries invaded, and Jordanian forces captured the West Bank and East Jerusalem.

An armistice a year later created the “Green Line” that separated Israeli-controlled West Jerusalem from the Jordanian-held east of the city for nearly two decades from 1949 until the 1967 war, when Israel captured East Jerusalem.

There is now almost no visible sign of the “Green Line” in the middle of the city.

But on Jerusalem’s Ammunition Hill, a memorial preserves the old Jordanian trenches and fortifications, on a site originally built by the British.

Other relics of the British era survive. In the West Bank, a British jail and military buildings still stand in Al-Jiftlik, near Jericho. Long abandoned, sheep now wander through the empty buildings. The Israeli military sometimes uses it for training, Palestinian residents say.

Also Gaza, a tiny Palestinian enclave on the Mediterranean coast, is filled with relics of the recent and distant past.

In Gaza War Cemetery lie 3,217 Commonwealth burials from World War One, and more than 200 from the World War Two.

In the post-war era Gaza remained a frequent flashpoint – until the Oslo peace process of the 1990s brought hopes of peace between Israel and the Palestinians.

Huge amounts of money were spent creating the institutions of the Palestinian Authority under its first president, Yasser Arafat, who used Gaza’s airport to fly abroad on official visits.

But the optimism of the Oslo era receded, giving way to mutual recriminations and renewed violence. 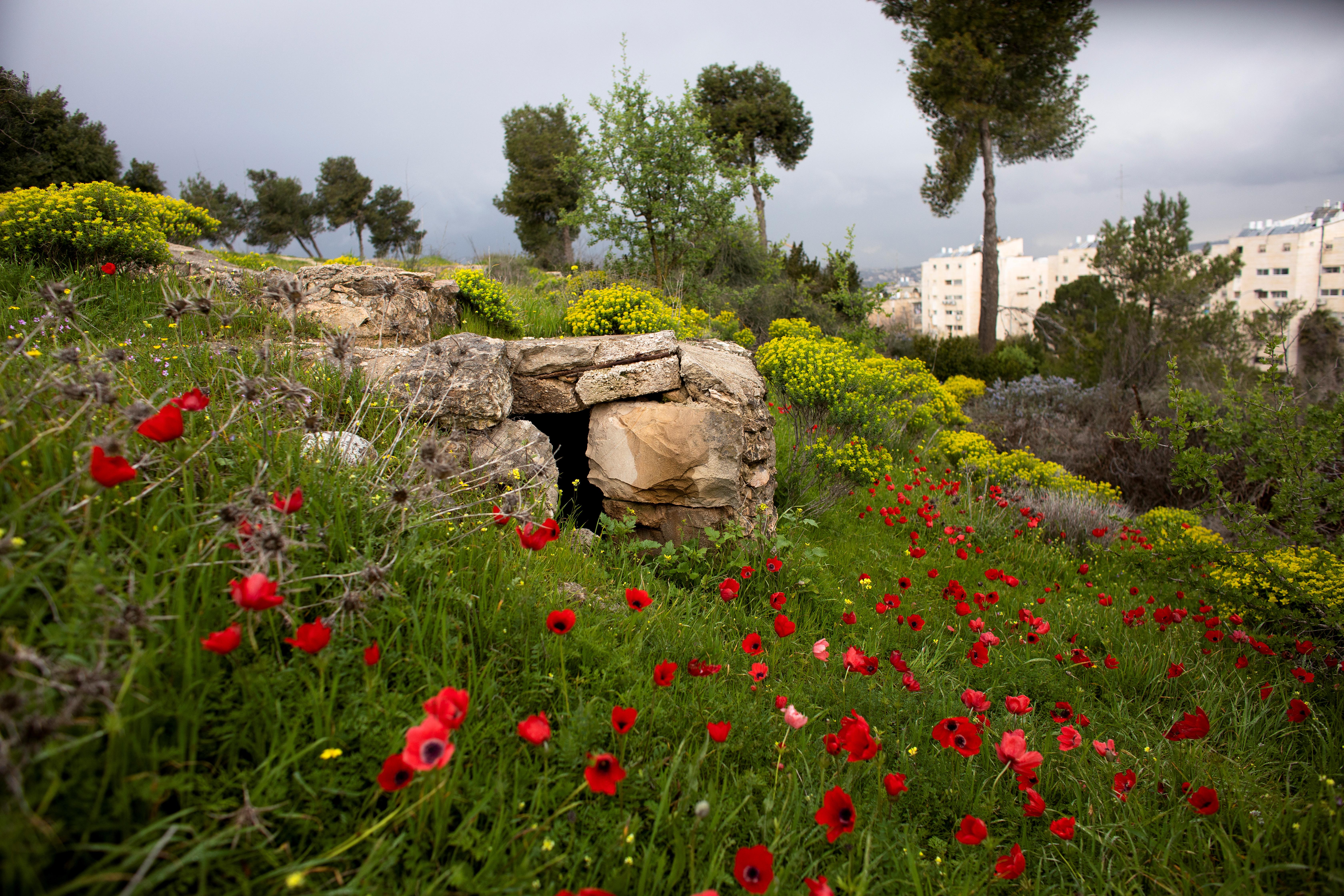 The airport was an early casualty: Israel destroyed its runway a few months after the Sept. 11, 2001, attacks on the United States, deeming it a security threat during a Palestinian uprising in Gaza and the West Bank.

Arafat’s helicopter – the presidential transport of a long-dead president – is now a rotorless relic on public display in Gaza City. And the skeletons of the airport buildings lie gutted and abandoned next to Gaza’s southern border with Egypt.