NORTH BERWICK, Scotland — The wind blew hard one fall night here in 1589. So much so that King James VI concluded that witches must have gathered in this fishing town to conjure up the storm that delayed the arrival of his new bride, the sister of the Danish king.

Much of Europe had succumbed to a mania about witchcraft, just over a hundred years before a similar frenzy swept over the town of Salem, Mass.

King James, later King James I of England and Ireland, personally interrogated many of those who were rounded up and charged with summoning the storm during a late-night mass with the devil at the town’s Auld Kirk. He later wrote a bestselling guide on how to spot a witch. William Shakespeare used some of the details from the trials in “Macbeth.”

Many of the 19 people executed in Salem were cleared in the years following the witch trials there, with another group exonerated 20 years ago. 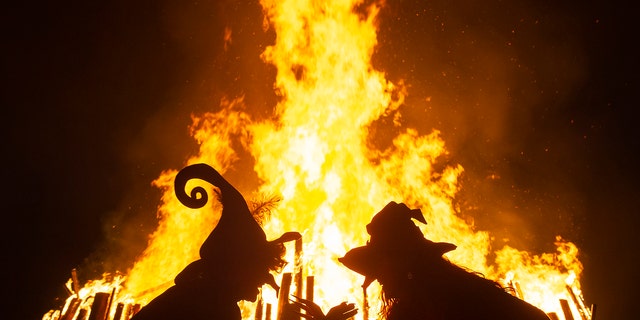 Women dressed as witches dance in front of the fire during the Walpurgis night in Erfurt, Germany, Tuesday, April 30, 2019. (Associated Press)

But it is only now that legislation is moving through Scotland’s parliament to pardon thousands of women who were snared in Scotland’s great purge, including some who were tortured to death in the North Berwick witch trials.

In all, until the Witchcraft Act was repealed in 1735, some 3,837 people were accused of the crime — the overwhelming majority of them women — with some two-thirds executed, more per head of population than anywhere else in Europe.

For the campaigners working to clear their names, it is an important reckoning with Scotland’s past as it considers its future within the U.K.

“It’s not dissimilar to how Scotland needs to face up to its role in the trans-Atlantic slave trade,” says Claire Mitchell, a lawyer, who with Zoe Venditozzi, a schoolteacher and author, has been pushing for a blanket pardon since launching their #MeToo-inspired “Witches of Scotland” podcast.

“It’s not dissimilar to how Scotland needs to face up to its role in the trans-Atlantic slave trade.”

More than a third of the land in the West Highlands and Islands was combined into vast estates through money derived from the slave trade, history professors Iain MacKinnon and Andrew Mackillop found in a recent study. The issue has gained growing attention in recent years, with the University of Glasgow, which benefited from the trade, leading the way in offering reparations through donations to research projects at the University of the West Indies.

The push for a pardon for women killed in the witch trials has also been politicized in some quarters. In supporting the bid, some critics say the party of Scotland’s pro-independence leader Nicola Sturgeon is making it part of a broader appraisal of Scotland’s past, and potentially, its future.

Its significance has been noticed elsewhere, however.

Leo Igwe, a professor at the University of Cape Town, who for years worked to defend women and children from accusations of witchcraft in his home country, Nigeria, says it could provide fresh impetus to abolish the crime of witchcraft in a host of countries.

He and the Scottish campaigners draw parallels between the witch hunts in modern-day Africa and 16th-century Scotland, from the upheavals of urbanization to the religious fervor underpinning them. In Edinburgh and other Scottish cities, the purges became part of a broader power struggle between the Catholic Church and Protestant reformers inspired by Martin Luther and John Calvin, with innocent women targeted as a way of demonstrating the holiness of their cause.

“There was an absolute fever about who was closest to God,” says Ms. Venditozzi.

Similarly, Mr. Igwe has butted up against evangelical pastors in Nigeria who he says have drummed up allegations of witchcraft to swell their numbers, sometimes storming his meetings warning of the purges or launching legal action to silence him.

“There are many different groups competing for legitimacy and relevance and they do this by identifying people as witches,” he says.

“There are many different groups competing for legitimacy and relevance and they do this by identifying people as witches.”

Despite the United Nations last year passing a resolution calling for an end to witch trials, they are continuing in some parts of the world, from Nigeria and Tanzania, to India and Papua New Guinea. Malawi’s Law Commission last week recommended that witchcraft be added to the country’s penal code, unnerving human rights campaigners. “Failure to do so is failure to recognize what is happening in society,” it said.

In Scotland, it took decades for the witch hunts to end. 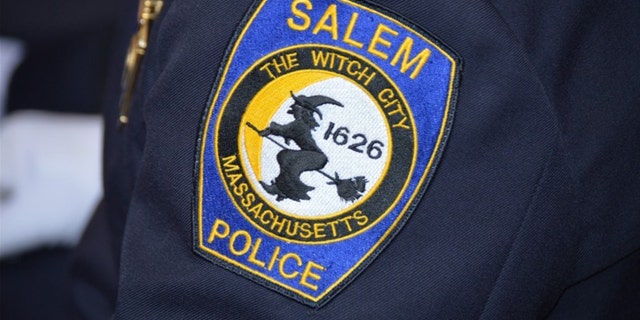 Salem, Massachusetts, has long been known for the witch trials of the late 17th century.
(Salem Police Department)

In some instances, people accused their neighbors of the crime to settle scores. Much of the Scottish aristocracy threw their weight behind the purges, hoping they would speed the decline of the Catholic Church and allow them to pick from its landholdings, say academics who studied the phenomenon.

Others, including King James, believed in witches and developed what they thought were scientific methods to detect them, such as pricking them with long needles to see how much they bled. If there wasn’t enough blood, it was held as a sure sign that the accused was a witch.

Usually they got the answers they wanted, as was the case with the North Berwick hearings, the first big show trial of the era.

The investigation began with Geillis Duncan, a young woman who worked as a maid in the home of David Seton, an ally of the king.

After getting wind that she had been secretly leaving the property at night, Seton began interrogating her. Weeks later, Duncan broke and admitted to summoning the storms that had delayed the king’s ship from Denmark and being part of a plot to kill him.

She named several accomplices who had supposedly gathered near the harbor at North Berwick to take part in a satanic rite, including Agnes Sampson and a doctor, John Fian. They were arrested and tortured, their fingernails shattered and drawn in shards. Sampson’s hair was shaved from her head and she was strapped into an iron cage hung on the wall of her cell at the Old Tolbooth in the capital, Edinburgh.

King James himself took part in the questioning. Accounts at the time claimed that Sampson had accurately recounted a private conversation the king had with his bride on their wedding night — proof, they said, that she really was a witch.

Agnes Sampson was then strangled and burned near Edinburgh Castle, along with many others, so there was nothing left to bury. Fian was burned alive at the stake.

A series of other purges swept through the country during the next 150 years before the mania began to subside.

One of the last to suffer was Lilias Adie from Torryburn, who was arrested in 1704 and put on trial after a spate of unexplained illnesses near her home. Around 60 years old at the time, Adie was interrogated for a month, deprived of sleep, before ultimately confessing to sleeping with the devil.

She was never convicted, dying in custody after hanging herself, it was said, before she could be condemned or give up the names of any other women.

Lilias Adie was buried on a beach beneath a thick sandstone slab, the tide washing over, in and out, twice a day—a limbo across which it was believed no spirit could pass.