Rescue workers are searching the sea and land for a British jet skier who went missing off the coast of Tenerife three days ago.

Search teams in Tenerife are desperately looking for the 23-year-old man who disappeared from his jet ski off the coast of a beach in the south of the island.

The search has been ongoing for the last three days since he vanished at around 11.30am on Saturday morning.

It has only been confirmed by Spanish authorities today that the missing man is British. 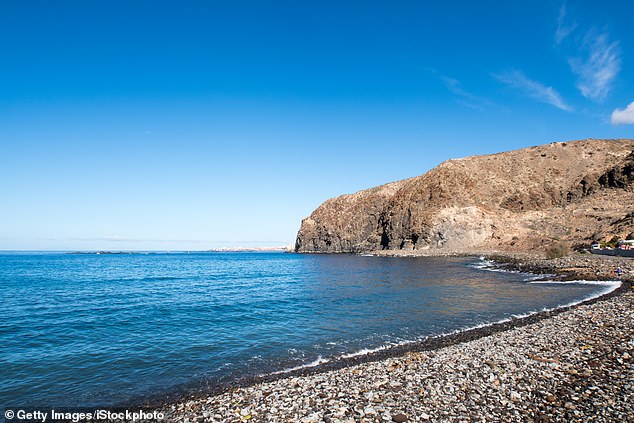 The Atlantic Ocean seen from Palm Mar beach in Tenerife, Spain (file image). A Britsh man has been missisng for three days after taking a jet ski from a nearby beach

Divers are still searching the coastal areas of Palm Mar which is just a few miles from the well-known resort of Los Cristianos.

They have been joined by rescue boats and helicopters. Emergency services have also enlisted the help of professional diving volunteers to back up the underwater search.

The missing Brit was wearing red shorts and it is thought he may have jumped into the sea off his jet ski to take a dip in the water.

The alert was raised when he failed to reappear. The jet ski was later found abandoned.

The British Consulate said officials are helping and providing support to his family and friends while the search continues.

Rescue attempts began immediately after the alert but has been called off each night since after no trace was found.

Police are also combing the beaches and rocky areas of the coastline.