Shamed ex-Labour councillor, 75, who stalked prostitute then TORCHED her massage parlour in jealous rage over her seeing other clients is spared jail

A shamed ex-Labour councillor who waged a terrifying stalking campaign against a sex worker then torched her massage parlour in a jealous rage over her seeing other clients has been spared jail.

Keith Moore, 75, served on Goole and East Riding Councils and was an NHS bigwig on the board of North Lincolnshire and Goole NHS Foundation Trust.

Moore began stalking the woman after he became jealous and possessive about her seeing other clients. He had been a client who regularly visited her at home when the massage parlour was closed because of Covid.

His campaign of terror included following the woman, sending her threatening messages and pouring bottles which staff believed contained diesel or oil into the doorway of the Discretion massage parlour in Hull, East Yorkshire.

After he threw the bottles into the doorway of the massage parlour he yelled down the phone: ‘Did you like the parcel I left in your doorway?’

Moore also wrote his victim a letter before leaving the diesel and oil in the doorway which warned: ‘You will get the booking from hell.’

Later, he poured what was reportedly petrol outside the door of the massage parlour before setting it alight.

The 75-year-old escaped after setting the inferno which scorched and damaged the door. Fortunately, the business was closed and no one was inside. 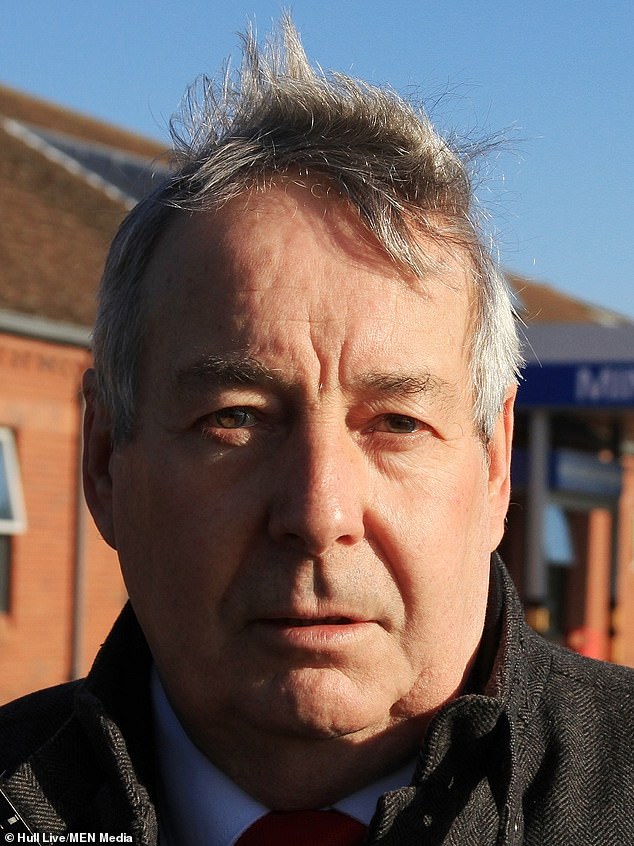 Prosecuting, Dale Brook told Hull Crown Court that Moore ‘wanted to know where the woman was all the time’ and assumed she was seeing other clients.

The 75-year-old used public phone boxes and disguised his voice when he rang the sex worker on her mobile so she did not know who was threatening her.

Moore’s calls and the repeated incidents left the woman and her colleagues terrified and Mr Brook said she was ‘deeply and profoundly affected’ by what had happened.

The woman had suffered panic attacks and insomnia after the stalking campaign against her and has been left unable to work.

Police were able to trace some of the threatening calls to two phone boxes and Moore was arrested on October 24.

But he had denied being obsessed with the sex worker and said he was not involved, according to Hull Live. 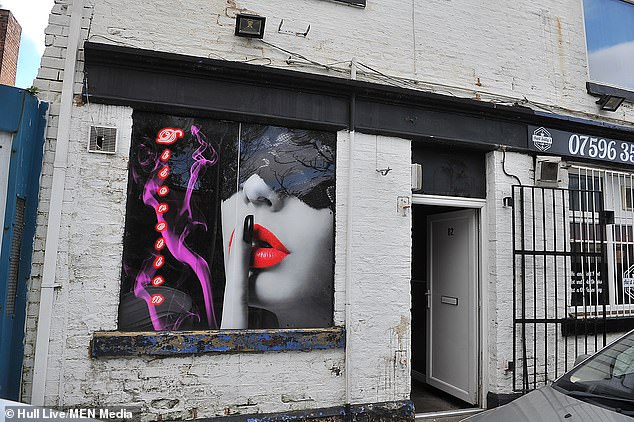 Moore’s campaign of terror included following the woman, sending her threatening messages and pouring bottles which staff believed contained diesel or oil into the doorway of the Discretion massage parlour (pictured) in Hull, East Yorkshire

The woman was left feeling ‘utterly betrayed’ when she realised who it was that had been waging a stalking campaign against her.

Mitigating, Richard Thompson said Moore had no previous convictions and was a family man who had worked as a volunteer for the community.

He referred to his actions as ‘inexplicable’ and out of character.

Mr Thompson said: ‘He can’t bring himself to see what might seem obvious that he had become obsessed with this woman and he did not want to see her working in that capacity, even though that was the only reason why they met.’

According to Mr Thompson, Moore had believed he ‘got on well’ with the escort and that their relationship was more than what it was. But for the woman it was just an arrangement. 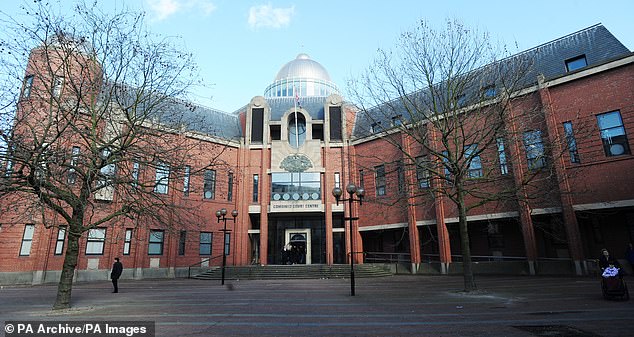 Prosecuting, Dale Brook told Hull Crown Court (pictured) that Moore ‘wanted to know where the woman was all the time’ and assumed she was seeing other clients

Mr Thompson added that Moore was a ‘committed family man’ and understood that his behaviour could have destroyed his marriage. Moore had referred to his actions as ‘foolish.’

Judge Sophie McKone told Moore: ‘You became jealous that the complainant that you paid for sexual services had other clients.

‘You became obsessed with her and your jealousy and obsession was such that you began a campaign against her and her business to stop her doing her job.

‘The fact that it was an anonymous campaign makes it more sinister because the complainant did not know where it was coming from.’

The defendant, from Hook, near Goole, in the East Riding of Yorkshire, admitted stalking the woman between May 12 and October 22 and arson on September 1 last year.

Moore was also sentenced to 250 hours’ unpaid work, 30 days’ rehabilitation, ordered to pay £1,000 compensation to the woman and £900 for the fire damage and given an indefinite restraining order.

The disgraced 75-year-old, who has since resigned as a Labour member of Goole Town Council, was an East Riding councillor for Goole North until the 2019 elections, when Labour lost all its seats.