Japan’s coastguard said one Filipino crew member had so far been found during the search. 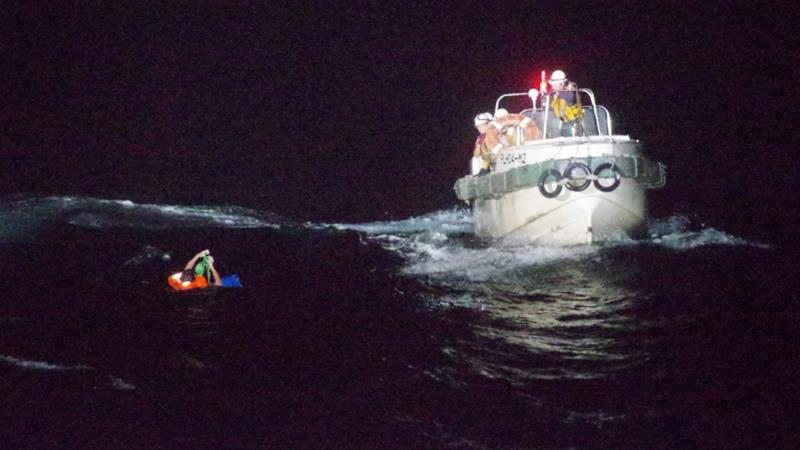 Rescuers in Japan were searching on Thursday for a ship carrying 43 crew and nearly 6,000 cattle that was feared sunk after it sent a distress signal during stormy weather in the East China Sea.

Japan’s coastguard said one person had so far been found in a search involving four vessels and several planes.

The cargo ship sent a distress call from the west of Amami Oshima island in southwestern Japan on Wednesday as the region experienced strong winds, heavy seas and torrential rain from Typhoon Maysak as it headed towards the Korean Peninsula.

Japan’s coastguard said P-3C surveillance aircraft spotted Edvarodo, who was the ship’s chief officer, on Wednesday night. He was wearing a life vest and waving while bobbing up and down in the water.

According to Edvarodo, who is able to walk and in good health, the ship lost an engine before it was hit by a wave and capsized, a coastguard spokeswoman said.

When the ship capsized, the crew were instructed to put on lifejackets. Edvarodo said he jumped into the water and did not see any other crew members before he was rescued. 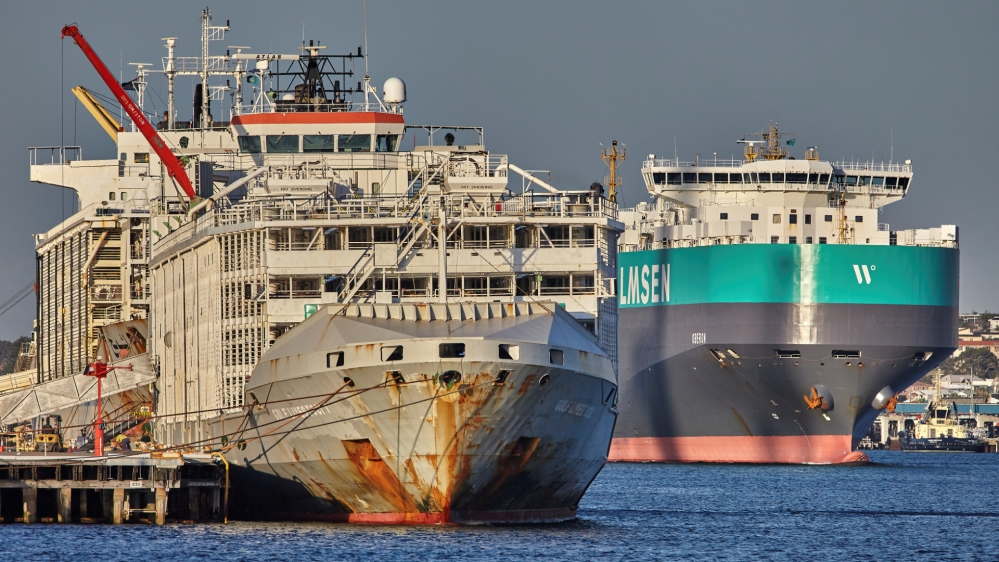 The crew included 39 people from the Philippines, two from New Zealand and two from Australia, the coastguard said. Pictures provided by the agency showed a person in a lifejacket being hauled from choppy seas in darkness.

The Gulf Livestock 1 left Napier in New Zealand on August 14 with 5,867 cattle and 43 crew, bound for the Port of Jingtang in Tangshan, China. The journey was expected to take about 17 days, New Zealand’s foreign ministry told the Reuters news agency.

“These cows should never have been at sea,” said the campaigns manager, Marianne Macdonald.

“This is a real crisis, and our thoughts are with the families of the 43 crew who are missing with the ship. But questions remain, including why this trade is allowed to continue.”

Meanwhile, on the Korean Peninsula, one woman was killed in the South Korean city of Busan when a strong gust of wind shattered her apartment window after Maysak made landfall.

More than 2,200 people were evacuated to temporary shelters, and around 120,000 homes were left without power across southern parts of the peninsula and on Jeju island.

The typhoon also brought heavy downpours across the north, and North Korea’s state media have been carrying live broadcasts of the situation, with one showing a reporter standing in a street inundated with water in the port town of Wonsan.

But authorities lifted their typhoon warning as the storm weakened and moved towards China.

“The typhoon will pass through Musan and leave our country,” a meteorological officer told Korean Central Television. “I don’t expect any effects.”