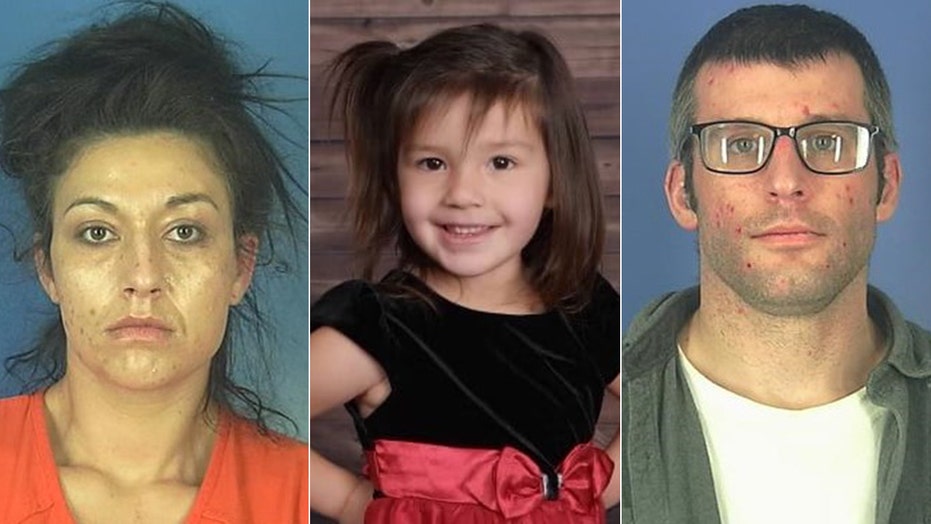 The young siblings of missing Washington 5-year-old Oakley Carlson told investigators and a friend that their vanished sister – who was reportedly last seen over 10 months ago – is “no more,” and had “gone out into the woods and had been eaten by wolves,” authorities confirmed to Fox News on Wednesday.

Authorities with the Grays Harbor Sheriff’s Office announced their efforts to find the little girl in early December and quickly deemed her disappearance suspicious. Local affiliate FOX 13 Seattle reported that police first learned of the missing child after someone who had been in close contact with the family, a local school principal whose daughter was friends with Oakley’s sibling, noticed the girl’s extended absence.

Oakley’s parents, Jordan Bowers and Andrew Carlson, did not report their daughter missing and were not cooperative with authorities, according to authorities and FOX 13.

FOX 13 obtained police records that outline details of the investigation – including statements from Oakley’s brother, 9, and sister, 6 – but the documents, which had been mistakenly made public, have since been sealed. Nonetheless, Grays Harbor Undersheriff Brad Johansson confirmed to Fox News Digital that the children did make such statements to authorities and a friend.

According to the report, Oakley’s sister told the principal’s daughter during a sleepover: “Oakley is no more,” and, “There is no Oakley.” Johansson confirmed that the young sister said Oakley “was gone.”

The little girl also told investigators that their mother, Jordan Bowers, “told her not to talk about Oakley,” officials confirmed. According to the young girl, Oakley “had gone out into the woods and had been eaten by wolves,” investigators reportedly wrote in court records.

And Oakley’s brother told law enforcement personnel during an interview that he had seen their mother “beat Oakley with a belt,” and that he “has been worried about her starving,” Johansson confirmed. The young boy also said Bowers would “put Oakley in the closet, possibly under a stairwell,” Johansson confirmed.

When asked if investigators had recovered any evidence to indicate that the case was more than that of a missing person, Johansson said yes, and added: “That’s part of our ongoing investigation and what we wouldn’t speak to.”

“We think that the investigation is criminal in nature, and we’re exploring all options,” he added.

The sheriff’s office announced on their Facebook page on Dec. 7th that they were searching for Oakley, whom they described as a “missing endangered child” from Oakville, Washington. At the time, detectives described Bowers and Carlson as persons of interest.

Deputies said at the time that they were not sure when the girl had last been seen. FOX 13 cited sheriff’s office officials in reporting that Oakley was last seen alive on Feb. 10.

Authorities had taken both parents into custody around that time and have since charged them with second-degree abandonment of a dependent person – but for allegations related to their 6-year-old daughter. The parents allegedly neglected to give the girl medicine as directed by her doctor for 15 months.

Without the medicine, Johansson said, the girl’s “physical wellbeing can deteriorate, and it can even be fatal.”

Johansson has said he is not yet sure if or when the parents will be charged in connection with Oakley’s disappearance.

12/16/2021 World News Comments Off on Siblings of missing Washington girl Oakley Carlson, 5, said sister was 'no more,' 'had been eaten by wolves'
Recent Posts