This is the dramatic moment a high-voltage electricity cable explodes in the middle of a residential street sending plumes of smoke and a fireball soaring into the air in Birmingham.

Residents were left running into their homes for shelter after fire and smoke began shooting up from an uncovered manhole on Highfield Road in Washwood Heath on Monday just before 9.30am.

Following the incident, police set up a cordon on the street as fire crews dealt with the explosion.

It is understood no one was injured during the incident. 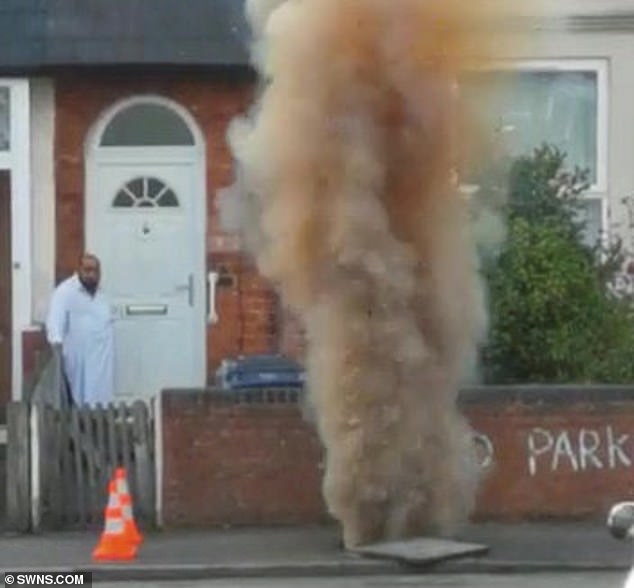 A stream of brown smoke erupts from the uncovered man on Highfield Road in Washwood Heath, Birmingham, after the electricity cable explodes

During the footage, a resident stands outside his house before a stream of smoke juts outs of an uncovered manhole on the pavement.

As the brown smoke shoots out of the hole and fire begins to emerge, residents rush into their homes for safety.

An eyewitness said: ‘The emergency services were called earlier in the day because there was an explosion near a car on the road.

‘The explosion was so big, fire alarms went off from inside homes. The police weren’t doing anything to seal the road off.

‘People weren’t told to go inside when the explosion happened. It was just so lucky they weren’t too close and were able to rush in.

‘No one is too sure what was happening or why it happened.’

Following the incident, the West Midlands gas distributor Cadent was called out to the scene to carry out checks on the gas pipes.

A spokeswoman for the company said: ‘West Midlands gas distributor Cadent was called out to reports of an explosion in Highfield Road, Birmingham, by the emergency services. 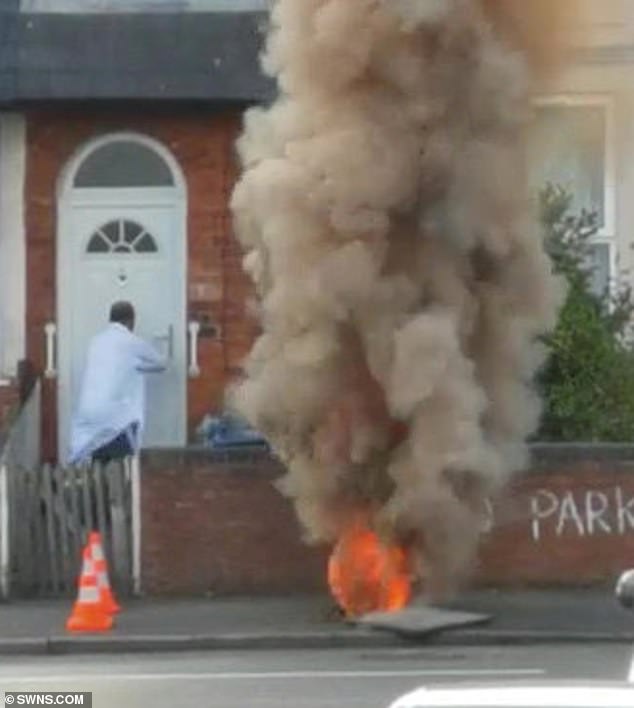 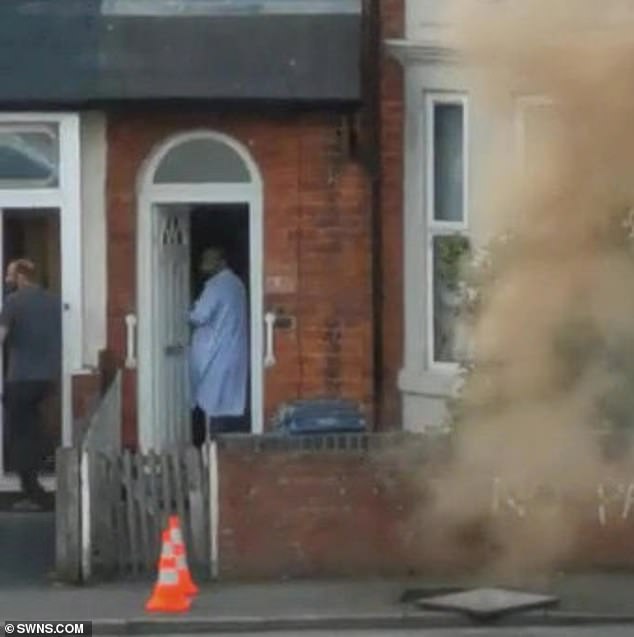 ‘We carried out extensive checks on our gas pipes and found them to be sound, with no leaks.’

A spokesperson for the Western Power Distribution said: ‘We can confirm there was a fault on a high voltage underground cable in the area, which is in the process of being repaired. We apologise for any inconvenience this rare event has caused.’

A spokesman for West Midlands Police said: ‘We received a call reporting a gas explosion on Highfield Road, Washwood Heath at just before 9.30am yesterday (Mon 3 Aug).

‘Officers set up a cordon on Highfield Road between Harts Road and Nansen Road and Herrick Road as fire crews dealt with the incident.

‘It is understood no one was injured and the roads were reopened by 11.50am.’

08/04/2020 World News Comments Off on Smoke jets out of the pavement as an electricity cable EXPLODES
Recent Posts
We and our partners use cookies on this site to improve our service, perform analytics, personalize advertising, measure advertising performance, and remember website preferences.Ok