Smugglers are lobbing flaming socks over jail fences to burn holes in security netting – allowing drones to fly in and drop off packages stuffed with drugs and mobile phones.

The bizarre method is thought to have started at Leeds jail, but is now believed to be ‘widespread’ at prisons where security netting is installed to stop what are called ‘throw-overs’.

The smugglers put a rock in a sock to weigh it down before setting fire to the sock and throwing it on to security netting. It is believed to be costing tens of thousands of pounds to replace the scorched netting. 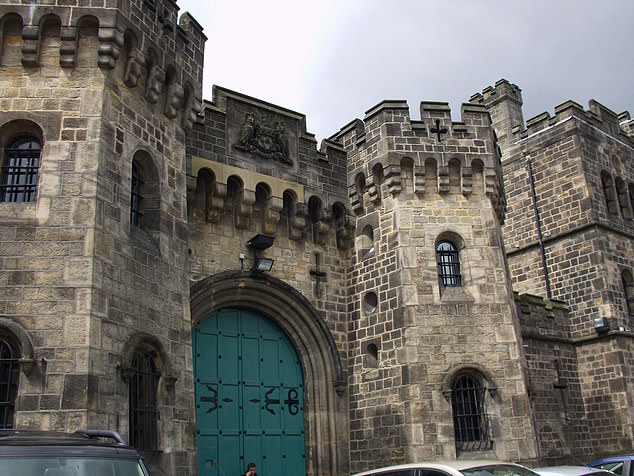 HMP Leeds (pictured) is thought to be where the bizarre method of hurling flaming socks at prison netting to burn holes in it, and send drugs to inmates, began

It also often takes several months to repair the netting, meaning smugglers on the outside can more easily get their contraband through.

Speaking recently, Barrie Meakin, the chairman of the Independent Monitoring Board at HMP Leeds, said that the smugglers on the outside were acting under orders from inmates. To ensure the hole is big enough for a drone delivery or throw-over of contraband, several burning socks are usually thrown.

Mr Meakin said that no matter what prison bosses did to try and stop it, inmates would always look to ‘find another way’ to get drugs and phones in, adding: ‘The prisoners are certainly ingenious in the efforts to get drugs into the prison.’

A prison worker, who asked not to be named, said security netting was increasingly being targeted, adding: ‘It’s getting harder for prisoners to bring in drugs due to more body scanners and a crackdown on mail being sent in soaked in liquid Spice [a synthetic mind-influencing drug]. This has meant there are more throw-overs or drone deliveries.’

A Prison Service spokesman said it was spending more than £70million on additional security across the UK. He added: ‘HMP Leeds has regular perimeter patrols to prevent throw-overs and any interference with security fences and netting.’