BANGKOK (Reuters) – Southeast Asian leaders opened a two-day summit in Bangkok on Saturday, though it was unclear what progress their 10-country group could make on disputes in the South China Sea and the plight of ethnic Rohingya fleeing Myanmar. 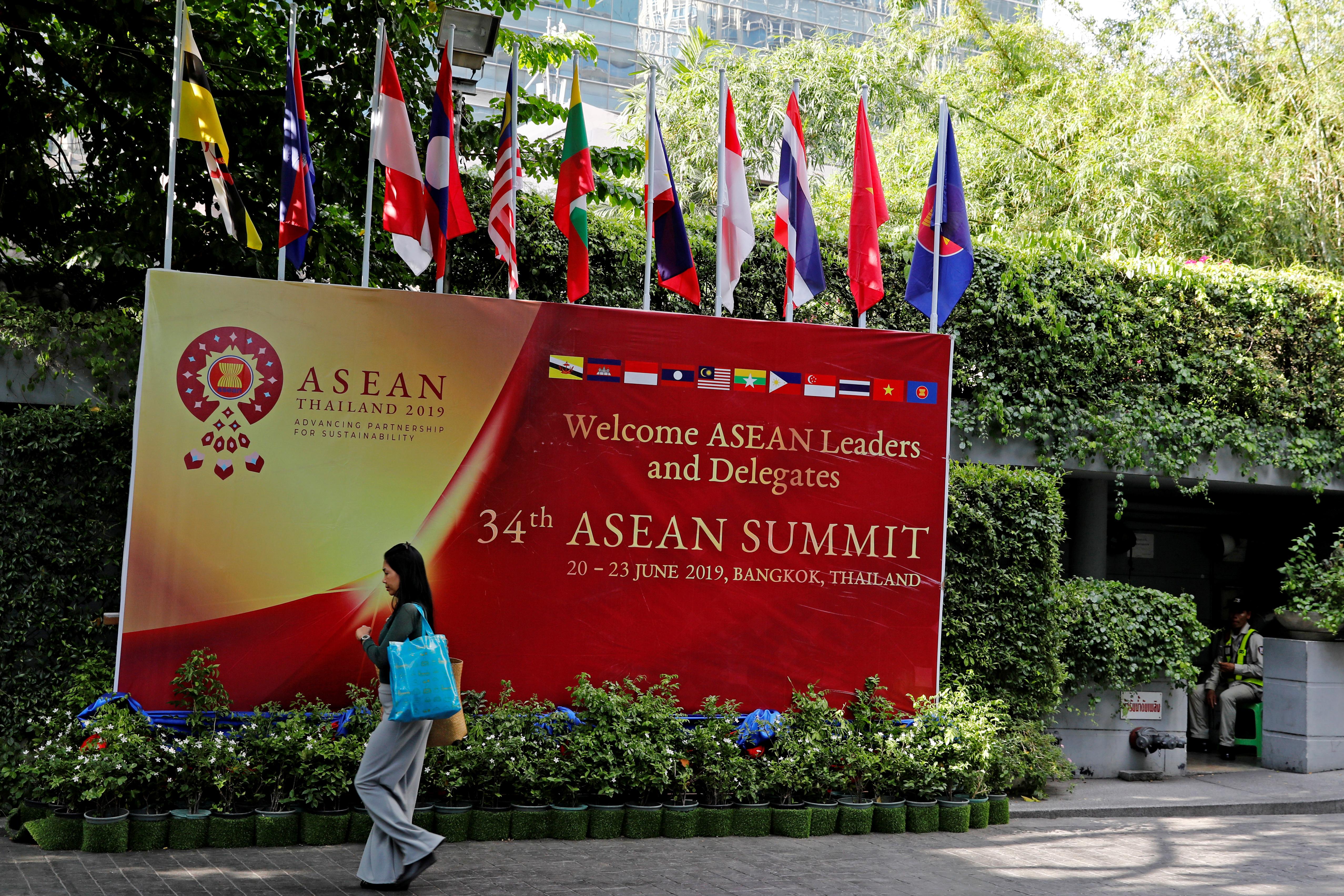 Formed more than half a century ago, the Association of Southeast Asian Nations (ASEAN) has historically struggled with challenges facing the region because it works only by consensus and is reluctant to become involved in any matter regarded as internal to a member state.

Thai Prime Minister Prayuth Chan-ocha was making his debut as a civilian leader representing current chair Thailand, after a general election in March that opposition parties say was designed to ensure his victory five years after the former army chief seized power in a 2014 coup.

Officials are expected to discuss a Code of Conduct (COC) for negotiations over the South China Sea, one of the world’s busiest waterways and a potential flashpoint, as it is claimed by several ASEAN members as well as China.

However, it was unlikely much progress would be made, though member nations might discuss the June 9 collision of a Philippine boat and a Chinese fishing vessel.

“It is encouraging to see that the ASEAN-China talks on the COC have continued,” said Marty Natalegawa, former foreign minister of Indonesia.

“However, there is real risk that developments on the ground – or more precisely at sea – are far outpacing the COC’s progress thereby possibly rendering it irrelevant.”

Philippine President Rodrigo Duterte has accepted China’s proposal to jointly investigate allegations that a Chinese fishing vessel abandoned 22 Filipinos after it sank their boat in the South China Sea, his spokesman said on Saturday. [nL4N23S4LU]

Rights groups have also called on ASEAN leaders to rethink support for plans to repatriate Rohingya Muslims who have fled member state Myanmar, where activists say returnees could face discrimination and persecution. [nL4N23Q197]

More than 700,000 Rohingya crossed into Bangladesh in 2017, according to U.N. agencies, after a crackdown by Myanmar’s military sparked by Rohingya insurgent attacks on the security forces.

However, it is unlikely that there will be any criticism of Myanmar at the summit over the Rohingya, said Prapat Thepchatree, a political science professor at Thailand’s Thammasat University said.

“This issue has been a very sensitive one for ASEAN,” he said.

Host country Thailand deployed about 10,000 security forces around Bangkok for the summit, mindful of a decade ago when Thailand last hosted an ASEAN summit and dozens of protesters loyal to military-ousted former premier Thaksin Shinawatra forced their way into the meeting venue.

But on Saturday morning, only a small group of people had planned to stage a protest to call Prayuth’s election the product of a rigged system.

The group, called Citizens Wanting Elections, was stopped by police before it could reach a meeting point near the summit venue. The group later released a statement welcoming visiting leaders but criticizing Prayuth.

“The individual who serves as President of ASEAN, who welcomes everyone today, did not come from a clean and fair election,” the letter said.