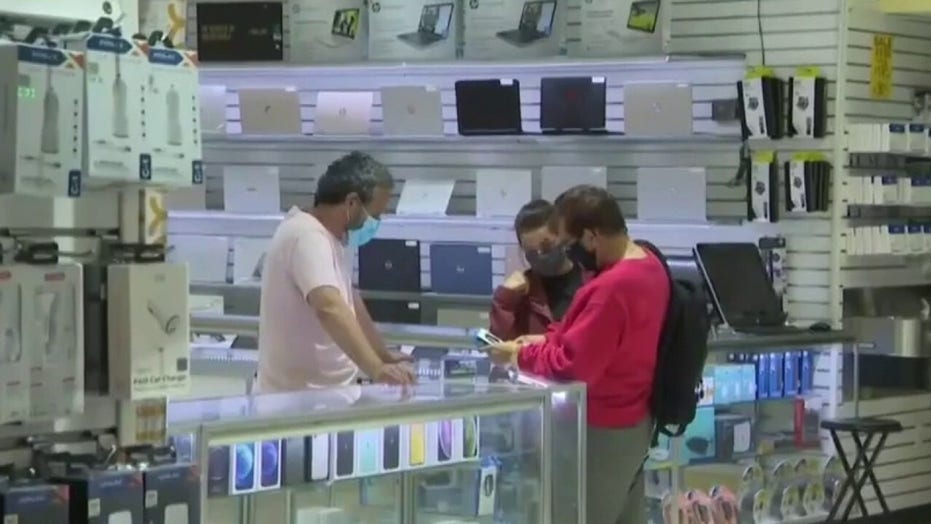 How will coronavirus vaccine news impact retail sales during the holiday season?

A moment of chance led to a reunion for a woman who helped out a stranger on a dark day in Texas.

Thirteen years ago when Hailey Allen was 16, she was saved by mall employee Melissa Mullins when she had to pick out clothes for the funeral of her mother and brother.

"I walked into Maurice's and every little piece of clothing I would look at I would lose it," Allen told Brownwood News. "I decided it was too much for me to pick something for my mom right away so I started going into the dressing room and trying things for me."

The only person that was working in there at the time heard her crying and asked her friend what was wrong.

"My friend said my mom and brother had just died and I was worried I wouldn't have enough money for something nice," Allen said. "I picked out what I was going to wear and when I came out the lady that worked there said ‘don't worry about anything, get whatever you need.' No one had ever done anything like that for me before."

AMERICA TOGETHER: UPLIFTING IMAGES FROM ACROSS THE COUNTRY

The kind act of generosity allowed her to find closure in her family tragedy.

"Toward the end my mother was depressed, she aged overnight and she didn't have energy to look nice. I didn't see the signs of depression until it was too late," Allen said. "Because of Melissa, my mother looked more beautiful than I had ever seen her look in her casket and I have that image to look back on."

Their paths would cross again when Allen realized she had seen Mullins again while working on her photography business.

"I started thinking about it and I remembered I had given away a couple of free photoshoots to some little girls and one of the girl's grandma brought her," she said. "She was the grandma, so I met her again not knowing that was her."

Allen knew she had to reconnect.

"I messaged her daughter and I asked if her mom worked at Maurice's in 2006 and she said yes, so that was confirmation," Allen said. "After that, we talked on the phone for a little bit and she texted me."

Mullins, the woman who helped Allen, has two daughters of her own and she pictured Allen as one of her daughters and what that would be like, Allen said.

"Of course I have daughters myself, it was such a powerful thing to see all you were dealing with and picturing in my mind my girls going through anything like this," Mullins told Allen in a text shared with the Brownwood News. "I would have just prayed that they would have had someone to help them.

A couple of weeks after Allen made the connection, Mullins reached out to her again and asked if I would meet her for breakfast. The pair and we have met every two weeks for breakfast ever since, Allen said.

AMERICA TOGETHER: UPLIFTING IMAGES FROM ACROSS THE COUNTRY

Their reunion was filled with joy.

"Thank you for your kind words," Mullins told Allen in the text. "This is all just a reminder that you never know how much you can touch someone's life. You cannot imagine how you touched mine that day. It is something I will never forget."

12/01/2020 World News Comments Off on Strangers reunite 13 years after act of kindness that left lifelong impact
Recent Posts
We and our partners use cookies on this site to improve our service, perform analytics, personalize advertising, measure advertising performance, and remember website preferences.Ok