One of NSW’s most wanted fugitives has been taken into custody following a dramatic arrest in Darwin on Wednesday night when he was found hiding in the hull of a yacht.

Mark Horne, 32, was on bail and was due to face trial over his alleged involvement in the shooting of a truck driver and the theft of $550,000 in cash from the driver in the NSW Blue Mountains in September 2020. 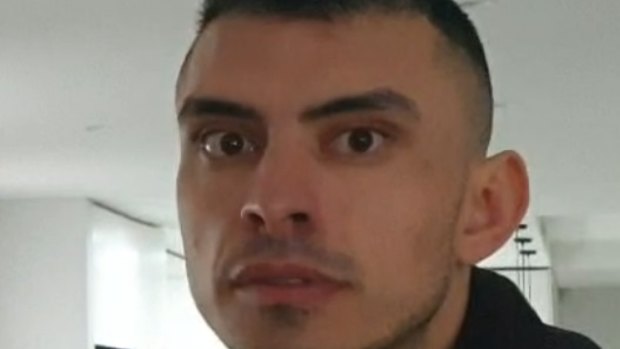 NSW Police will travel to the Northern Territory in the coming days to apply for Mark Horne’s extradition.Credit:NSW Police

Police allege Horne was travelling in the back of an Uber in Sydney’s south when he cut off his ankle monitoring bracelet and disappeared in October last year.

Following a manhunt, Australian Border Force officers boarded the yacht, which was attempting to sail from Cullen Bay Marina in Darwin late on Wednesday.

The officers found Horne hiding in the hull. Two other men – aged 52 and 43 – were also arrested.

Horne will now face an extradition hearing in Darwin on Monday. 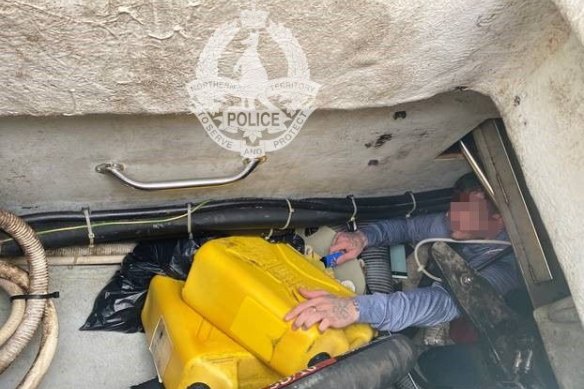 Police find Mark Horne in the hull of a yacht in a Darwin marina.Credit:Northern Territory Police

Northern Territory Police Commander Matt Hollamby commended the results of the investigation into his disappearance.

“The excellent work of our partnership with the Australian Criminal Intelligence Commission, Australian Border Force, Australian Federal Police and other agencies means that one of the country’s most wanted fugitives is now in custody,” he said. 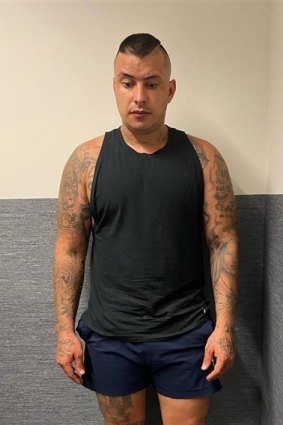 Horne was out on bail at the time he allegedly absconded. Credit:NSW Police

“ABF officers are on the front line when it comes to maintaining the integrity of the Australian border,” he said.

“This operation highlights the critical role we play, together with our joint agency partners, when it comes to combating organised crime. If you’re breaking the law, there really is nowhere to hide.”

NSW Police are now working closely with Northern Territory Police to bring Horne back to face a Sydney court.

“Detectives attached to the State Crime Command’s Criminal Groups Squad will travel to the NT in the coming days to apply for the man’s extradition to NSW,” a statement from police said.