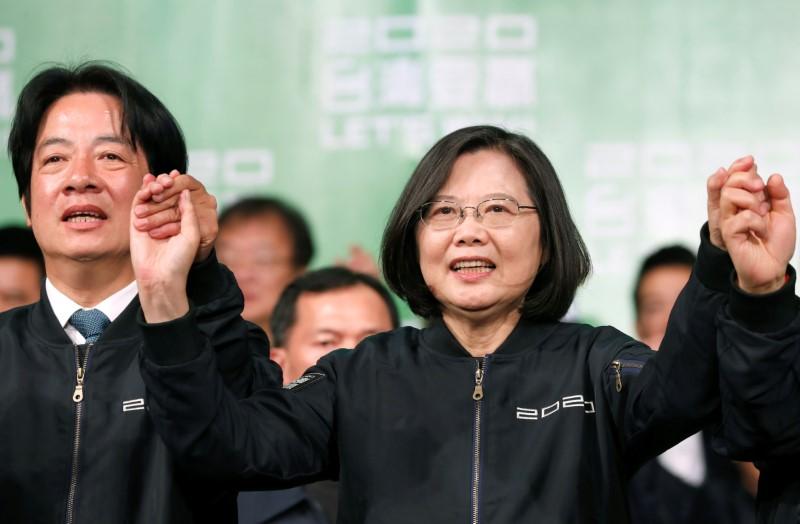 TAIPEI (Reuters) – Taiwan President Tsai Ing-wen urged China on Wednesday to review its policy towards the island, days after she won a landslide re-election victory, in a rebuke that could fuel further tensions with China.

“We hope China can understand the opinion and will expressed by Taiwanese people in this election and review their current policies,” Tsai told reporters in Taipei. She did not elaborate.

China considers democratic Taiwan its own territory and has tried military threats and economic inducements to get the island to accept its rule. Taiwan says it is an independent country, called the Republic of China, its official name.

Related posts:
01/15/2020 World News Comments Off on Taiwan president urges China to review policy after election win
Recent Posts
We and our partners use cookies on this site to improve our service, perform analytics, personalize advertising, measure advertising performance, and remember website preferences.Ok