Tech entrepreneur, 36, who ‘tried ecstasy given to him by a dealer’ overdosed and died while looking after his four-year-old son when his wife was away with friends, inquest hears

A tech entrepreneur overdosed on ecstasy that had been given to him by a drug dealer and died at home while babysitting his four-year-old son, an inquest has heard.

Software engineer Patrick Lismore, 36, from Belfast, was discovered in the hallway of his £350,000 Hampshire home after a neighbour woke to the sound of dogs barking and his young son crying.

Self-described ‘ethical hacker’ Mr Lismore had co-founded three different technology companies, and had a penchant for soft drug use in his youth.

A court heard the ‘devoted father’ was not a big drinker, but often smoked cannabis as it helped his productivity while working.

His wife, Danae Lismore, described her shock at discovering he had taken the Class A drug, but believed he may have experimented with it as he was working on an ‘exciting new project’.

Mrs Lismore told the Winchester hearing: ‘He was doing well at work – he had a very clever brain and he thrived off technology – he was into cyber security and block chains.’

The post-mortem gave his cause of death as a cardiac arrhythmia due to taking a substantial amount of ecstasy. 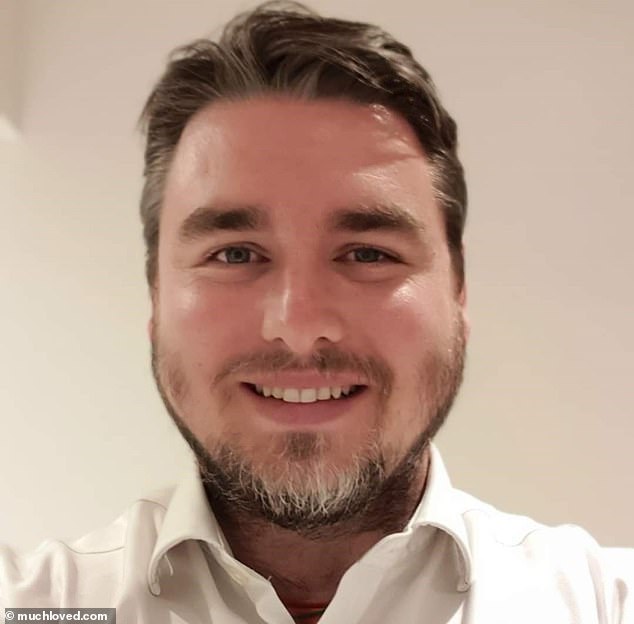 Software engineer Patrick Lismore, 36, from Belfast, was discovered in the hallway of his £350,000 Hampshire home after a neighbour woke to the sound of dogs barking and his young son crying

Mr Lismore was found dead in their £350,000 home near the yachting village of Lymington in Hampshire’s New Forest in February 2020.

The inquest heard Mr Lismore’s wife had gone on a trip to Brighton with friends, leaving her husband to look after their son.

In a statement read to the court in Winchester, Hants, neighbour Jacob Anderstone said he had knocked on Mr Lismore’s front door in the early hours of the morning as his dogs were barking, but there was no response.

Mr Anderstone said: ‘I woke up at around 7:30 and went into the back garden, looked over the back fence and the dogs were in the house and they were going nuts still.

‘The barking was getting louder and louder and I could hear the little boy crying through the wall.

‘I went and knocked on the front door quite hard and I could make out the shadow of the young boy coming through from the lounge.

‘He just looked at me and walked back into the living room without saying anything. I looked down and saw Patrick lying on the hall floor.’

The inquest heard Mr Lismore did not really drink alcohol but smoked cannabis as it helped him work.

Mrs Lismore said: ‘(Smoking cannabis) would be his way of winding down. He was quite productive on it – it was not just a slack off on the sofa.

‘Most people help themselves to a glass of wine. He was not reliant (on cannabis) it was just his thing.’

Mrs Lismore suggested her husband could have been given the ecstasy ‘to try’ by a dealer who sold him cannabis.

‘Maybe he thought “the wife is away,” he was working on an exciting project and got his normal little bit of weed and they said “try this”, she said.

Mrs Lismore described his death by overdose as a ‘complete shock’ as she did not know her husband took ecstasy – but knew he had dabbled with recreational drugs when he was growing up in Belfast. 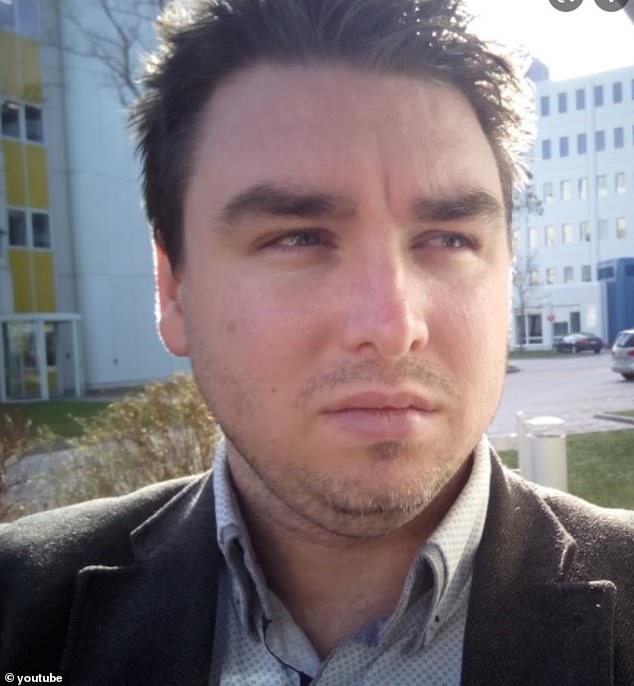 She said: ‘I believe when he was in his youth, he had experimented with recreational drugs but this was complete shock.

‘I was really taken aback by it because it was so out of character.’

When asked how she felt about her husband taking drugs when looking after their young son, she said: ‘I was so angry when I found out, I will not lie about that.’

But she described her husband as a ‘loving and devoted’ father to their young son.

She said: ‘Patrick was a very kind and loving man, he was a very devoted father, he was very proud of what we had accomplished with the house and car.

‘I think Patrick would be devastated at what this has brought on us all.’

The inquest heard Mr Lismore had gone to his GP before his death about panic attacks caused by stress at work.

Area Coroner for Hampshire, Portsmouth and Southampton Jason Pegg said it was ‘unusual’ that Mr Lismore took ecstasy while looking after his young son.

He said: ‘For whatever reason, Patrick took a large amount of the drug and that large quantity caused him to suffer a cardiac arrhythmia.

‘It is very strange circumstances to take ecstasy – normally it is taken with others in an extreme club setting. It is unusual to take it when babysitting your four and a half year old son.’

Mr Pegg said Mr Lismore’s death was an accident and that he did not intend for it to happen and recorded his death as misuse of drugs.