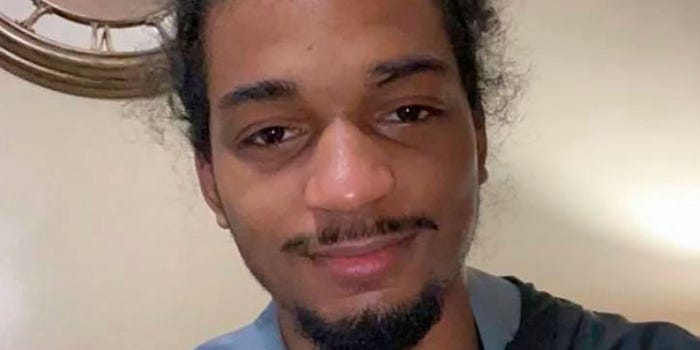 The Ohio sheriff's deputy who fatally shot Casey Goodson Jr. on December 4 once used his faith to justify use-of-force in law enforcement.

Franklin County Sheriff's Deputy Michael Jason Meade, who is also a Baptist pastor, spoke about use-of-force during an interview with the sheriff's department that was uploaded to YouTube in 2018 and recently resurfaced by the Columbus Dispatch.

"The Bible doesn't contradict law enforcement — it complements it," he said in the interview. "Everything I do on a daily basis is complemented by the word of God."

He called use-of-force "righteous release" throughout the interview.

"Every now and then we have to actually use force," he said. "We don't go around looking for it because we don't have to. Plenty of people will give you that opportunity. We don't have to be bullies looking for it. That's why I say it's a righteous release: There is release in our job that, righteously, we can actually have a use of force."

In a recording of a Free Will Baptist Pastors conference that also took place in 2018, Meade spoke about the Biblical story of David and Goliath when he again brought up policing, comparing his actions to David using his slingshot to hit Goliath.

Meade shot 23-year-old Goodson as he was walking into the front door of his home. His death was ruled a homicide in a preliminary report from the Franklin County Coroner's Office.

Meade was working with the US Marshals Service Fugitive Task Force looking for suspects when the shooting occurred, though the Columbus Police Department said Goodson had no prior criminal record and was not a target of the search.

The Columbus Police Department said in a statement that Meade had "reported witnessing a man with a gun" before fatally shooting Goodson, and that there were reports of a verbal exchange.

Police said Goodson had a gun on him when he was shot, though Goodson's lawyers said in a statement that he was carrying Subway sandwiches.

There were no witnesses to the shooting or body camera footage of the incident.

The Columbus Police Department is investigating the incident alongside the FBI and the US Department of Justice's Civil Rights Division.

12/29/2020 World News Comments Off on The Ohio deputy who killed Casey Goodson once used his faith to justify use-of-force in law enforcement
Recent Posts
We and our partners use cookies on this site to improve our service, perform analytics, personalize advertising, measure advertising performance, and remember website preferences.Ok