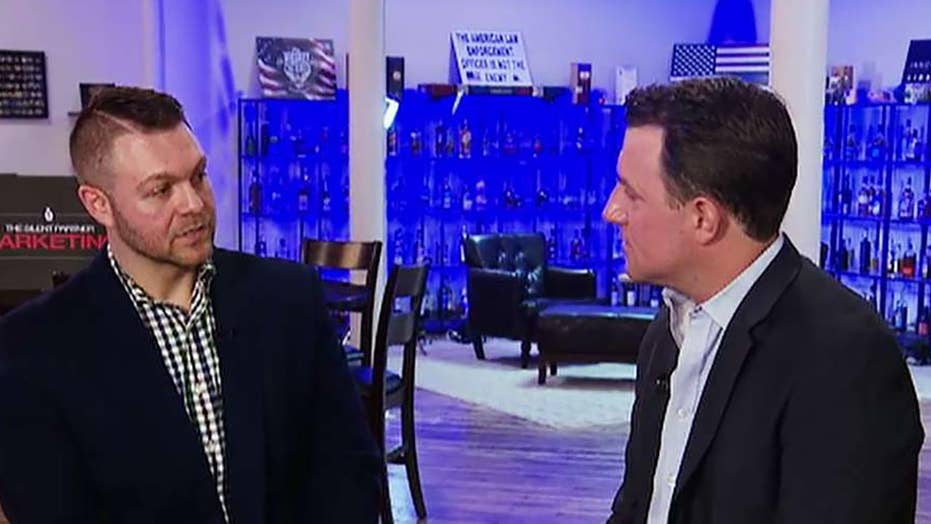 Inside the marketing firm behind the ‘The Snowflake Test’

The Silent Partner Marketing firm, located in Manchester, Conn., made headlines in 2017 after its CEO Kyle Reyes announced he was making job applicants pass a 30-question "personality test" before they reached the formal interview process.

"After the Snowflake Test, we had a lot of people pretty angry," Reyes said, explaining that the exam was designed to weed out "whiny, entitled" applicants.

The test came about after Hampshire College in Massachusetts generated outrage from veterans by briefly deciding not to fly the American flag on campus.

FOX NEWS EXCLUSIVE: TRUMP SAYS MUELLER MADE A 'FOOL' OF HIMSELF

That includes a former Navy SEAL who started a coffee company and cafe called Battle Grounds Coffee and another company that sells portable products to detect drugs and explosives.

In the past few years, Reyes said the "Snowflake Test" has evolved into a much more rigorous process, including a "high-stress" test for managers as a final interview.

"We put them way outside their comfort zone and conduct the interview during that process," Reyes said.

For instance, a company manager explained that he was hired after he passed a test that included underwater helicopter rescue training.