UFC FIGHTS often get called off- sometimes for the most bizarre reasons.

The sport has seen it all, from Tony Ferguson tripping over a cable to Conor McGregor’s attack on a bus before UFC 223 that left a fighter unable to compete. 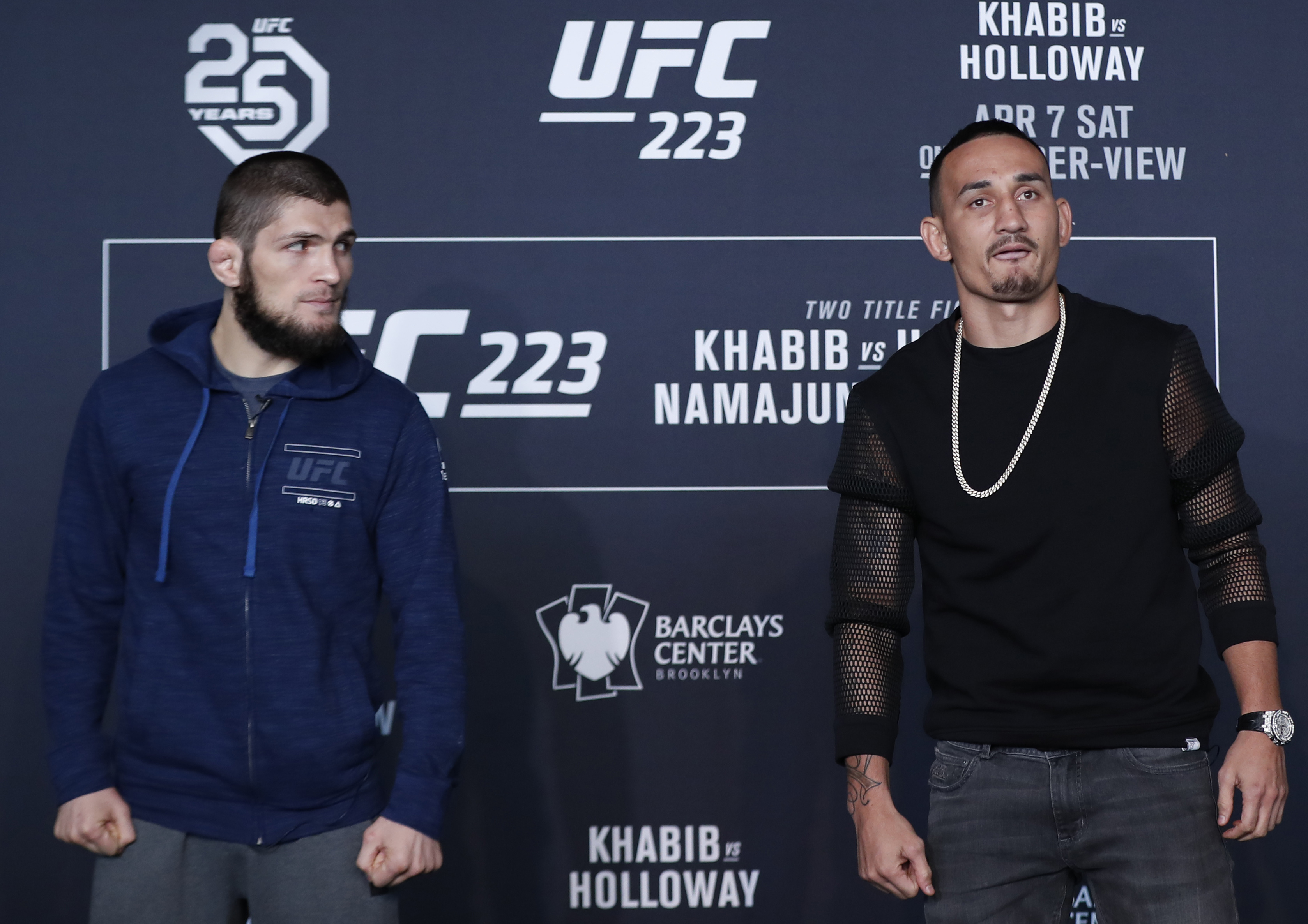 Here's a list of some of the strangest reasons fighters have been pulled from a fight.

Following a successful title defense against Yoel Romero at UFC 225, Middleweight champion Robert Whittaker was scheduled to defend his title against Kevin Gastelum at UFC 234.

The bout was scheduled in Whittaker’s home country of Australia. 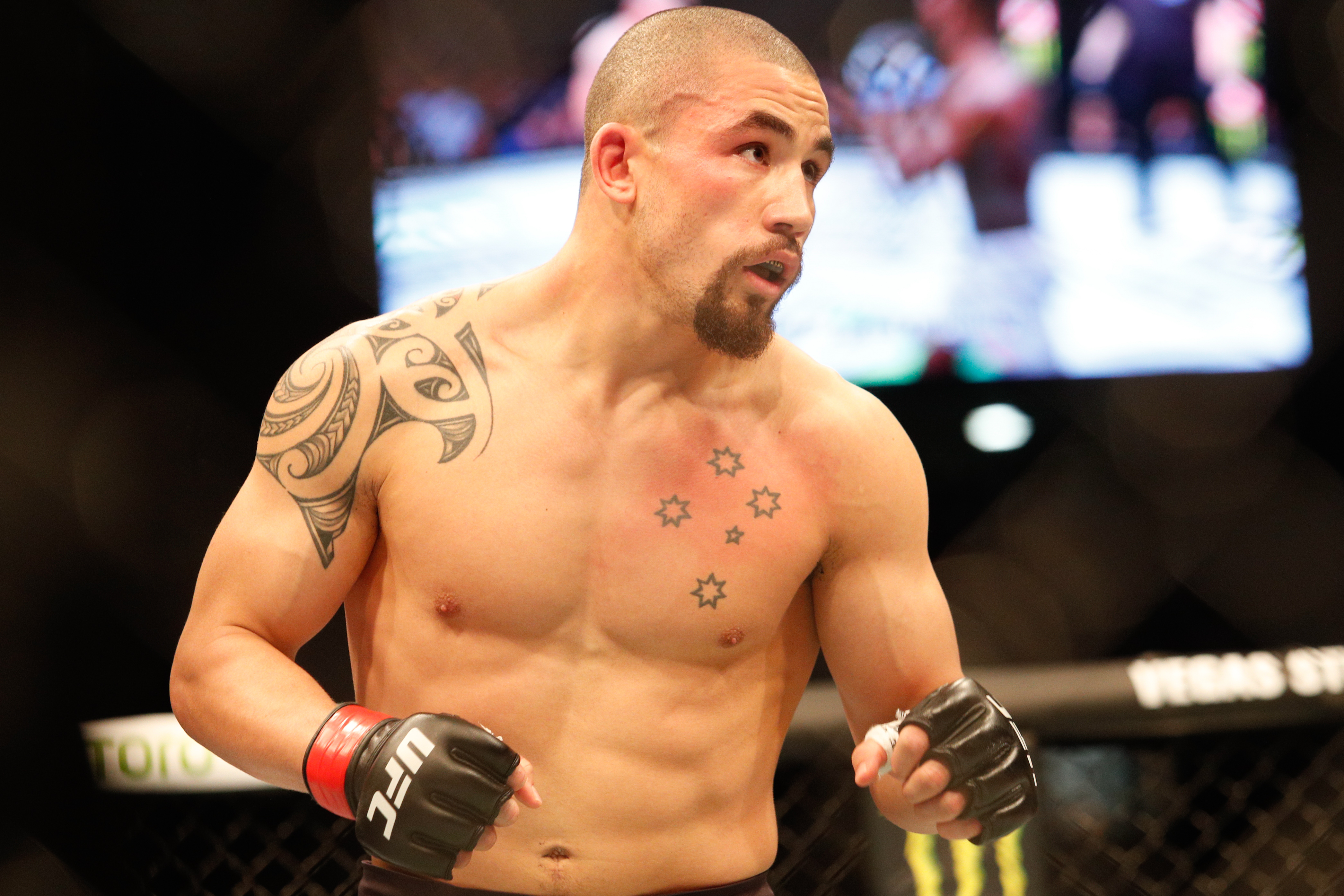 Yet hours before the matchup, Whittaker, 29, was pulled from the event due to a hernia and required immediate surgery.

Due to the recovery time, the UFC decided to arrange an interim Middleweight title fight between Israel Adesanya and Gastelum at UFC 236 two months later.

Adesanya would emerge as the interim champion after a five-round war with Gastelum, picking up a unanimous decision victory. 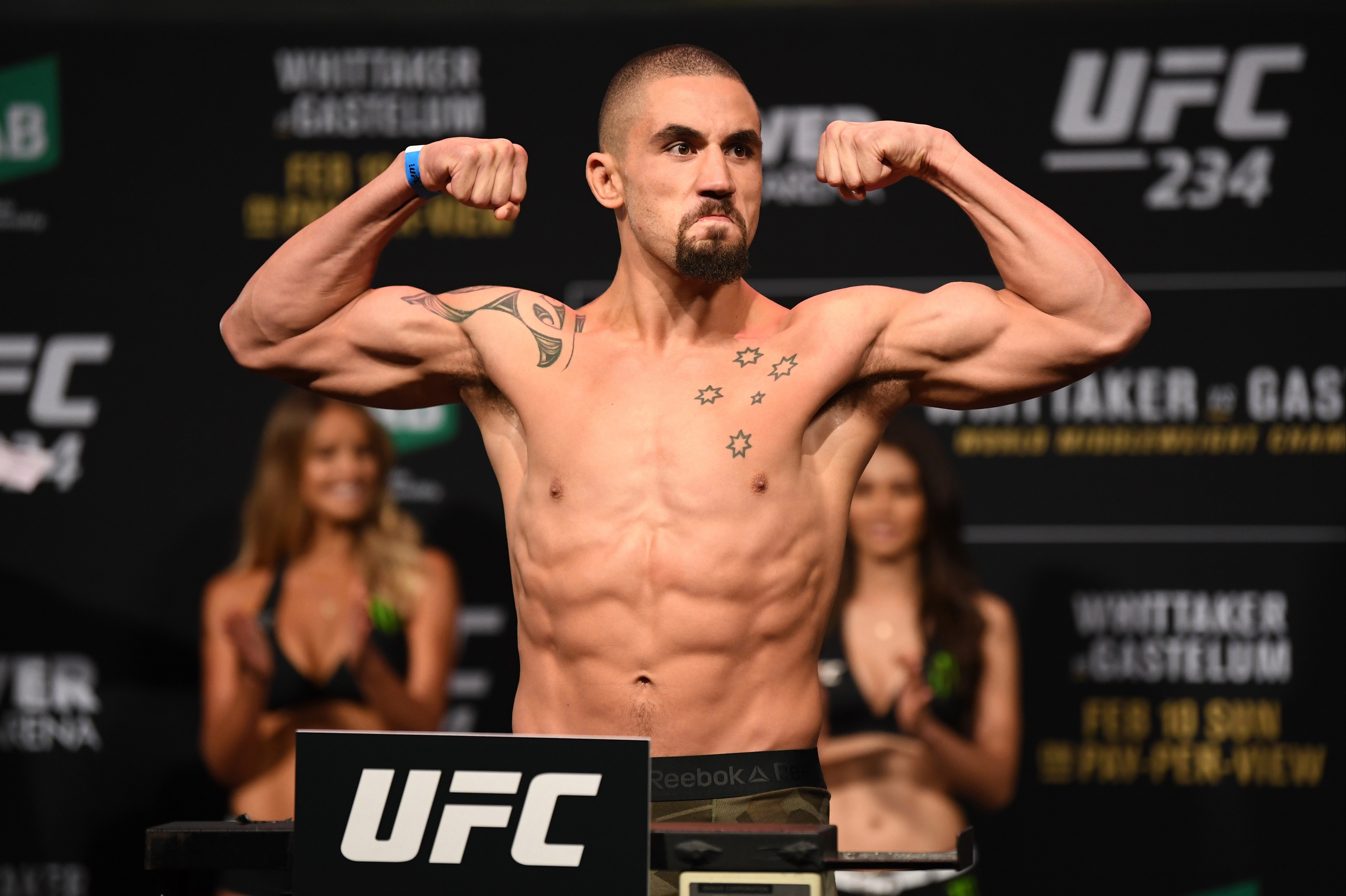 At UFC 243, Whittaker got his opportunity at Adesanya to determine the undisputed Middleweight champion, but was on the wrong end of a knock out and defeat.

Nicco Montano captured the inaugural UFC women’s Flyweight title after defeating Roxanne Modafferi in the finals of The Ultimate Fighter 26.

Sadly, the now 31-year-old never got a chance to defend her title. 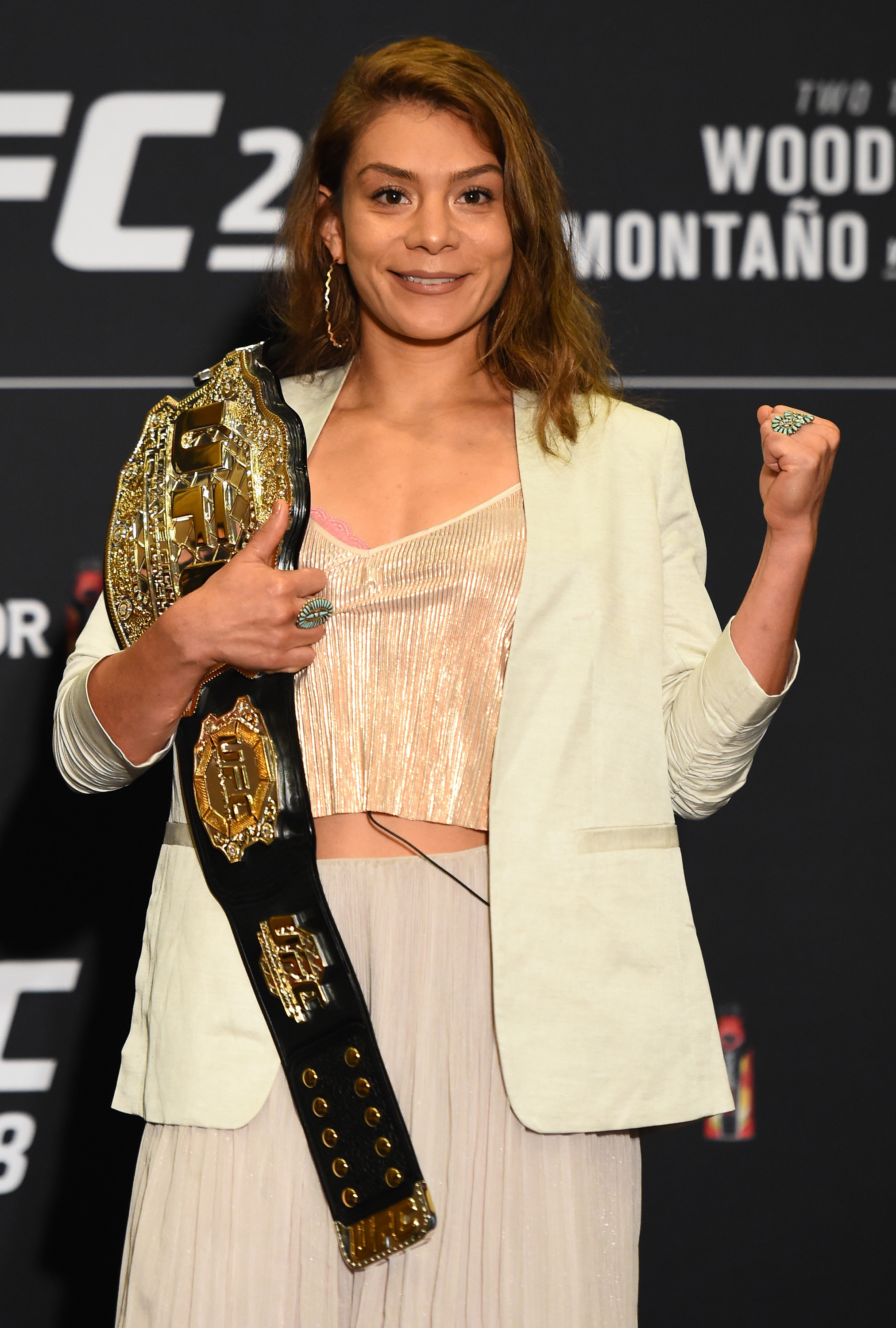 Montano was sidelined for the latter half of 2018 due to injuries.

She was then scheduled to face Valentina Shevchenko at UFC 228 for the Flyweight belt.

However, during the weigh-ins, Montano was pulled due to kidney issues.

Instead of rescheduling the title match, the UFC stripped Montano of her crown. 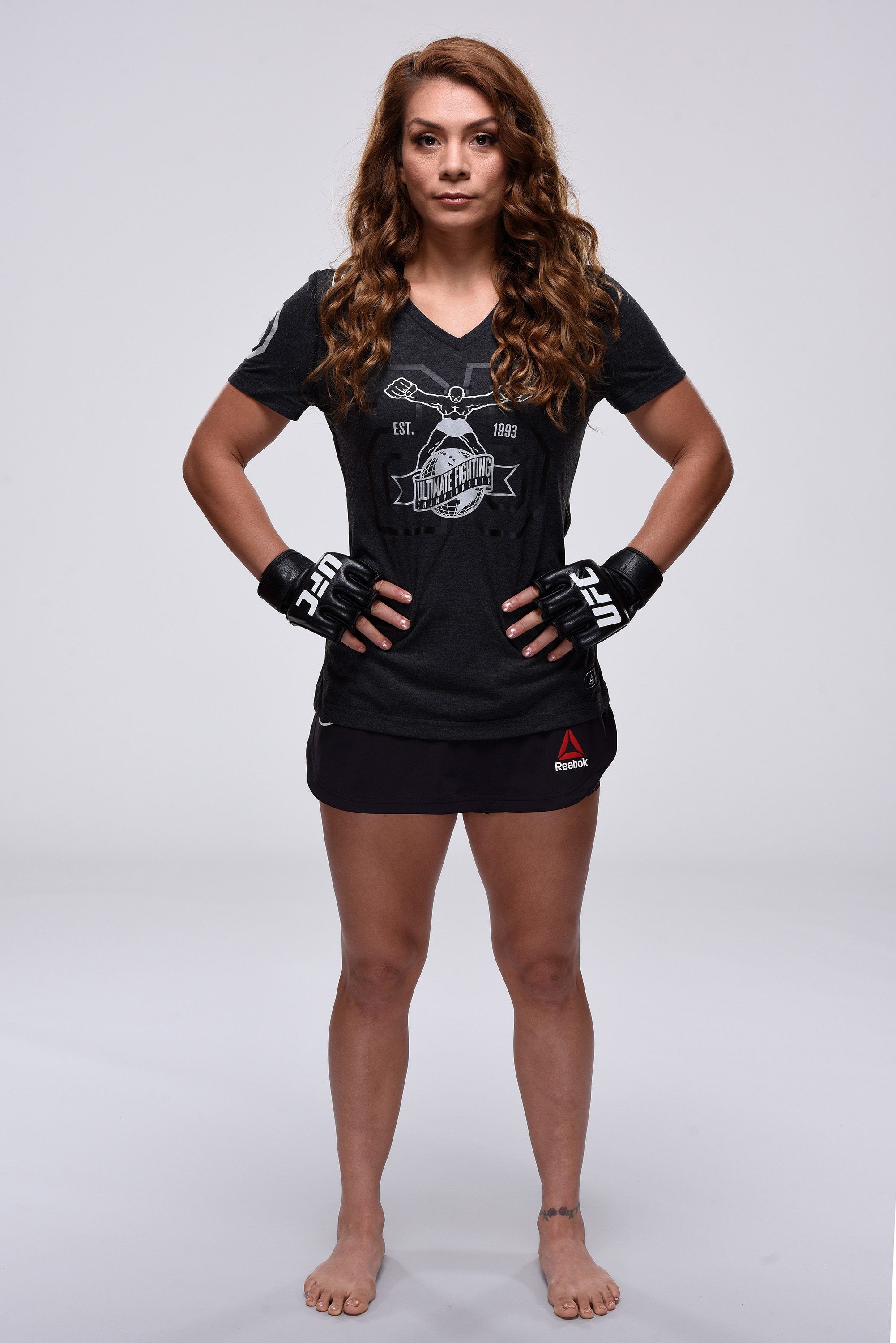 Shevchenko would go on to capture the vacant title at UFC 231 after defeating Joanna Jedrzejczyk by unanimous decision, while Montano has yet to receive another opportunity at the belt.

After being medically unfit to compete against Khabib Nurmagomedov at UFC 223, Max Holloway was scheduled to defend his Featherweight title in July 2018 against then-undefeated Brain Ortega at UFC 226.

While participating in the fight week open workouts, Holloway spoke to the media however his speech seemed impaired. 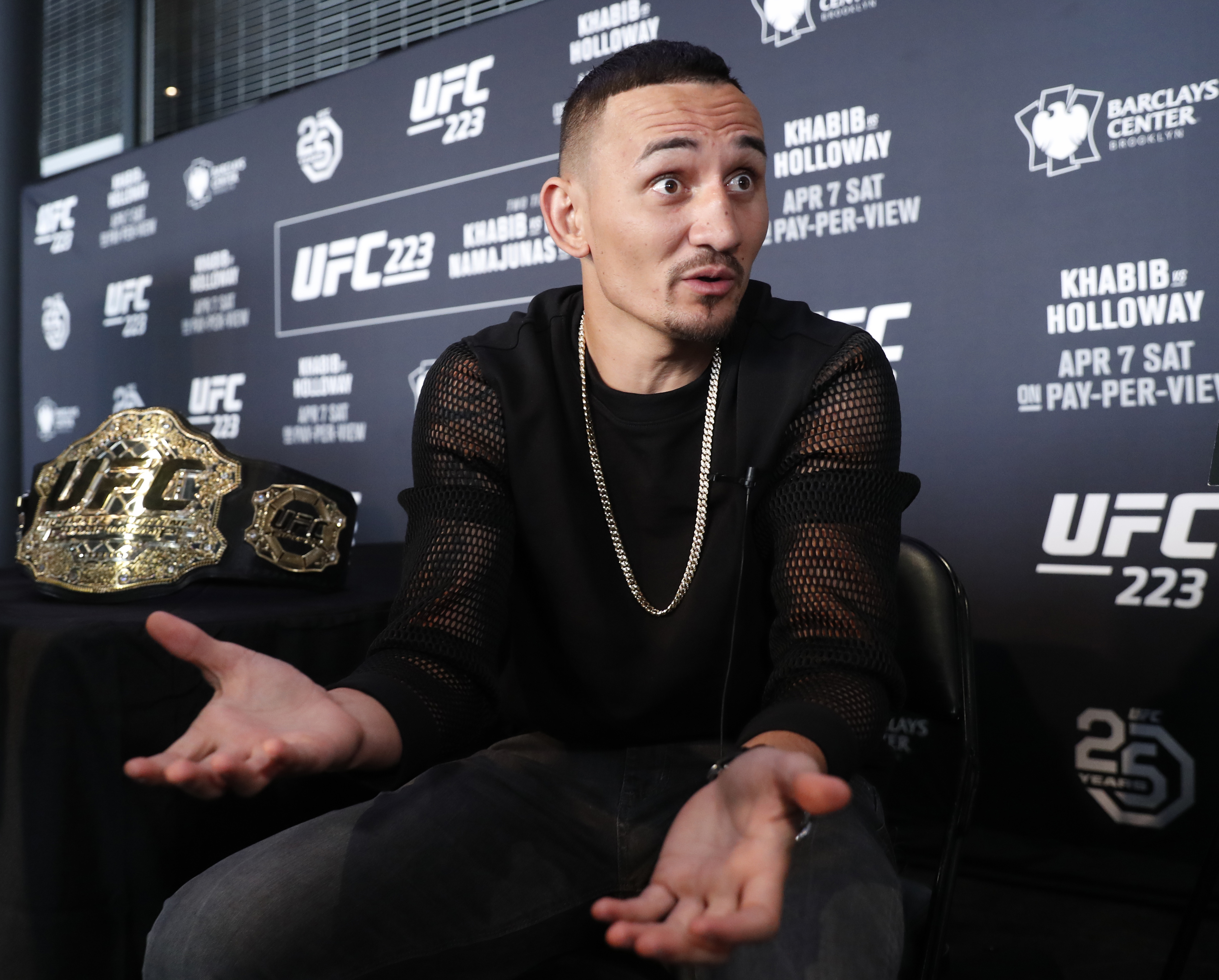 His management team decided to pull Holloway off the event due to concussion-like symptoms.

The fight was eventually rescheduled for UFC 231 in December that year, with Holloway handing Ortega his first loss via TKO in the fourth-round.

Amanda Nunes was scheduled to defend her women’s Bantamweight title for the second time against Valentina Shevchenko at UFC 213.

The two previously fought at UFC 196, with Nunes picking up a UD victory over Shevchenko. 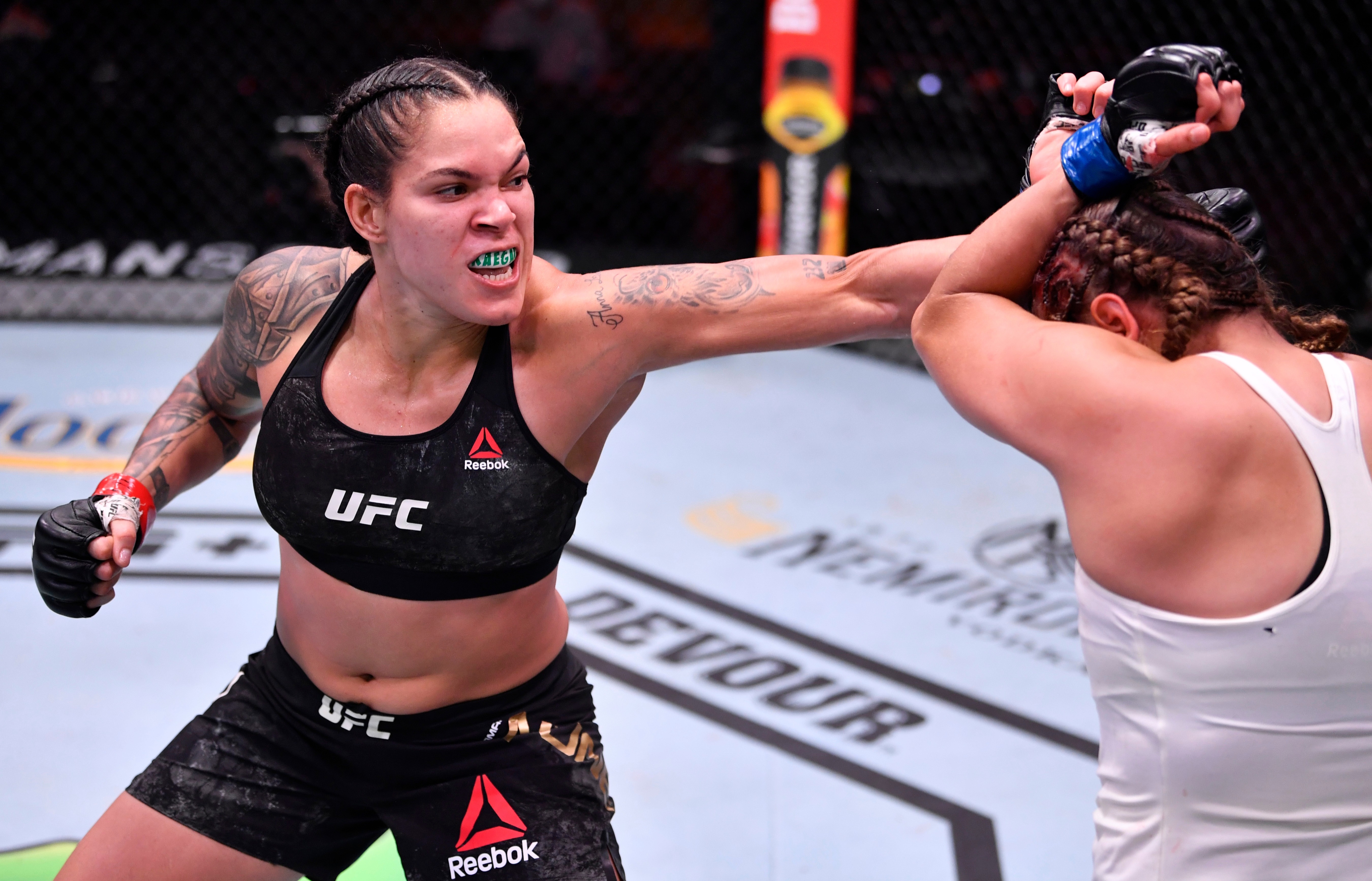 However, hours before the event, Dana White announced that Nunes was unable to compete due to a medical reason.

The Bantamweight title match was supposed to headline the event, but instead Robert Whittaker and Yoel Romero took the slot, and the women’s contest was postponed.

Nunes later revealed on Twitter that she was suffering from chronic sinusitis and was experiencing trouble breathing during the day of the fight. 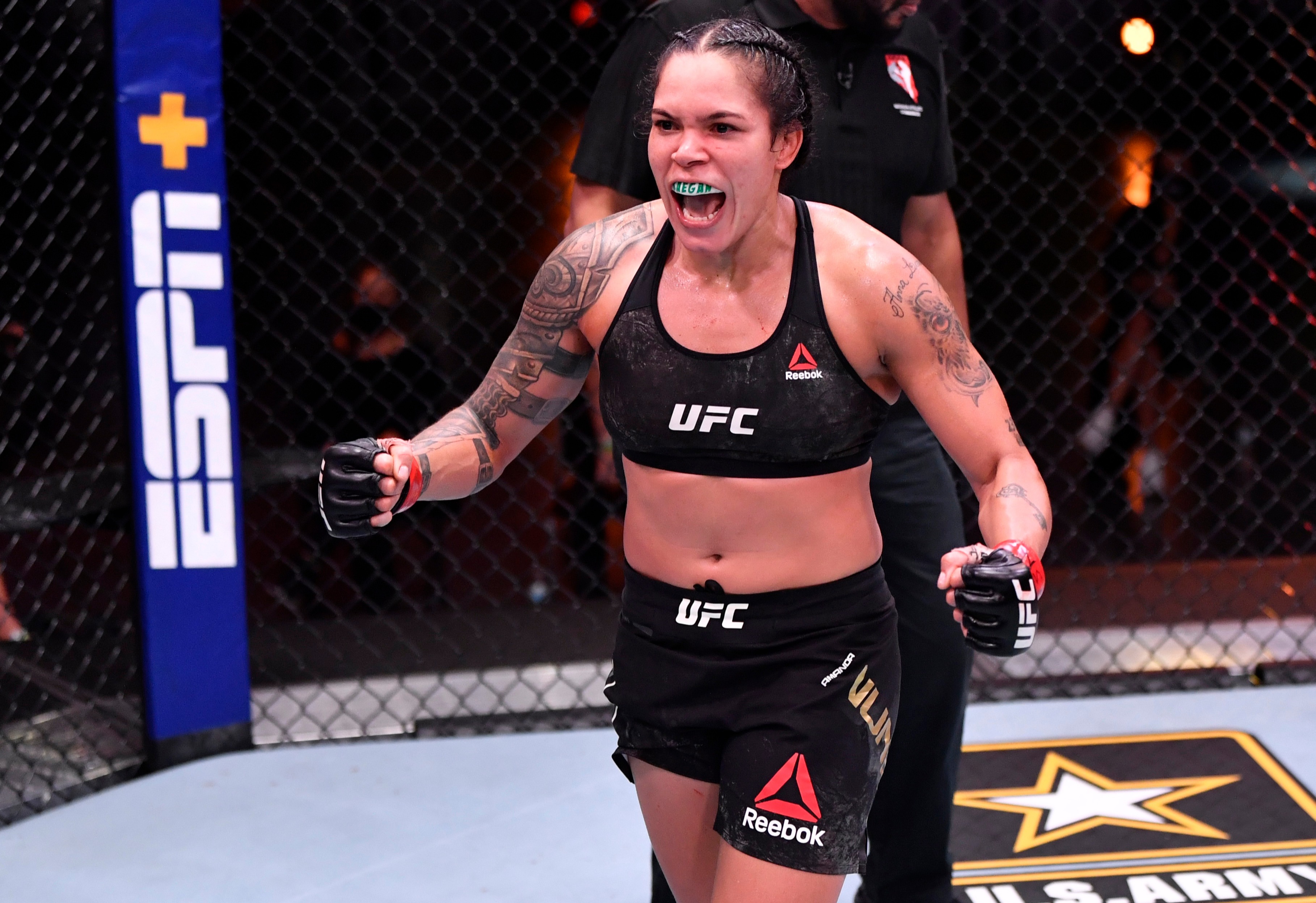 The two finally squared off two months later at UFC 215, with Nunes picking up a split decision win.

At UFC 173 in May 2014, TJ Dillashaw shocked the world when he dominated Renan Barao to be crowned the new Bantamweight champion.

Barao bounced back in his following fight when he made Mitch Gagnon submit, which set up the rematch with Dillashaw at UFC 177. 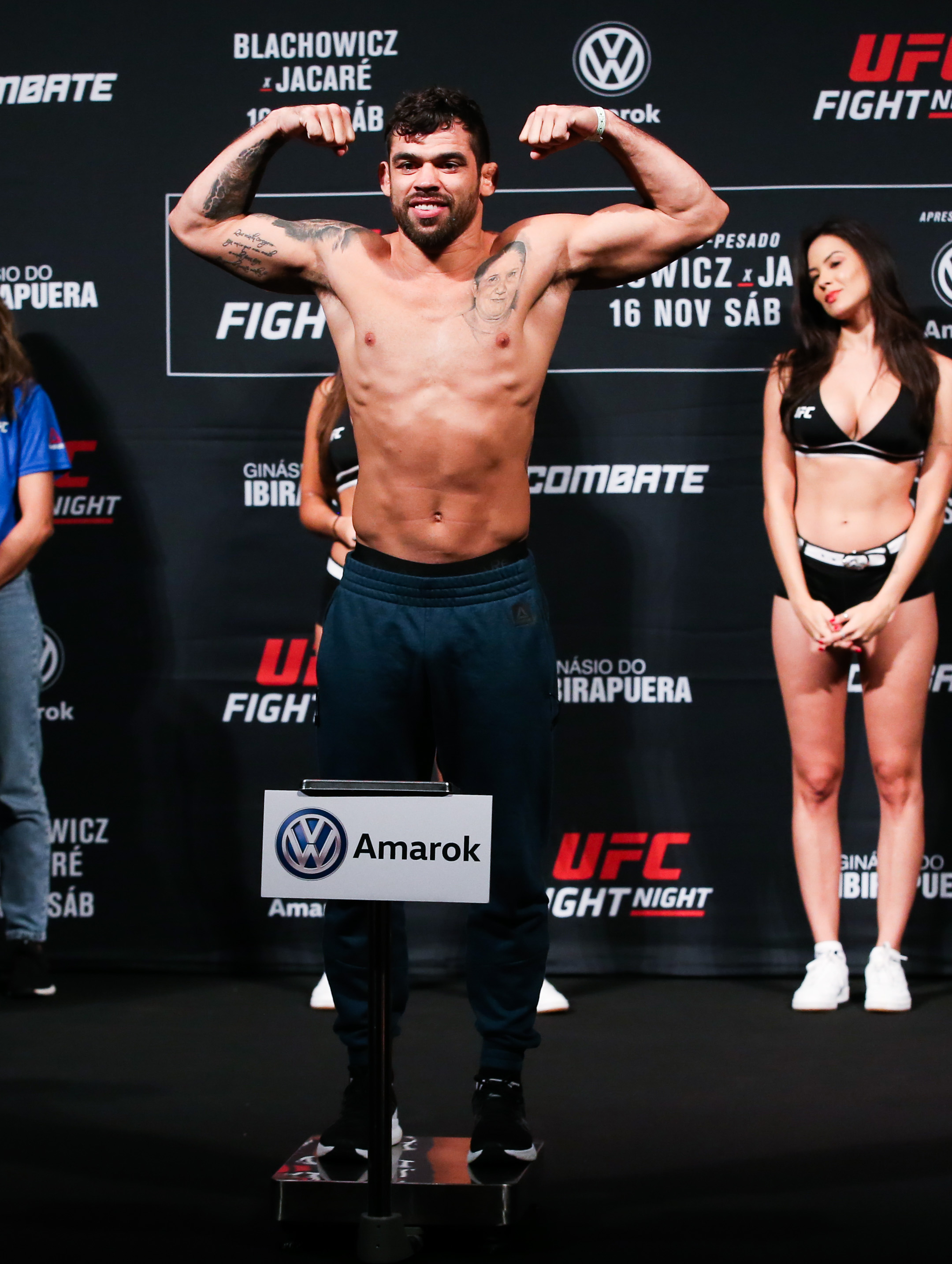 The night before the main-event, Barao fainted during the weight cut, which caused him to withdraw from the fight.

The UFC decided not to reschedule and instead scrambled to find an opponent for the champ.

Joe Soto, who was initially scheduled to make his promotional debut during the same event against Anthony Birchak, was given the opportunity at the gold. 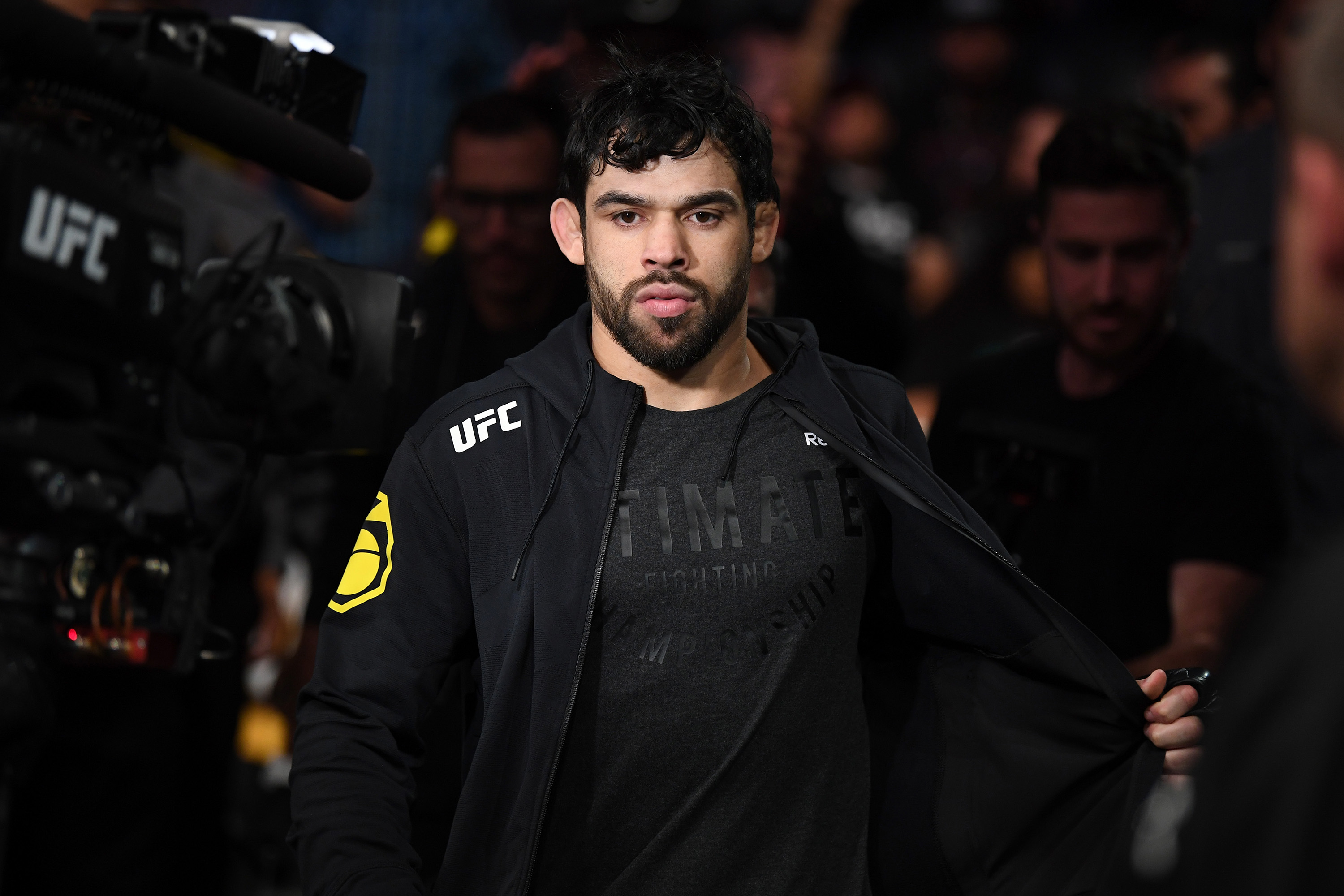 Dillashaw ended up with a knockout out Soto in the fifth round to retain his title.

Dillashaw vs. Barao finally took place at UFC on Fox 16 in July 2015, where Dillashaw retained his belt after knocking out his opponent.

On April 5, 2018, as media day for UFC 223 wrapped up, Conor McGregor and his team attacked a UFC bus that was transporting multiple fighters.

McGregor intended target was Khabib Nurmagomedov, but instead Michael Chiesa was injured as a result. 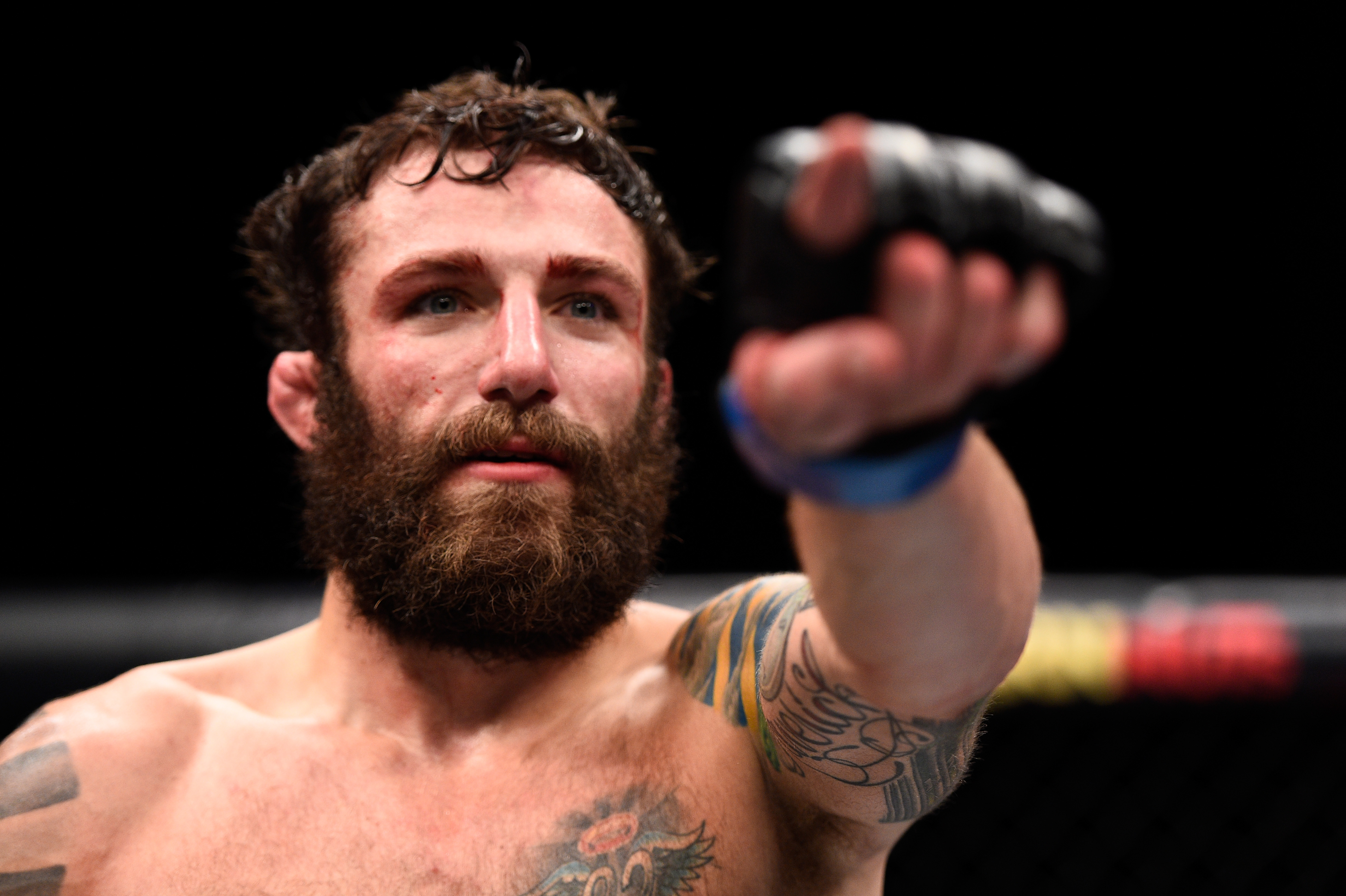 McGregor threw a steel dolly against the bus window, which caused it to shatter leaving a bloody Chiesa on the wrong end of the assault.

The shattered glass caused cuts to Chiesa’s face, which resulted in the cancelation of his fight against Anthony Pettis the next day.

Aside from cancelling Chiesa’s fight, the UFC also scrapped the Flyweight championship fight between Ray Borg and Brandon Moreno (c) because the champ also sustained injuries from the incident.

The fight between Artem Lobov and Alex Caceres was also called off because of Lobov’s involvement in the incident.

The cancellation of the fight between Tony Ferguson and Khabib Nurmagomedov at UFC 223 in 2017 was one of the most head scratching moments in the sport's history. 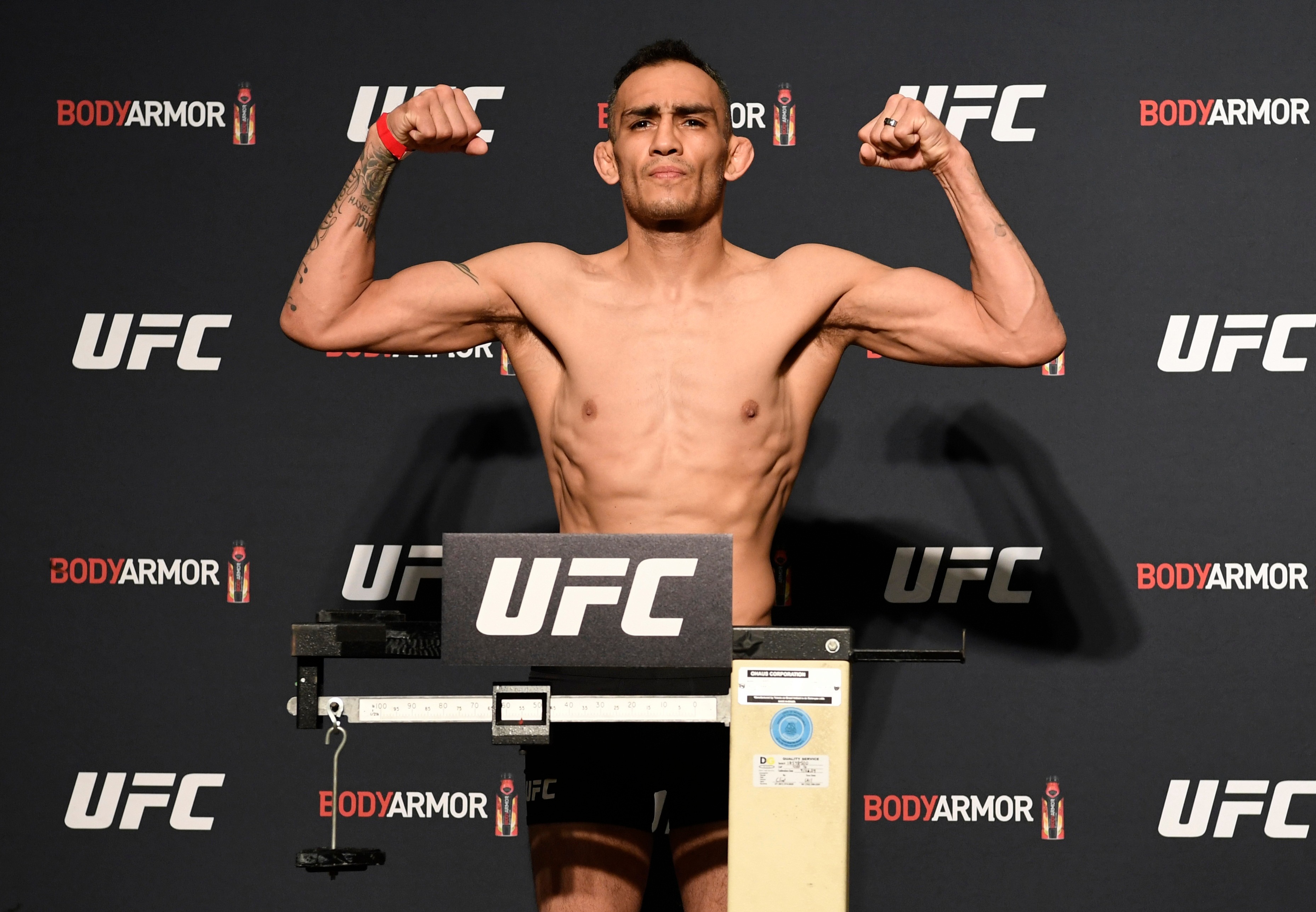 On April 1, a week before the matchup, Ferguson revealed on social media that he tore his LCL when he tripped over a cable during an in-studio interview.

As the UFC scrambled to find an opponent for Nurmagomedov, they flew out then-featherweight champion Max Holloway, despite the weight class difference.

Holloway failed to make the 155-pound limit to fight Nurmagomedov and the fight was called off. 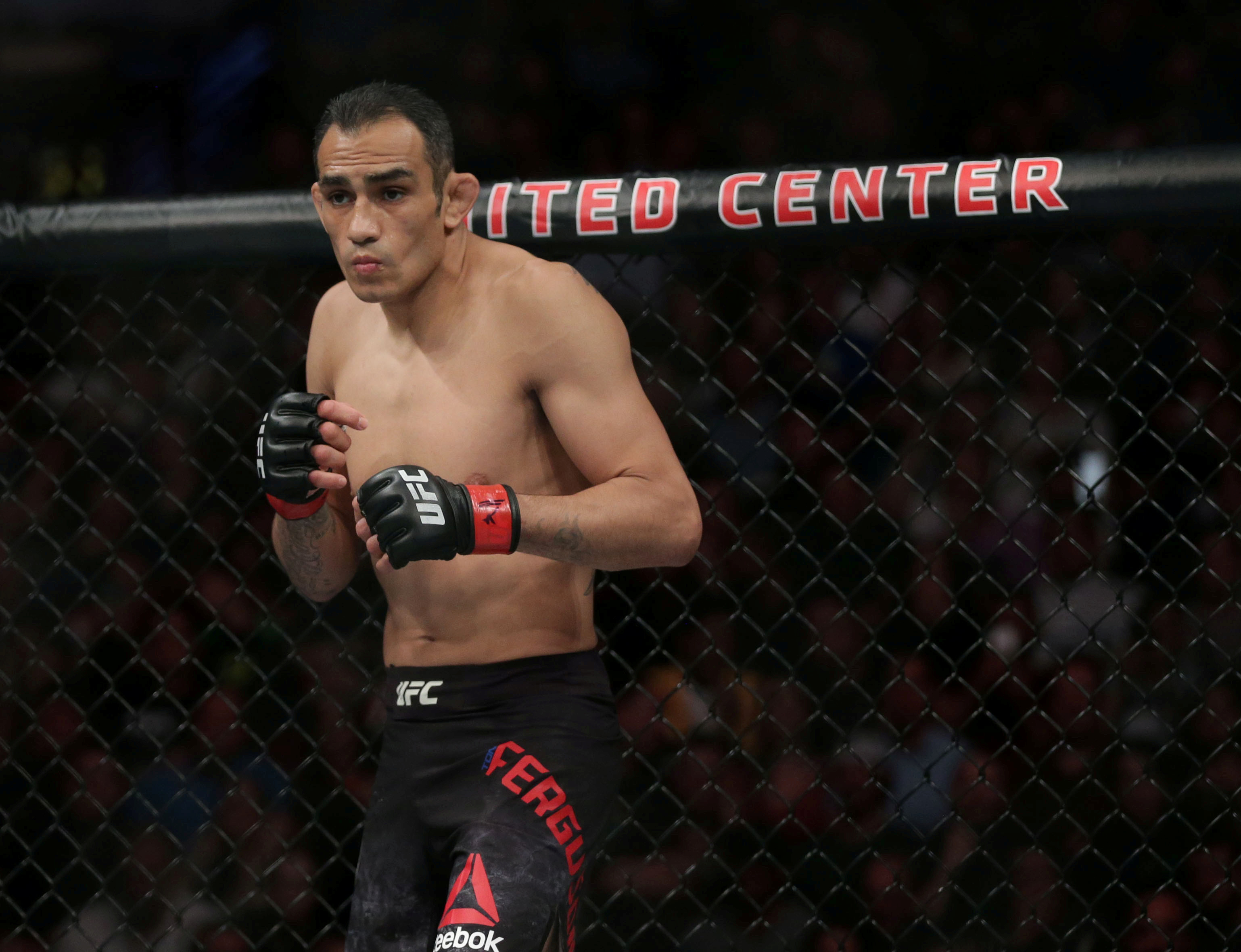 Instead, Al Iaquinta, who was scheduled to fight Paul Felder at the event, was bumped to the main event to take on Nurmagomedov.

Nurmagomedov would go on to defeat Iaquinta to capture the vacant lightweight championship.

On April 18, at UFC 249, the long awaited fight between Ferguson and Nurmagomedov looked like it was finally going to take place.

However, due to the coronavirus pandemic travel restrictions kept Nurmagomedov in Russia and the title bout was scrapped again.

09/25/2020 World News Comments Off on The strangest reasons UFC stars have pulled out of a contest, including one fighter who tripped over a wire
Recent Posts