LONDON (Reuters) – Fervent Brexit campaigner Boris Johnson and foreign minister Jeremy Hunt emerged on Thursday as the only two candidates left in the race to become British prime minister, with the flamboyant Johnson odds-on favorite to win next month.

Despite a series of scandals in the past and criticism about his attention to detail, Johnson has dominated the race since Theresa May announced a month ago that she would step down after failing to get her Brexit deal through parliament.

About a dozen candidates put their names forward, but In a fifth and final ballot of Conservative lawmakers, which eliminated Environment Secretary Michael Gove, Johnson was again way out in front with 160 out of 313 votes, versus Hunt’s 77. One ballot paper was rejected.

Whoever wins will have to find a solution to the Brexit turmoil, Britain’s biggest political crisis in a generation, which eluded May for three years and ultimately led to her downfall.

Known for his mop of blonde hair, Johnson, 55, who served as London mayor for eight years, has cast himself as the only candidate who can deliver Brexit on Oct. 31 while fighting off the electoral threats of Nigel Farage’s Brexit Party and socialist Jeremy Corbyn’s Labour.

Gove was third with 75. Interior minister Sajid Javid was knocked out in the fourth round earlier on Thursday.

“I look forward to getting out across the UK and to set out my plan to deliver Brexit, unite our country, and create a brighter future for all of us,” Johnson said.

Hunt, once an opponent of leaving the European Union who has now promised to exit with a deal, cast himself as the underdog.

“In politics surprises happen as they did today,” he said. “I do not doubt the responsibility on my shoulders – to show my party how we deliver Brexit and not an election, but also a turbo-charged economy and a country that walks tall in the world.”

Hustings will be held across the country for the roughly 160,000 Conservative Party grassroots members who will decide on who will be their new leader – and Britain’s next prime minister. The result of the postal ballot will be announced in the week of July 22.

Johnson has pledged to leave the European Union on Oct. 31 with or without a deal. The EU has said it will not renegotiate the divorce deal that May agreed last year and the British parliament has indicated it will block a no-deal exit.

He has not addressed how he will solve that riddle, while Irish Prime Minister Leo Varadkar said before a meeting of EU leaders on Thursday that the bloc was losing patience with Britain and would not consider another delay to the divorce.

“If they choose Boris Johnson, he will have to deal with us on the agreement we have done with Theresa May,” Luxembourg Prime Minister Xavier Bettel said.

The rise of Alexander Boris de Pfeffel Johnson – known as simply “Boris” – to pole position for leading the world’s fifth largest economy, is the grandest twist so far in a career that has morphed from journalism via TV-show fame, comedy and scandal into the brinkmanship of Britain’s Brexit crisis.

Born in New York, Johnson was educated at Eton, Britain’s most exclusive school, and at Balliol College, Oxford. He began his career at a management consultancy in the City of London but dropped out after a week.

He then turned to journalism but was sacked from The Times newspaper for making up quotes. 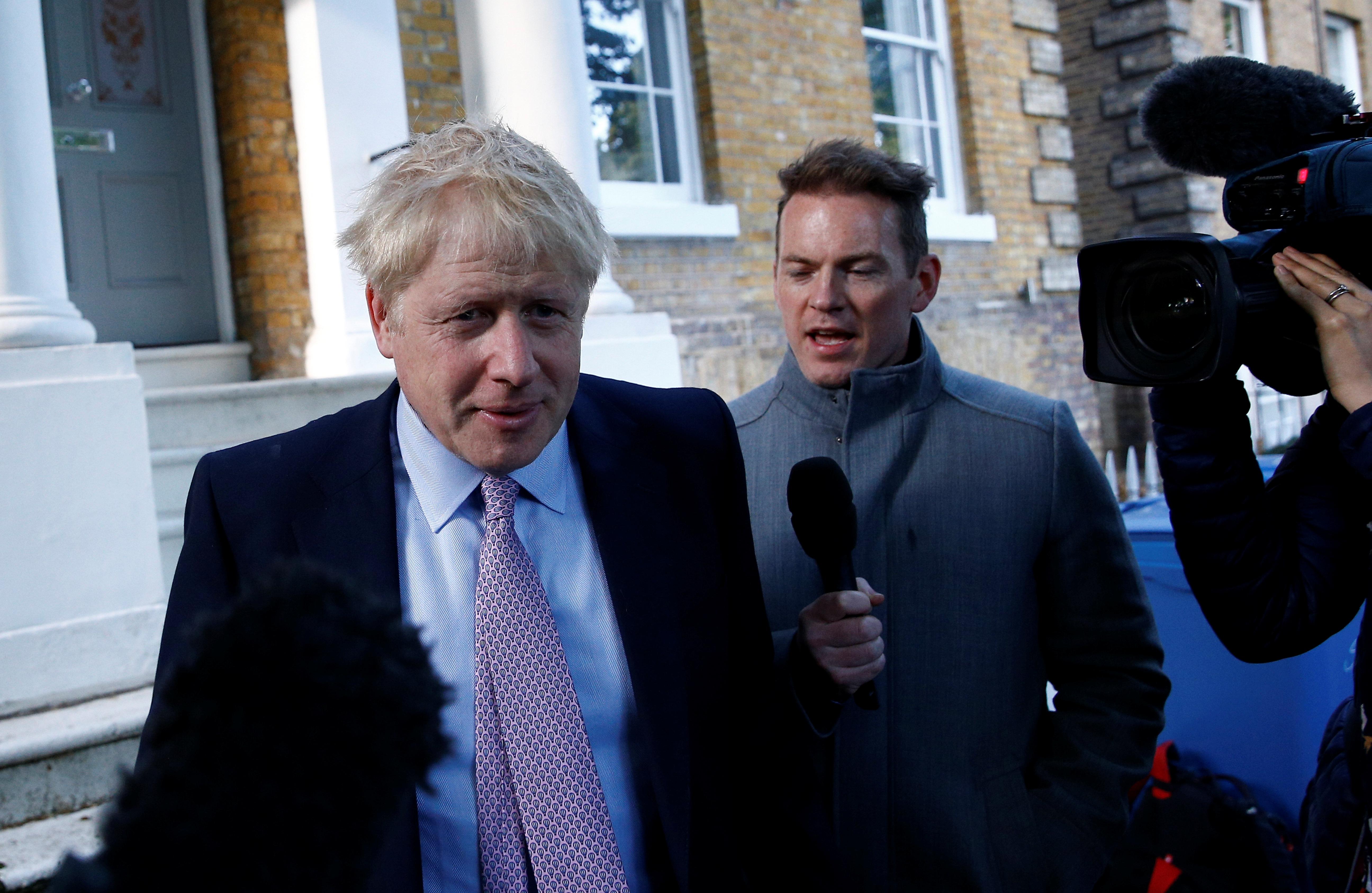 After entering politics, Johnson was sacked from the Conservative Party’s policy team while in opposition for lying about an extra-marital affair.

But his charismatic oratory and disarmingly self-deprecating confidence allowed him to survive both gaffes and scandal. He won two terms as London mayor from 2008 to 2016.

In 2016, he became one of the most recognizable faces of the Brexit campaign which won the referendum with 52% of the votes cast versus 48% for staying in.

His bid to replace former prime minister David Cameron, who resigned after the referendum, was foiled by Gove who pulled out of his campaign saying Johnson was unsuitable for the job.

After May won the premiership, she prompted consternation in European capitals by appointing Johnson foreign minister. He resigned in 2018 over May’s handling of Brexit.

Jeremy Richard Streynsham Hunt, the son of an admiral, was educated at the prestigious fee-paying Charterhouse school before studying philosophy, politics, and economics at Magdalen College, Oxford.

After working as an English teacher in Japan, he went on to found an educational publishing firm. He speaks fluent Japanese and has a Chinese wife.

After Johnson resigned as foreign secretary, Hunt, while on a visit to China, accidentally referred to his wife as Japanese.

He supported remaining in the EU in the 2016 referendum but has since promised to lead Britain out of the bloc.

Hunt says that while he would prefer to leave the EU with a deal, he believes a no-deal exit is better than no Brexit.

He was the most senior figure vying to succeed May to reject a threat to leave with no deal by the end of October, saying lawmakers would block any such move.

“Any prime minister who promised to leave the EU by a specific date – without the time to renegotiate and pass a new deal – would, in effect, be committing to a general election the moment parliament tried to stop it,” he said.

“And trying to deliver no deal through a general election is not a solution; it is political suicide.

“A different deal is, therefore, the only solution … That means negotiations that take us out of the customs union while generously respecting legitimate concerns about the Irish border.”

06/20/2019 World News Comments Off on Then there were two: Johnson and Hunt fight for British PM job
Recent Posts