When the Bootleg fire tore through a nature reserve in Oregon this summer, the destruction varied in different areas. Researchers say forest management methods, including controlled burns, were a big factor.

Send any friend a story

As a subscriber, you have 10 gift articles to give each month. Anyone can read what you share. 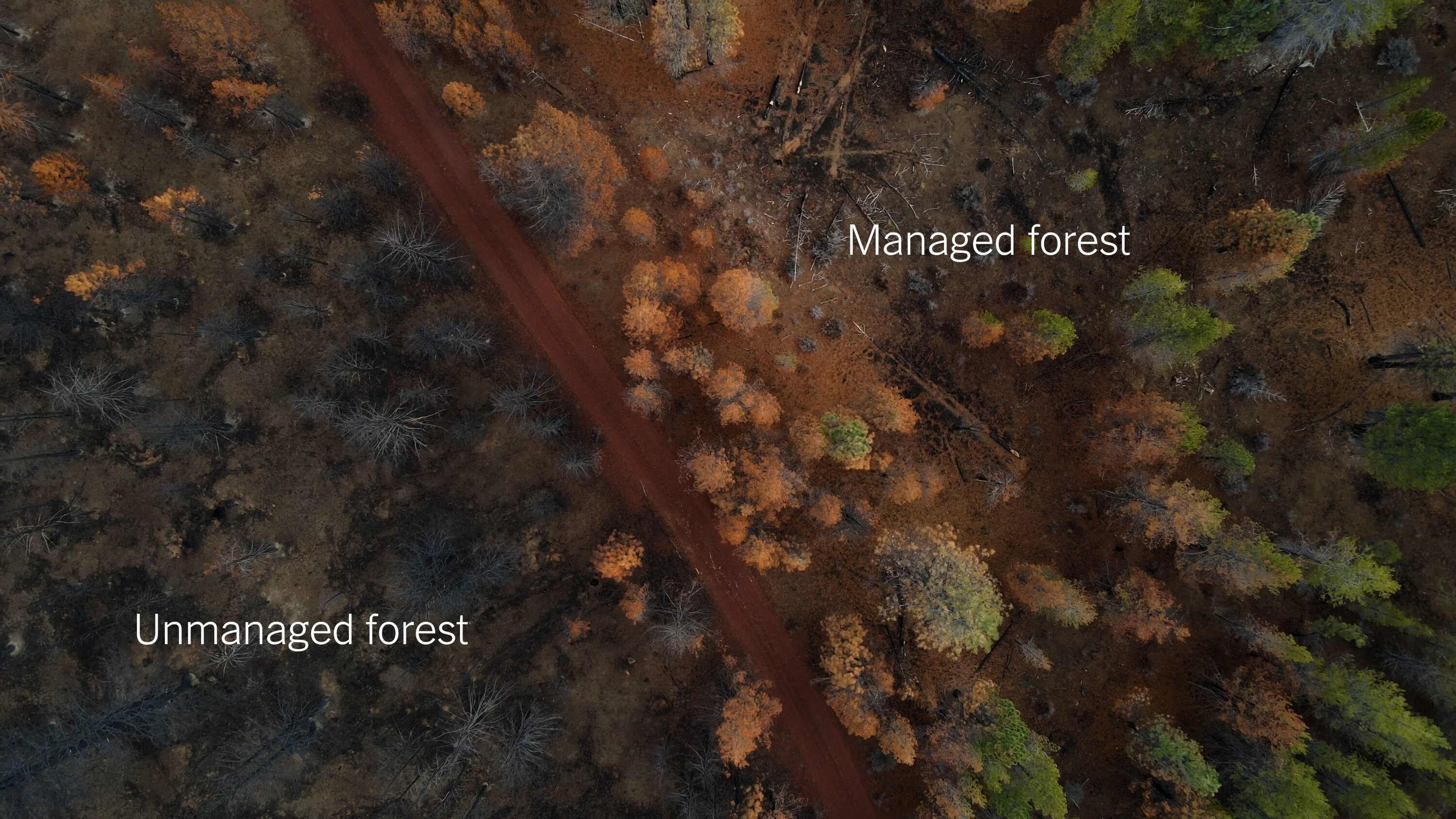 SILVER LAKE, Ore. — When a monster of a wildfire whipped into the Sycan Marsh Preserve here in south-central Oregon in July, Katie Sauerbrey feared the worst.

Ms. Sauerbrey, a fire manager for The Nature Conservancy, the conservation group that owns the 30,000-acre preserve, was in charge of a crew helping to fight the blaze — the Bootleg fire, one of the largest in a summer of extreme heat and dryness in the West — and protect a research station on the property.

Watching the fire, which had already rapidly burned through thousands of acres of adjacent national forest, she saw a shocking sight: Flames 200 feet high were coming over a nearby ridge. “I said, OK, there’s nothing we can do,” she recalled.

But as the fire got closer, it changed dramatically, Ms. Sauerbrey said. “It had gone from the most extreme fire behavior I had ever seen in my career to seeing four-foot flame lengths moving through the stand.” While the fire kept burning through the forest, its lower intensity spared many trees, and the station survived.

Firefighters describe this kind of change in behavior as a fire “dropping down,” shifting from one with intense flames that spread quickly from tree crown to tree crown to a lower-level burn that is less dangerous. There are various reasons this can happen, including localized changes in winds, moisture, tree types and topography.

But for Ms. Sauerbrey and her colleagues with The Nature Conservancy, what she witnessed was most likely a real-life example of what they and others have been studying for years: how thinning of trees in overgrown forests, combined with prescribed, or controlled, burns of accumulated dead vegetation on the forest floor, can help achieve the goal of reducing the intensity of wildfires by removing much of the fuel that feeds them.

It’s a goal shared by others in the West, where the 2021 fire season saw several extremely large fires. The Bootleg fire, which burned more than 400,000 acres, was one of the largest in the state’s history. And two fires in Northern California, the Dixie and Caldor fires, together burned 1.2 million acres.

Drought and extreme heat, made worse by global warming, play a role by making forests tinder dry and easier to burn. But many researchers say that more than a century of management policies that called for every fire to be extinguished, no matter how small, also contribute to the problem by allowing dead vegetation to accumulate and add fuel to fires.

That July day, the Bootleg fire reached a part of the preserve called the Coyote Restoration, which had been treated twice. In 2016 it was thinned, and three years later Ms. Sauerbrey, a “burn boss” certified to plan and conduct prescribed fires, had burned out the dead underbrush. 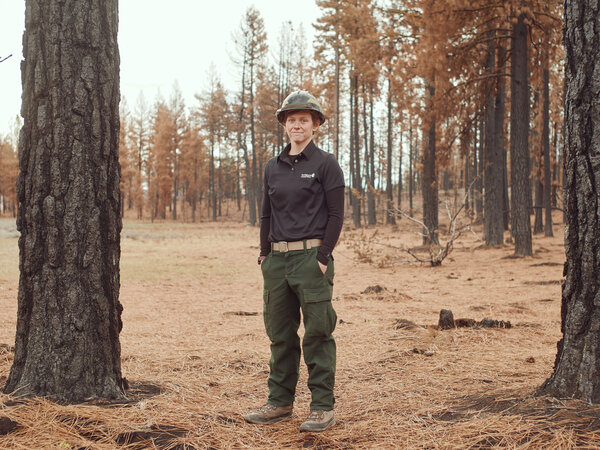 “Undoubtedly in my mind, those buildings would not be there if we hadn’t done these treatments,” she said, although the conservancy is also beginning research to better understand why the fire behaved as it did.

The organization has been studying forest treatments at Sycan Marsh for nearly two decades. The goal has been to use thinning and intentional burning to restore forests closer to conditions that existed in the past, when fire was a regular part of the forest life cycle and naturally removed some trees and dead underbrush.

“We’ve been suppressing fire in these systems for 150 to 120 years,” said James Johnston, a researcher at Oregon State University. “And when there is ignition, drought, dry weather and high winds, we have fires that burn hundreds of thousands of acres.” These fires kill most of the large trees that make up the forest canopy, which is not what happened historically, he added.

Thinning has often been criticized as a way for timber companies to harvest the biggest, most valuable trees in a forest with little regard for the ecological consequences. And prescribed burns can in rare cases be disastrous: One in New Mexico in 2000 was driven out of control by unexpected winds and eventually destroyed more than 200 homes.

But done with care, and with regard for forest ecology, researchers say, these techniques can make forests healthier and more resilient to fire.

“Our past forest management did certainly log a lot of our larger trees out,” said Sharon Hood, a research ecologist with United States Forest Service in Montana. But practices have changed, she said.

“Thinning allows us to quickly change the forest structure and which species are there,” mimicking the way forests were disturbed in the past, she said. “You can design thinning to be as complex or as simple as you want.” 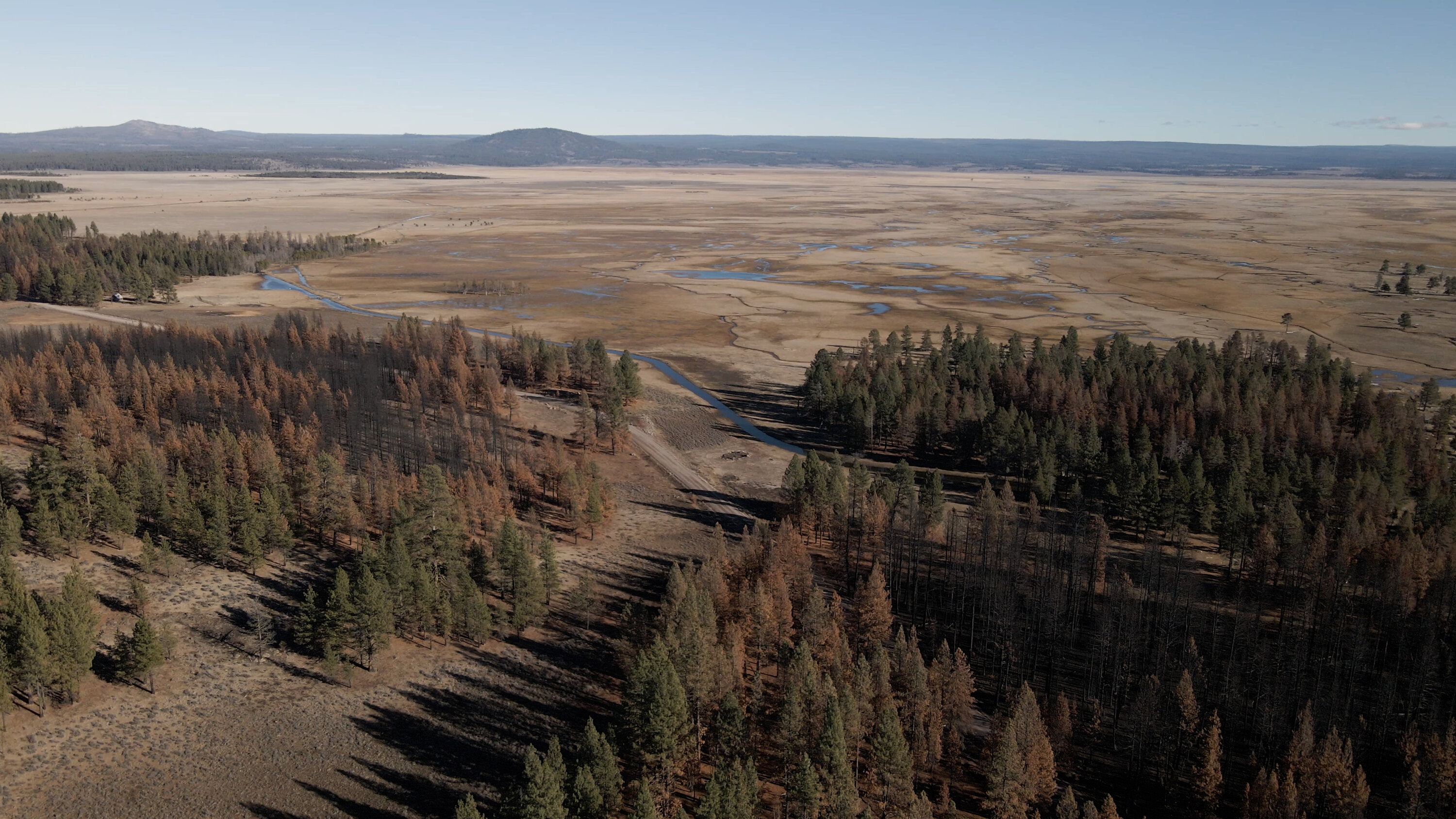 At Sycan Marsh, The Nature Conservancy works with the Forest Service, academic researchers and with the Klamath and other local Native American tribes, who have a long tradition of managing forests through intentional fire.

“These forests were driven by frequent fire and they were resilient to fire, insects, drought — all these things because of frequent fire,” said Pete Caligiuri, who directs the conservancy’s forest restoration program in Oregon.

The preserve is essentially a large laboratory, with different treatments applied in parts of the forest, which is dominated by lodgepole and ponderosa pines. Large ponderosas, in particular, are often left standing, as their thick bark and other characteristics make them more fire resistant.

In some plots, thinning is designed to leave clusters of trees, made up of a mixture of species and ages. In others there’s less of a discernible pattern.

But there’s reasoning behind every decision to keep or lose a tree, said Craig Bienz, director of the Sycan Marsh program. The plots are studied to see how well they encourage growth, for example, or how healthy the crowns are.

Biden’s climate agenda in peril. President Biden is facing an increasingly narrow path to fulfill his ambitious environmental goals with the Build Back Better Act — which contains $555 billion in proposed climate action — in limbo on Capitol Hill.

How some cities are reducing emissions. A district in London has developed an innovative way to divert subway heat for buildings to lower carbon emissions. Stockholm and Vancouver are turning to waste heat from sewage instead.

Sounding the alarm. A report on the state of the Arctic highlights troubling and consistent trends in the region that are linked to global warming. Researchers are also growing increasingly concerned about Antarctica, where ice shelves are melting and wilder winds are altering crucial currents.

Prescribed burns are conducted on some plots. In the Bootleg fire, the Coyote Restoration, which had been both thinned and burned, appeared to fare the best. Another area that had been thinned but where a scheduled prescribed burn had been delayed, suffered more fire damage. A control plot, which was neither thinned nor burned, was largely incinerated as the fire swept through.

While ideally in most cases thinning should be followed by a prescribed burn, burns are costly, face regulatory hurdles including ones related to smoke, and are often opposed by nearby landowners concerned about the risks of flames becoming out of control.

As a result, prescribed burns on national forest lands lag well behind thinning. “We simply don’t have the money or personnel to do as much of prescribed fire as we want to,” Dr. Johnston said.

The Forest Service plans to increase the acreage treated with fire over the next decade, a spokesman, Wade Muehlhof, said, adding that money in the infrastructure bill signed by President Biden in November should help.

But Dr. Johnston’s research, in eastern Oregon, has shown that even thinning alone can be beneficial, at least for a time until there is substantial regeneration of trees and shrubs that increases the risk of a larger fire.

That research is part of a large body of work throughout the West that shows that forest treatments can work to reduce fire intensity. But the view that such treatments are beneficial is not shared by everyone.

Dominick DellaSala, chief scientist with Wild Heritage, an organization that seeks to keep primary forests intact, says that thinning, especially, is oversold as a treatment and that there are benefits to wildlife diversity in older, untouched forests — even after wildfire sweeps through them.

“It all depends on how we see the forest,” Dr. DellaSala said. In an untreated forest, what some might see as fuel, others “see as incredible habitat for wildlife because it’s a mosaic of different burn severities that is extraordinarily biodiverse.”

And preliminary research by a colleague, Bryant Baker, of Los Padres ForestWatch, a conservation group in Southern California, found that much of the forest land burned in the Bootleg fire had in fact been treated, mostly through thinning or clear-cutting but occasionally prescribed burning, as far back as the 1970s.

“This area was really heavily managed for decades,” he said.

Proponents of thinning and prescribed burns acknowledge that treatments won’t necessarily slow every fire, especially as fires grow larger and more ferocious in a warming world. But they say the evidence shows treatments are effective.

“It’s not rocket science,” Dr. Johnston said. “It’s the right thing to do, and it works.” 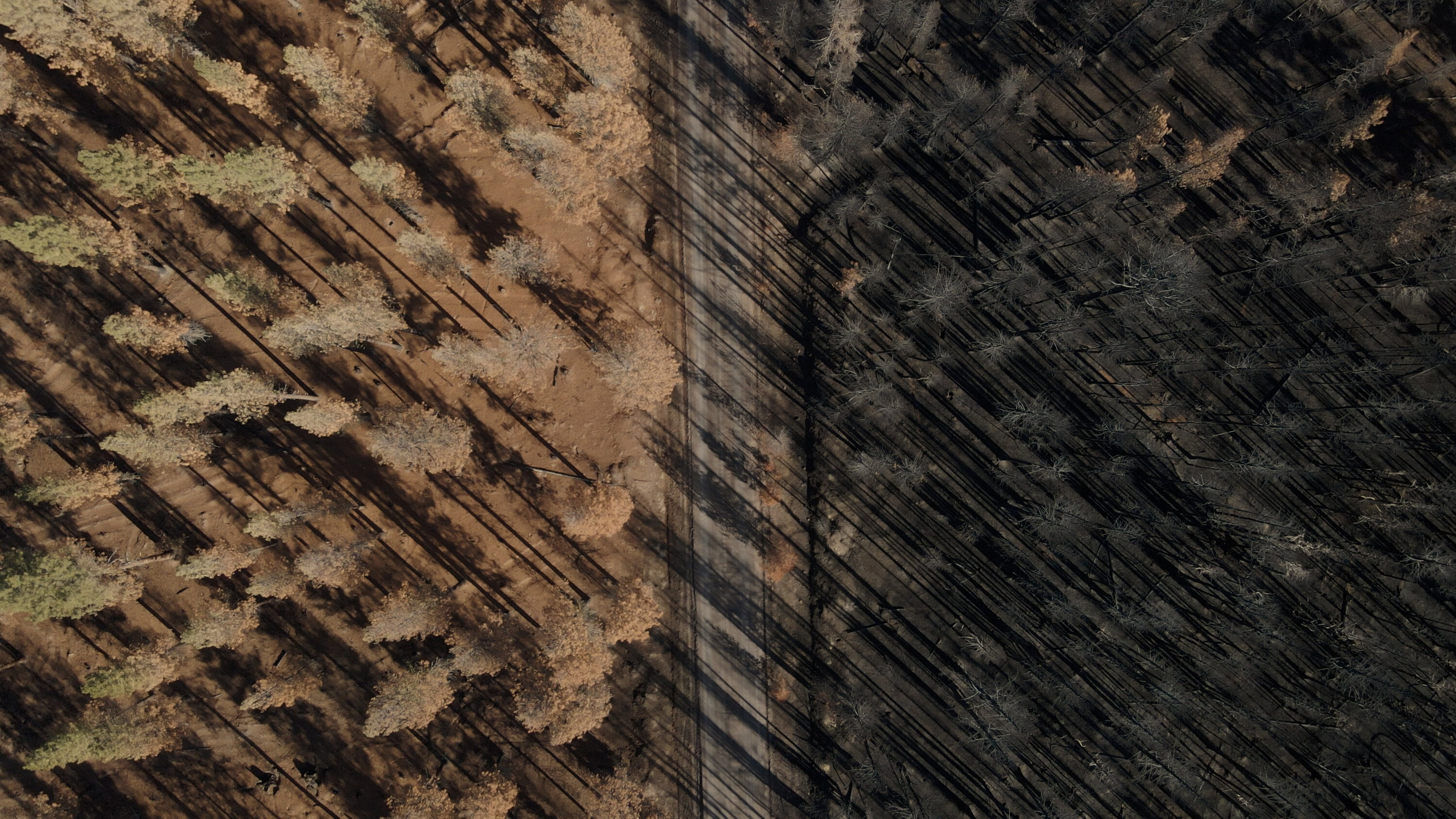