THREE people are still missing after the Colorado wildfires as heavy snowfall extinguished the most destructive blaze in the state's history.

Among the missing was 91-year-old grandmother Nadine Turnbull. The identity of the other two people has not yet been released. 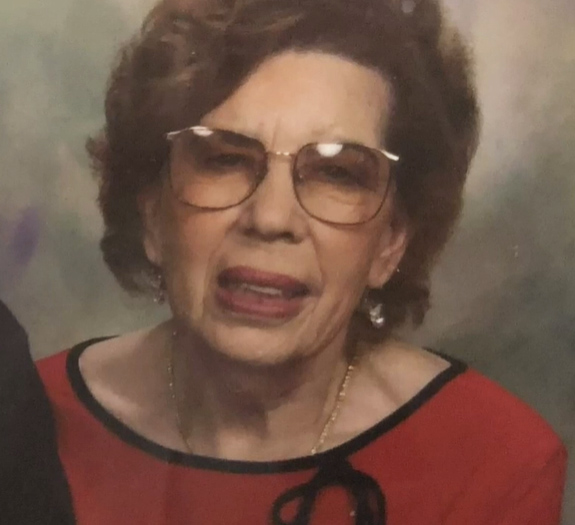 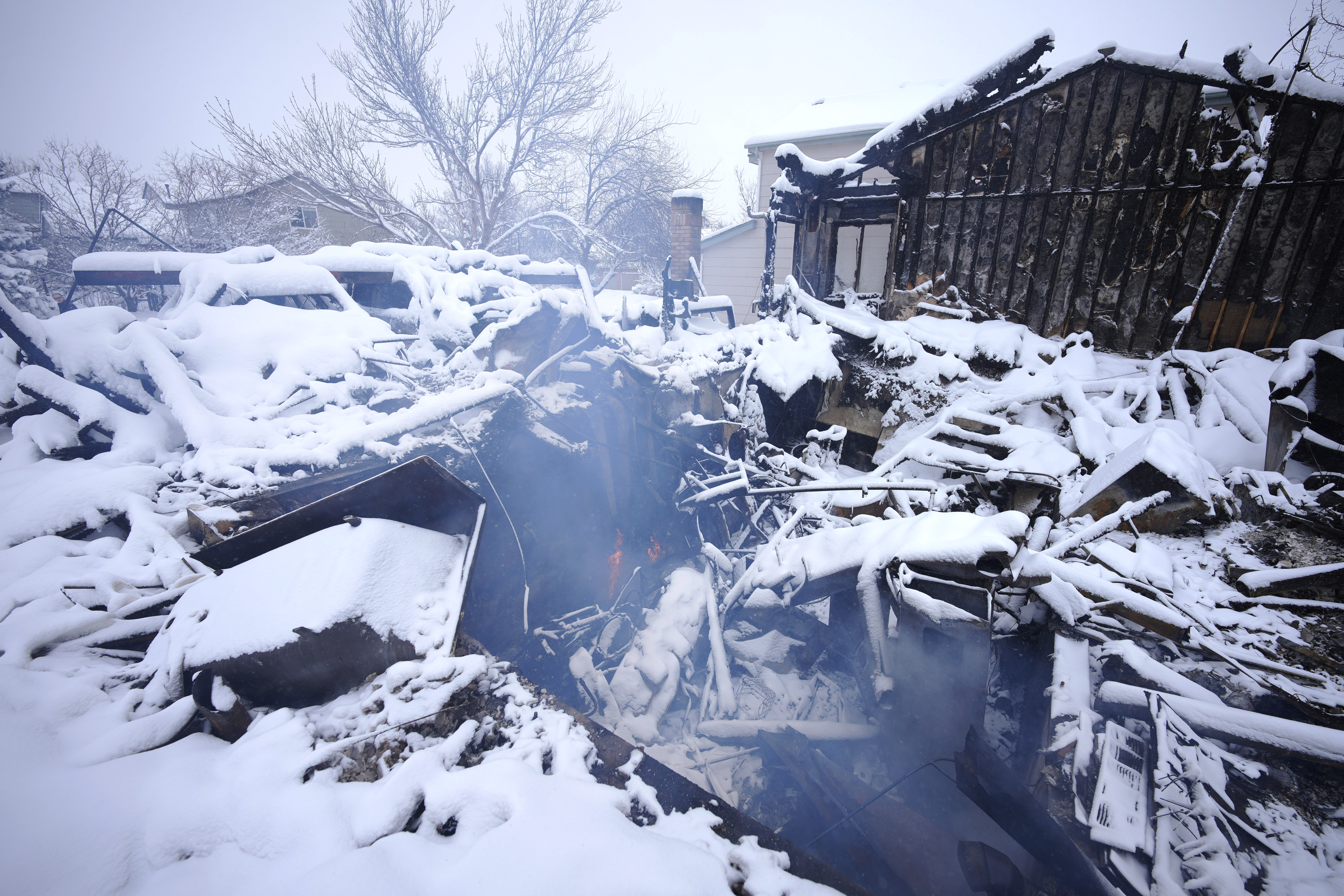 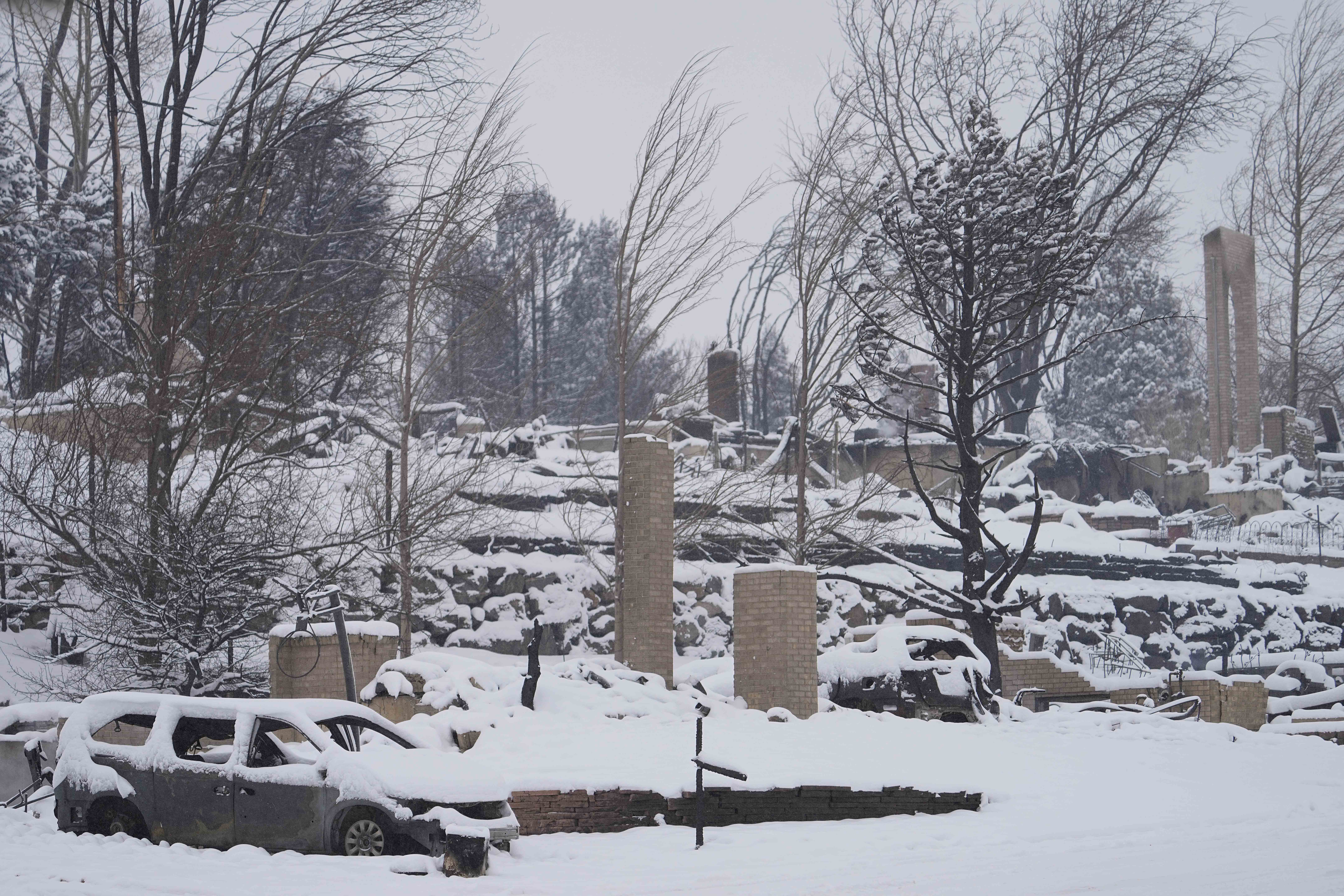 Hutch Armstrong, Nadine's grandson-in-law, told 9News that he and his family reporter the elderly woman missing after his wife's cousin said she could not get the 91-year-old out of their home in Old Town Superior during the blaze.

"They tried to go out the front door with the neighbor. It was engulfed. Checked the back door it was engulfed," Armstrong told the outlet.

Armstrong said the cousin made it out of the side door and tried to go back for Turnbull, where she suffered burns on her arms and legs.

However, Armstrong said that firefighters pulled her away.

Everton furious with Jordan Pickford over his wife's 'anti-vax' posts

Armstrong said that the family had to leave the blazing scene and feared the worse for their grandmother.

Read our Superior, Colorado fire blog for the very latest news and updates…

"It's difficult, difficult not knowing. Much rather know," he said.

In a media briefing on Friday, Boulder County Sheriff Joe Pelle's said that there was still no reports of casualties or fatalities.

"The missing person we had last night has been accounted for and is well," Pelle added, which left Armstrong and family confused.

"You hear no deaths. (We) reported her missing. That's the only one they said one woman reported missing. It just doesn't make sense," he said.

"I do think we have a right to know. If there's such a woman who was reported missing and then safe. Why can't I get the information? Is it her? Or, is it not?"

During a briefing on Saturday, Pelle confirmed that three people were missing and feared dead.

He added that 991 structures were destroyed and a further 127 were damaged.

Investigators are still trying to find the cause of the blaze that erupted on Thursday.

Pelle said utility officials found no downed power lines around where the fire broke out.

He said authorities were pursuing a number of tips and had executed a search warrant at "one particular location." He declined to give details.

The news came as an overnight dumping of snow and frigid temperatures on Saturday compounded the misery of hundreds of Colorado residents who started off the new year trying to salvage what remains of their homes.

At least 6 inches of snow and temperatures in the single digits cast an eerie scene amid the still-smoldering remains of homes.

Despite the shocking change in weather, the smell of smoke still permeated empty streets blocked off by National Guard troops in Humvees.

At least seven people were injured in the wildfire that erupted in and around Louisville and Superior, neighboring towns about 20 miles northwest of Denver with a combined population of 34,000. More than 500 homes were feared destroyed.

The blaze, which burned at least 9.4 square miles, was no longer considered an immediate threat.

Families forced to flee the flames with little warning began returning to their neighborhoods Friday to find a patchwork of devastation.

On some blocks, homes reduced to smoking ruins stood next to ones practically unscathed by the fires. 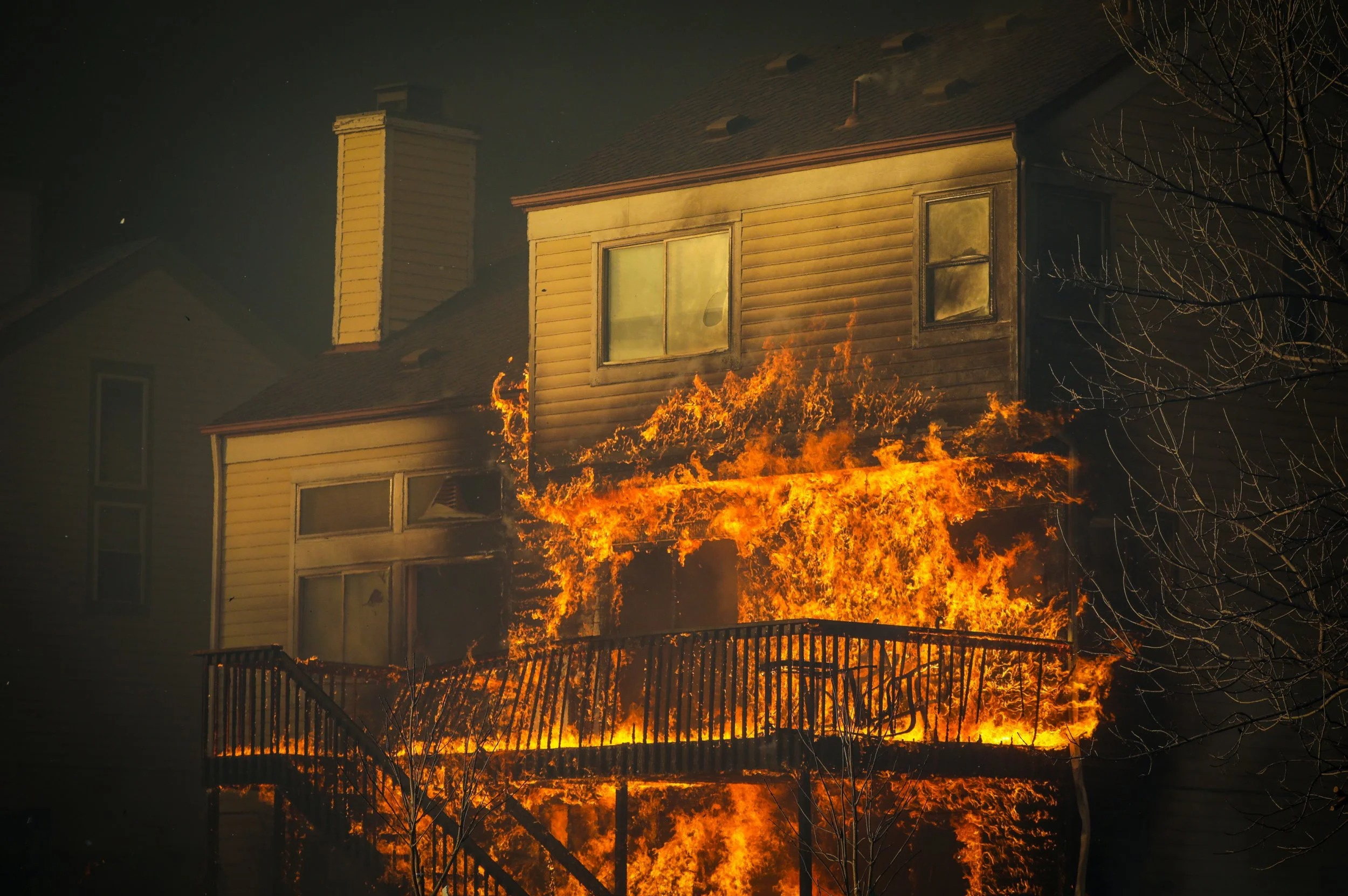 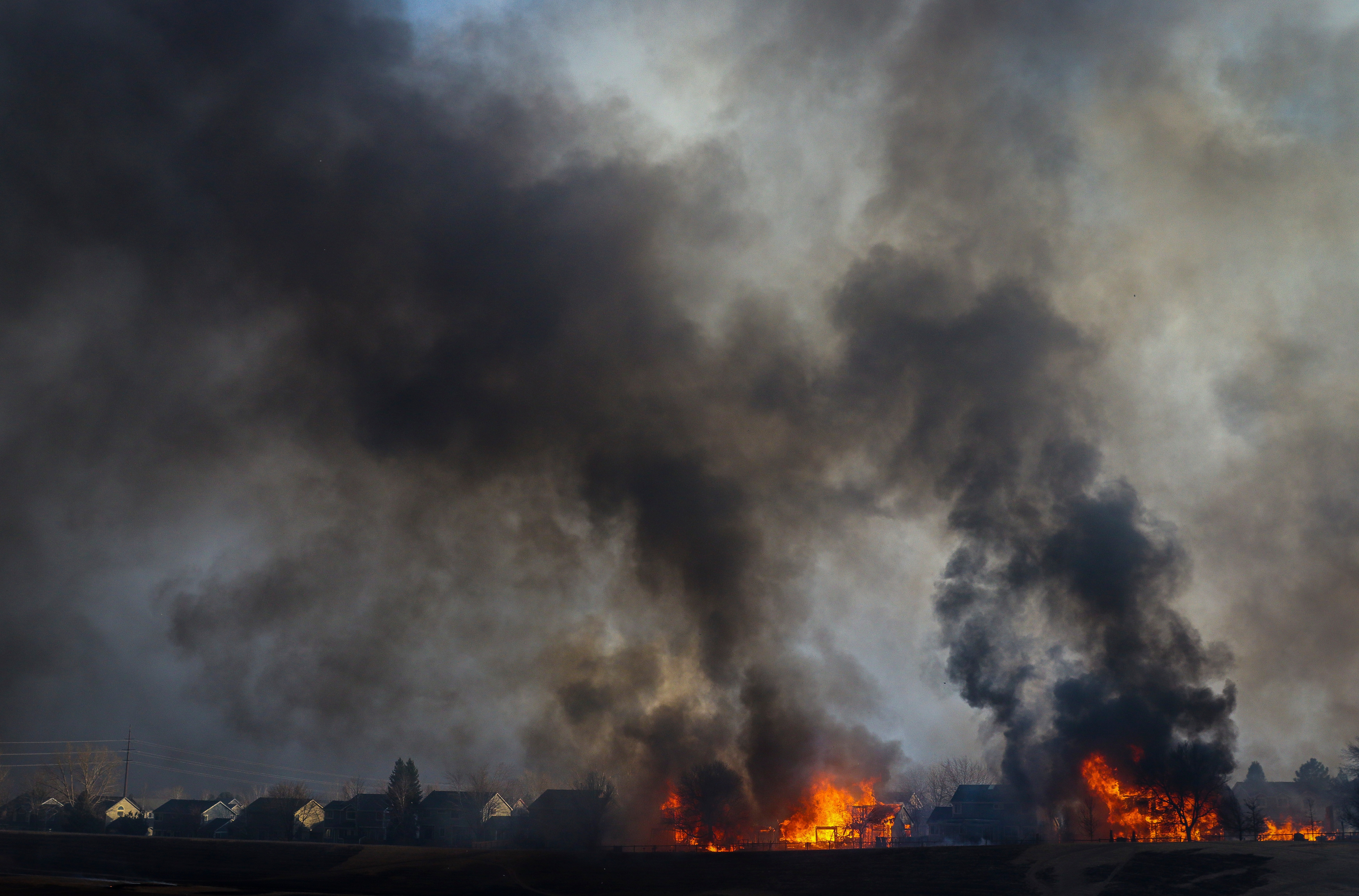