The new recruits of Top Gun: Maverick know that they have it going on! Jay Ellis and Glen Powell are well aware that their co-star, Miles Teller, has claimed the throne as TikTok’s latest sex symbol, with the viral clip of moviegoers playfully passing out in theaters after Teller’s character, Bradley “Rooster” Bradshaw, does a shirtless shimmy during the beach football scene, circulating the app. 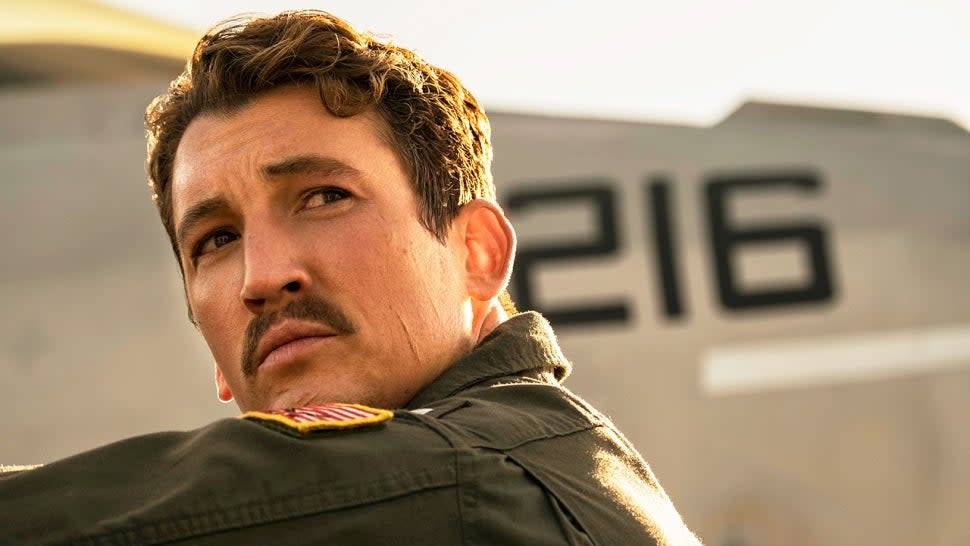 But when it comes to the actor’s signature move, his co-stars wouldn’t dare try it.

“That belongs to Miles,” Powell said.

“I can’t understand what it is to be honest with you. It’s a Miles Teller specialty,” Ellis added.

The cast of Top Gun Maverick — which also includes Tom Cruse reprising his role as Pete “Maverick” Mitchell, Jon Hamm and Monica Barbaro — has been riding the success of the film, which has topped the box office for two consecutive weeks.

He added, “This is amazing. I think for movie lovers, all of us who made this movie, we grew up loving movies. Obviously, we got into it for that reason and to see this come full circle and people enjoy this experience in theaters again and have a summer blockbuster, this is wild, this is crazy.”

And as for a Top Gun 3, Powell noted that Cruise and the cast are simply enjoying the sequel’s success before thinking about possibly taking to the skies yet again.

“I really think just enjoying this moment has been absolutely special, and has really been the most beautiful ride start to finish. It’s been incredible,” Powell said, adding, “If there is a Top Gun 3, we just have to figure out new cool things to do with F-18s.”

EXCLUSIVE: Tom Cruise on ‘Top Gun 2’ and Channeling His Passion for Aviation in His Movies